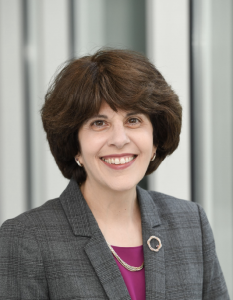 Angela C. Carmella is Professor of Law at Seton Hall University School of Law and the James B. and Anita L. Ventantonio Board of Visitors Research Scholar

Since the winter of 2020, COVID-19 has infected 7 million and killed 200,000 people in the United States. This public health tragedy, as well as its accompanying economic devastation, has fallen disproportionately on people of color. Additionally, more police brutality against African Americans in early summer has resulted in millions marching in Black Lives Matter protests. Further, more deaths and shattered lives result from surges in urban violence, armed militia movements, mental health crises, domestic violence, and substance abuse, as well as severe climate-related natural disasters—fires in the west, more frequent hurricanes in the southeast. Polarized politics make it more difficult to address these interconnected crises.

In times like these of extraordinary national grief and tragedy, there is much to mourn. In some parts of the country, gatherings at private funerals have been restricted because of the pandemic. But public mourning has been robust. Communities have created spontaneous memorials,street art and murals, websites, large-scale photo projections, and flag-filled yards—all to honor those who have died, often alone; the fallen health care workers and other essential workers; and victims of police brutality. Communities will continue these practices and will commemorate the tragic deaths in other, more permanent ways, with events and services, monuments and symbols. And so I pose the question: In the future, what will this commemoration look like?

I consider the words and images that emerge from our collective grieving, remembering, and monument-making to constitute civic expression that is sacred. This does not mean they are explicitly associated with a confessional faith. We express profound loss, anger, and hope together in public, civic spaces in a variety of ways. Public mourning at times incorporates religious language and images, but often does not. On the one hand, the Vietnam Memorial is a holy site inspiring great reverence, even though it contains no markings related to a particular faith.  The Edmund Pettus Bridge, on which Congressman John Lewis and other civil rights marchers were brutally attacked by state troopers, is itself a sacred civic icon. On the other hand, religious symbols are used to remember people and events, as with memorials to those killed in the First World War that often take the form of a Latin Cross. After the pandemic and recent protests, Americans will of necessity turn to the important cultural task of memorializing national grief and sorrow and crafting images for national atonement and reconciliation. This will be sacred civic activity, whether it is self-consciously religious or not.

Such an outpouring of national grief occurred after the attacks of September 11. The messy overlap of intense religiosity, patriotism and civic pride, remarkable courage, and extraordinary humanitarian service was on full display. In the immediate aftermath, the City of New York sponsored a prayer service that was overtly religious and intentionally pluralist. Later on, the Cross at Ground Zero became part of the World Trade Center museum, while the memorial to Flight 93 contains no explicitly religious markings even as it points to hallowed ground. Our experience with spontaneous and permanent memorials for September 11, and indeed for nearly every mass shooting and tragedy in recent decades, demonstrates profound fluidity between religious and non-religious expression.

The Establishment Clause sets the contours to religious language and imagery in sacred civic expression. For the most part, the jurisprudence has not been forged within the crucible of national grief. Public prayer cases have involved legislative invocations, and religious symbols cases have focused on holiday creches and menorahs and Ten Commandments monuments. Within the context of civic sorrow, the clause is obviously not applicable when non-state actors create memorials on private property or hold gatherings in public spaces, where freedoms of speech, religion, and assembly offer protection; no one pays heed to whether their grief is expressed in secular or religious terms. But when a state actor gets involved in coordinating or sponsoring sacred civic matters on government property, the Establishment Clause becomes relevant. Can religious texts and markings that come from particular faith communities and traditions inform our civic commemoration?

The current Establishment Clause jurisprudence holds that religious words and symbols can indeed have civic meaning and functions. Recognizing that the state has no competence to create a non-denominational faith or even its own civil religion, the Supreme Court, per Justice Kennedy, has noted that even intensely religious words and symbols can carry civic meaning because “religious themes provide particular means to universal ends.” In Town of Greece v. Galloway, the Court in 2014 upheld a clergy rotation system to deliver opening prayers at town legislative sessions, even though the clergy were predominantly Christian and their prayers explicitly confessional. Five years later, in American Legion v. American Humanist Assn., the Court held that a cross standing for a century on public property, installed to honor the local men who died in World War I—representing the public grieving of that era—was not barred by the clause.

Despite this latitude, state actors are subject to constraints in order to preserve the clause’s primary value of political equality: ensuring that religion is not made relevant to one’s standing in the political community. In its sacred civic expression, the Town of Greece Court makes clear that government may not act to: proselytize, advance, or disparage any faith or belief; exclude, coerce, or intimidate based on faith; denigrate another’s faith, threaten damnation, or preach conversion.  Sacred civic expression must show, as Justice Alito noted in American Legion, “respect and tolerance for differing views, [and] an honest endeavor to achieve inclusivity and nondiscrimination.” Justice Kagan, echoing the respect for pluralism, neutrality, and inclusion, added the need to avoid religiously based social conflict. Thus, these decisions suggest that, given our long history and contemporary situation of a religiously pluralistic population, religious modes of sacred civic expression are permitted as long as constraints like these are respected. The jurisprudence eschews a strict separationist approach, which is ever suspicious of religion’s presence in governmental space, more prevalent a few decades ago.

The main benefit of such a relaxed jurisprudence is that it allows individuals and communities to give voice to grieving and sorrow without being burdened with a heightened scrupulosity against any religious phrase or image. Yet the dangers of a comfortable relationship between church and state continue to exist: Religious separationists have always cautioned about the harms to religious communities and to the polity that can result from mixing religion and government. The potential for exclusion of non-favored groups is a major concern. Further, government appropriation of religious texts or images for civic or political purposes can easily undermine their integrity as well as the independence of the groups that steward them. Are the Court’s constraints sufficient to protect against situations where church and state merge in ways that exclude citizens or demean religion? Will the Court allow latitude when it comes to collective grief, but draw the line at political pandering to religious groups? Will a relaxed jurisprudence ensure inclusion and non-discrimination rather than dominance of some groups and subjugation of others? In short, will this reading of the Establishment Clause promote and not subvert political equality?

These questions take on increased urgency because of our deep identity crisis over race, which recently has played out in conflicts over sacred civic words and symbols. Many have again questioned the ubiquity of Confederate monuments, flags, and place names; some of these have been torn down in protest. The critique has included the founders and some religious figures as well. President Trump’s Executive Order of June 26, 2020 promises prosecution of anyone who “destroys, damages, vandalizes, or desecrates a monument, memorial, or statue” or “damages, defaces, or destroys religious property, including by attacking, removing, or defacing depictions of Jesus or other religious figures or religious art work.” Armed federal agents deployed to protect federal property pursuant to this order have further inflamed the divisions.

The conservative political narrative suggests that sacred symbols, both civic and religious, are historical and traditionalist. But the grieving families who have lost loved ones to COVID-19 and the anguished protesters who have lost generations to racial injustice are creating sacred symbols of their own, producing new icons as well as reinterpreting old ones, adapting both religious and non-religious modes of expression. This relaxed Establishment jurisprudence, grounded in inclusivity and nondiscrimination, would accommodate more than traditional religious prayers and symbols. It would protect the sacred civic expression of underrepresented communities whose activism has been, and continues to be, deeply rooted in faith traditions. (Even the Black Lives Matters mural, which the Mayor of D.C. ordered painted on a street near the White House, was recently challenged—unsuccessfully as to plaintiff standing—as a religious symbol unlawfully on government property.) Abright line—confining religion behind a wall of separation—is neither possible nor desirable in such a religiously pluralistic and dynamic society. All the more reason for the Establishment Clause to mediate the contours of this messy reality by promoting and protecting the primary value of political equality.

More Than a Feeling