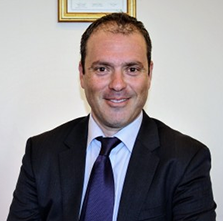 Avraham Weber is an adjunct lecturer at Philipps–University Marburg and a visiting scholar at CUNY Brooklyn College. The post is dedicated to the 70th anniversary of the Luxembourg Agreement.

Legalization of the Term Genocide and Individual Claims of Holocaust Survivors

December 1946 brought the United Nations Assembly General to vote on a unanimous resolution, embedding for the first time in history the legal term genocide. Not long after, in December 1948, the UN would adopt the treaty for prevention of genocide. Further important developments in international humanitarian law soon followed, mainly in the form of the Universal Declaration of Human Rights, adopted a day later, also in December 1948. This wave of declarations, and the move to create an open, individual rights–based discussion within international law, paved the way for continued recognition of individuals as the subject of international law. This is demonstrated in the First Protocol of the Geneva IV Convention and, of course, later in the Rome Statute, establishing the International Criminal Court.

END_OF_DOCUMENT_TOKEN_TO_BE_REPLACED

Michelle Coleman is a Lecturer in Law at Swansea University

On September 17, 2021, Rehman Chishti and Knox Thames wrote a blog post for the New Atlanticist calling for the US and UK governments to label the crimes committed by Myanmar’s military against the Rohingya Muslims a “genocide.” Specifically, they call for this label to be used by the United States and United Kingdom during the United Nations General Conference. They argue that identifying this situation as a genocide would remind the world that there is an ongoing conflict with atrocities being committed, create pressure that would discourage the new Myanmar government from continuing these atrocities, and encourage the US and UK to refer to matter to the International Criminal Court or use universal jurisdiction to prosecute those involved.

These are admirable goals. The Rohingya Muslims have suffered varying degrees of persecution since the 1970s. The situation escalated in 2017 however when Rohingya militants attacked 30 police posts. Myanmar’s army responded to those attacks by destroying at least 288 villages, killing thousands, and driving 700,000 Rohingya out of the country. The violence against the Rohingya people continues to this day.

END_OF_DOCUMENT_TOKEN_TO_BE_REPLACED

Continue Reading The Recognition of the Rohingya Genocide: An International Criminal Law Perspective

Ewelina Ochab makes the case for why sometimes equality is not sufficient. The survivors of genocide require priority. The concept of human dignity can be a guideline in the application of equality or equity based intervention, and leads to emphasising prevention over subsequent humanitarian aid.

This talk was presented on 1st June 2019 at TEDxGoodenoughCollege – eQuality. END_OF_DOCUMENT_TOKEN_TO_BE_REPLACED

Continue Reading Beyond equality: How should we aid survivors of genocide?