In September 2022 The Review of Faith & International Affairs published an issue dedicated to freedom of religion or belief (FoRB) and women’s rights across the OSCE region. The issue was edited by Elizabeth A. Clark and Dmytro Vovk and brought together a broad and rich variety of papers focusing on international law issues; the role religions and religious freedom play in the promotion of gender equality, as well as in religion-related reservations and political opposition to relevant international law; and tensions between religious organizations and human rights defenders working in this sphere.

END_OF_DOCUMENT_TOKEN_TO_BE_REPLACED 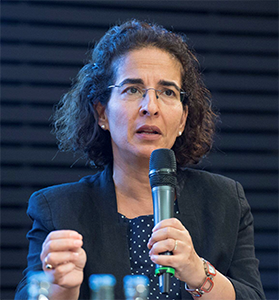 END_OF_DOCUMENT_TOKEN_TO_BE_REPLACED

Yeshiva University, one of the oldest Jewish institutions of higher education in the United States, refused to recognize a student “Pride Alliance” club based on its inconsistency with Torah values. A group of students and alumni has sued the university, demanding official recognition of the club. On 14 September 2022, the U.S. Supreme Court declined to protect the university from a New York trial court order requiring it to recognize the LGBTQ+ club.

BYU Law Professor Frederick Mark Gedicks comments on the main issue of the case, elaborates on the strongest arguments in favor of Yeshiva’s and the club’s positions, and tries to predict how the U.S. Supreme Court would decide this case on merits.