On June 26, 2015 the Supreme Court of the United States issued its momentous opinion in Obergefell v. Hodges.  Only a few SCOTUS decisions have provoked such strong debate over the majority’s arguments and its understanding of human dignity or the nature of judicial power.  In this blog conversation, American and European legal scholars and lawyers reflect on the postmodern understanding of marriage that inspired the decision and on the consequences of Obergefell for promotion of LGBTI-people’s rights, on religious exemptions, on democracy in the United States, on children’s rights, on the European Court of Human Right’s jurisprudence, and on the search for the compromise between religious freedom and anti-discrimination claims. This variety of reflections, both positive and critical, illustrates how the decision has become an important episode in American and global legal and human rights history. END_OF_DOCUMENT_TOKEN_TO_BE_REPLACED

However a person viewed marriage equality in the run up to Obergefell v. Hodges, the 2015 United States Supreme Court case that opened marriage to same-sex couples, it showed that marriage matters to Americans. The plaintiffs in Obergefell sought access to marriage on the same grounds as heterosexual couples, for reasons as pedestrian as filing joint taxes (just one of over a thousand statutory benefits of marriage) to those as meaningful as joining their lives in ways that communities and families recognize as significant. END_OF_DOCUMENT_TOKEN_TO_BE_REPLACED 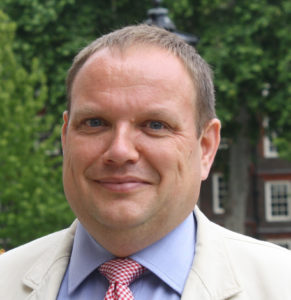 The hallmark of good judgments is their brevity. Short sentences promote clarity. The best sentence in Obergefell v. Hodges is written by Chief Justice Roberts. It comprises seven words: “But this Court is not a legislature.” Unfortunately Roberts’s was a dissenting opinion. By a majority of 5:4, the US Supreme Court effectively legislated to permit gay marriage. I am not opposed to same-sex marriage. On the contrary, I am a champion of LGBT+ rights. Nor am I opposed to judicial activism. The common law is the better for the occasional gentle nudge. My unease, viewed from the UK, is with the starkness of the outcome and its failure to accommodate religious sensibilities. As Justice Scalia remarks in his barnstorming dissent,[1] the consequence of the decision was that the people of America lost “the freedom to govern themselves.” END_OF_DOCUMENT_TOKEN_TO_BE_REPLACED

Continue Reading Judicial Overreach and Reasonable Accommodation: Some British Reflection on the US Supreme Court Decision in Obergefell v. Hodges