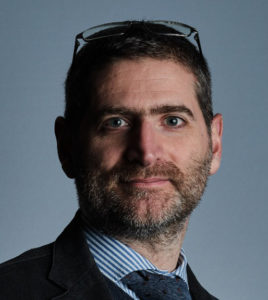 “The rule that you are to love your neighbour becomes in law, you must not injure your neighbour; and the lawyer’s question, Who is my neighbour? receives a restricted reply. You must take reasonable care to avoid acts or omissions which you can reasonably foresee would be likely to injure your neighbour. Who, then, in law, is my neighbour? The answer seems to be–persons who are so closely and directly affected by my act that I ought reasonably to have them in contemplation as being so affected when I am directing my mind to the acts or omissions which are called in question.”

This is Lord Atkins’s starting point in one of the most famous and important rulings of the House of Lords of the 20th century. Donoghoue v. Stevenson (1932) was a landmark judgment that set the limits of liability for negligence in a highly-industrialized society. Lord Atkins found it obvious to seek guidance on the issue of liability in Jesus’s oft-repeated statement that one should love her neighbor as herself. The idea of loving your neighbor was not just a moral compass—it was also a legal compass. The only contentious part was “who” had to be considered as a “neighbour.”

END_OF_DOCUMENT_TOKEN_TO_BE_REPLACED 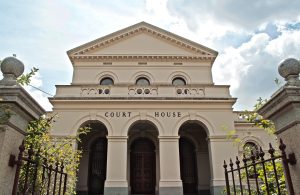 In this series, we provide different perspectives on religion and judging. Five contributors, academics and a U.S. federal judge explore religious diversity and the judiciary, interplays between religious convictions and judicial ethics, and the role of religion and religious beliefs in professional and personal biographies of judges.

The series starts with Jeremy Patrick’s elaboration on interplays between religious diversity and the composition of the High Court of Australia. David G. Campbell discusses public concerns about possible tensions between religious adherence and the judiciary oath and argues that religious devotion can be consistent with good judging. Based on the examples of Israel and Egypt, Andrea Pin demonstrates how judges’ religious law-illiteracy can give a secular push to legal systems with the religious component.

Based on the example of the South African Supreme Court’s Chief Justice Mogoeng Mogoeng, Christine Venter addresses the obligation of judges to separate their personal religious convictions and the legal reasoning they provide in their decisions. David Kenny explores the biography of Brian Walsh, a prominent Irish justice and a judge of the Strasbourg Court, and the role his Catholic background plays in his jurisprudence.

END_OF_DOCUMENT_TOKEN_TO_BE_REPLACED

Continue Reading Judges and Their Religions

In recent decades, the High Court of Australia has come under a steady stream of criticism for failing to reflect the multicultural diversity within Australian society [1]. Although some progress has been made in the area of gender equality and sexual orientation [2], the High Court remains notoriously homogenous in other respects like race, education, and professional background. The situation that Eddy Neumann described in 1973 has changed, but not as much one might hope:

[The] typical High Court Justice is a male white Protestant raised in Sydney or Melbourne (or much less frequently, Brisbane) and of British ethnic origins. He is from upper middle rather than upper class background, though perhaps more than his American counterparts from lower middle class environment. He usually goes to a high status high school (usually private) and then to Sydney or Melbourne university where he has a brilliant academic record. If from a moneyed family he immediately goes to the Bar [3].