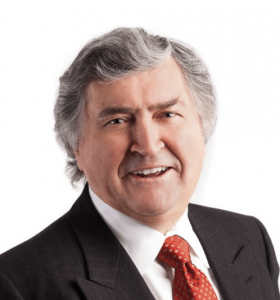 Paul Marshal is Wilson Professor of Religious Freedom and Research Professor in Political Science at Baylor University, Senior Fellow at the Hudson Institute, and the Leimena Institute, Jakarta

Perhaps the most contentious religious freedom issue raised in the pandemic has been governmental limits on religious gatherings, and not only in the U.S.

We should not exaggerate the resistance by churches and others. The vast majority of churches, mosques, synagogues, and temples have followed government orders. Many of those that have resisted restrictions are often fringe bodies, commonly with ties to the “prosperity gospel.”

Also, churches have been scapegoated. The New York Times ran an op-ed titled “The Road to Coronavirus Hell Was Paved by Evangelicals,” though later changed to the milder but still tendentious “The Religious Right’s Hostility to Science Is Crippling Our Coronavirus Response.” Later it published “Churches Emerge as Major Source of Coronavirus Cases.” However, the article traced only 650 cases to churches, which was, on July 8, 2020, the day the piece was published, only 0.022% of the 2,923,432 reported cases in the U.S., hardly a “major” source.

Finally, governments have often overstepped their bounds, as I think they did in Nevada. This led the satirical site, The Babylon Bee,to run a story of how Calvary Chapel managed to remain open by installing slot machines in the sanctuary and thus qualifying as a casino.

Here I will discuss how church/state views have influenced the debates.

On July 13, 2020, California Governor Gavin Newsome ordered that 30 California counties shutter gyms, houses of worship, hair salons, malls, and other businesses. This order applied to about half the counties in the state, those with a then increasing incidence of the virus. Houses of worship were generally not subject to more restrictive limits than similarly structured secular bodies.

Several churches, including Destiny Church and 412 Church Murrieta said that they would remain open. Then John MacArthur, an influential conservative pastor who had earlier followed government guidelines, said that his Grace Community Church would henceforth remain open. He argued that, inter alia, “while civil government is invested with divine authority to rule the state,” no biblical texts grant “civic rulers jurisdiction over the church.” He added “Christ, not Caesar, is head of the church. Conversely, the church does not in any sense rule the state.  Again, these are distinct kingdoms….” He also stated that “God has not granted civic rulers authority over the doctrine, practice, or polity of the church. The biblical framework limits the authority of each institution to its specific jurisdiction…. government officials have no right to interfere in ecclesiastical matters in a way that undermines or disregards the God-given authority of pastors.”

There are several different lines of reasoning here. One argument frames the issue in jurisdictional terms by delineating types of authority and denying state authority over the “doctrine, practice, or polity” of the church. However, there is also a separationist argument in denying “civic rulers jurisdiction over the church” itself. Of course, Jefferson’s metaphor of “separation of church and state” is often used as loose shorthand to refer to the religion clauses of the First Amendment. But it may be taken in a quasi-literal sense to mean that these two bodies are, can, or should be somehow separated, sealed off from one another. Tim Thompson, the founding pastor of 412 Church Murrieta in Riverside County in Southern California stated that “This has everything to do with understanding that … there is a concept of the separation of church and state.” “And it’s weird because when the church tries to interact with the government in any way, everybody is quick to throw separation of church and state in the face of the church….But when the state tries to interfere with the church, nobody’s quick to throw it in their face.”

Those who object to almost any government restriction on religious institutions often maintain that they assert the power of the state over churches and other religious bodies, and are therefore both normatively wrong and, in America, violate the First Amendment. What is striking here is that these conservative churches, which have traditionally fought against separationist arguments that sought to deny any state recognition or support of religious bodies, may now inadvertently fall into the trap, shared by some secularists, of implying that the realms of church and state can and must be somehow sealed off from one another. This could come back to bite them.

Religious bodies and states are nearly always intertwined, otherwise there would not be so many disputes about their relationships and respective authority. This is illustrated in Pope Gelasius’ description of the two swords in his 494 A.D. letter to Emperor Anastasius:

There are two powers, august Emperor, by which this world is chiefly ruled, namely, the sacred authority of the priests and the royal power…. If the ministers of religion, recognizing the supremacy granted you from heaven in matters affecting the public order, obey your laws, lest otherwise they might obstruct the course of secular affairs by irrelevant considerations, with what readiness should you not yield them obedience to whom is assigned the dispensing of the sacred mysteries of religion.

As Gelasius notes, religious bodies and states are nearly always intertwined: they interact according to their own mission and jurisdiction: the emperor has supremacy in temporal matters, which the church should follow, the church has authority in the “sacred mysteries of religion,” which the emperor should follow. They are not sealed hermetic realms but may have circumscribed authorities over the same things. He even refers to them as “two trained and specially qualified professions.”

Hence, churches, synagogues, mosques, and other religious institutions follow building codes and zoning, parking, traffic, and noise regulations. A minister might even be arrested if his sermon was inciting a riot or speaking treason. In turn, churches have criticized and denied communion to politicians who they believe are violating church teachings in the laws they make or enforce, and it is not, so far, in legal dispute that a church can decide who may receive communion from its priests. This is a type of authority over politicians: it is the power not of the sword but of the word and sacrament. This is an illustration of what Alfred Stepan called the “twin tolerations,” “the minimal boundaries of freedom of action that must somehow be crafted for political institutions vis-à-vis religious authorities, and for religious individuals and groups vis-à-vis political institutions.”[1]

Similar differentiated relations of authority arise in multiple contexts. A professor has an academic authority over a student. She can authoritatively set standards for the required curriculum and grade students’ work. If the student were a policeman doing night classes and the professor was speeding then he could issue her a summons, even though in an educational setting she is a professor who can grade or even fail him. Institutions and people can have a particular type of authority over others, and at the same time be subject to the others’ authority in a particular way.

Governments within the U.S. and elsewhere have imposed widely varying restrictions, and there can certainly be arguments about each particular case. But a misunderstanding of the relations of church and state has led to some churches to miscast the theological issues and resist what might be proper orders.

Respecting the Needs of Worshippers is Essential to Containing COVID-19

Our “Kairos” Moment: The G20 and the Challenge of Immunizing the World