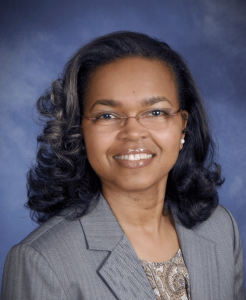 Terri Y. Montague is a certified mediator with earned JD and MTS degrees from Emory University

In Christian tradition, Jesus Christ climaxes God’s redemptive love and action. Through Christ, God righteously restores and fulfills human being in and for community. Otherwise, unrighteous humanity tends towards a senseless existence that leaves the church groaning under the burden of a faithless mortality; humanity groaning under the burden of a heartless society; and Nature groaning under the burden of a ruthless humanity. In the logic of “Redeeming Justice,” the present pandemic and justice movements cohere and redemptively work together for good to advance and culminate promised restoration by restoring right relations and just action – in the church, in society, in Creation. This construct helps us to recognize and partner in God’s righteous reign in the world.

In Christian redemption narratives, humanity’s Fall diminished human dignity and the experience of community. Among its other aspects, human sin and rebellion brought into human experience a kind of death that manifested as alienating separations disrupting and impairing communion with God, community with others, and comity with the natural world. It also introduced mortal decay following humanity’s forfeited access to life-fortifying resources. This depraved human condition passed upon the entire human race, leaving humanity enslaved in captivity humanity itself could not break.

God responded by intervening to redeem all Creation and the entirety of human life, and to renew and restore heaven and earth.  Through Christ’s incarnation, death, and resurrection, God redeemed from sin and restored humanity to a right relationship with God, with our fellows and within God’s created order. At great cost to Godself, this reconciling work of Christ overcame and reversed all relational alienations and endowed humanity with new life and new capacities for community. Once bought back and brought back from captivity, humanity became free to serve the Redeemer.

In recent months the global pandemic and protest movements have challenged our mortality and the bases, boundaries, and strength of our community. This context has revealed our human nature to ourselves – at its best and its worst. As the world presently experiences concurrent personal, spiritual, social, and ecological unrest, this unrest reflects forms of protest – i.e., existential protest against the coronavirus contagion; ecclesial protest against faith communities aligned with White supremacy, captive to Western culture and capitalism, and silently inward-focused while preventable disease and disinvestment ravage surrounding communities; social protest against racial violence and inequities; and ecological protest against wanton natural resource destruction, climate displacement, and technological experimentation.

Protest reacts to and amplifies triggering events. It expresses frustration and remonstrates against breaches, failures, and harms based on promises, expectations, or ideals. Protest functions as a metaphor and mechanism to force disclosure, foster self-critique, awaken sensibilities, and incite ethical discourse and action. Protest also discloses truths and exposes oppression and exploitations that call into question received traditions and normative social arrangements. Thus, protest can be protective and often brings the positive disruption needed for reconciliation and restoration.

The concurrent pandemic and protests movements are not coincidental. Rather, present unrest and reckonings on justice signal a larger reckoning on the meaning and purpose of being human in and for community. In this logic, these protests can be understood through a broader lens as a concerted protest against the deadening effects of human activity on human mortality, in human relations, and for the divinely-ordained habitat and scene of human existence.

They also can be understood as integrally related and constructively working to further truthful discovery, disclosure, and disturbed indifference. From the earliest days of the pandemic, the international community, in tandem with communities within nations, responded with unprecedented cooperation, generosity, transparency, and self-restraint. Together, we mourned the death tolls and celebrated our healthcare heroes. We incentivized new scientific research, and swiftly acted to protect our most vulnerable and at-risk community members. We girded our economies and supported our families and small businesses. The pandemic helped us discover common cause and shared commitments.

Privately, we strengthened family bonds and renewed dormant acquaintances. We helped our neighbors and noticed and rewarded our service workers. We rationed essential goods and curbed our discretionary consumption and spending as we learned to practice stillness, sufficiency, and frugality. We also relished the suddenly improved air quality and thriving plants and wildlife. The pandemic helped us realize our interdependence.

Then, with renewed sensibilities and heightened awareness, we witnessed the atrocity of legalized brutality and rehearsed the shocking narratives of oppression and abuse against minority citizens. Simultaneously, through disaggregated pandemic data we discovered profound racial disparities that contradicted our community ideals. Through the pandemic, we are facing our injustice, and reaffirming shared values.

The protests that have ensued challenge our practiced indifference to the insidious, cascading evils resulting from the racialization of Black people, places, and institutions that now pervade every sector and segment of American life. The pandemic and protests are disturbing our indifference.

Even as the former unredeemed alienations, self-interests, and hostilities, predictably, have begun to re-appear, a broader justice also emerges – Redeeming Justice – that offers hope, not only for longed-for recovery but also for more transformative, enduring restoration.

Distinctively, Redeeming Justice integrally relates legal, social, and environmental justice with moral justice. Self-giving love animates Redeeming Justice, which seeks to resolve alienations and re-order relationships. Redeeming Justice remembers the Redeemer God, as Prophet who calls God’s people and the nations to God and faithfulness and foretells God’s judgments; as Priest who mediates peace and facilitates justice; and as King who reigns righteously and balances the life-interests of all within the Creation.

In this logic, Redeeming Justice keeps faith in God and goodness. It provides an interpretive lens of hope and of eternal provision that affirms that God indeed is good with a self-actualizing, self-validating goodness and, through Christ, has restored human capacity for good. It reckons God’s promises and prophecies as true and operative in human history to restore faith, reconcile persons, and renew the planet.

Redeeming Justice also bears the impress of Christ’s cross. It hopefully reminds of the high dignity of Christ’s willing crucifixion and resurrection that brought peace out of enmity, life out of death, and plenty out of depletion. And, refusing first to consult self-interests, Redeeming Justice solemnly decrees what must die for enduring communion and community to live.

Redeeming Justice recognizes and honors Christ’s cosmic lordship and jurisdiction over all living persons and things, as the benevolent Sovereign through whom, by whom and for whom all were created and to whom all creatures belong. Redeeming Justice reminds that the world is a holistic unity and hastens new ways to fulfill the promise and potentials of justice according to the full dimensions and demands of community.

How humanity witnesses to and participates in God’s Redeeming Justice at this seminal moment depends on our response to the concurrent protests. For faith communities, to redeem justice means to tangibly evidence Christ’s life-giving Presence and to practice faithfulness personally and socially by exposing old ways of being and doing that are disjunctive with the new life brought by Christ and community ideals, and resisting all that is contrary to God’s purposes in the world. Redeeming Justice also demands truth-telling and avoids complicity with the instrumental use of religion or faith communities for exploitative or unjust purposes.

For human society, to redeem justice means redressing historical and systemic harms. This first requires deracializing people, institutions, and places and erasing the perceived menace of Blackness. Redeeming Justice requires careful translation of the language of lament and protest into the language of petition and public policy. It involves learning new ways of being in community; of sharing capital and economic influence; and of enforcing civil authority. To redeem justice socially also means enforcing justice as a central, mediating principle that informs, governs, and guides the totality of American polity and social life for all people and on equitable bases.

For the natural world, to redeem justice means to take environmental stewardship seriously. It means heeding scientific findings, and cooperating globally and locally to combat environmental exploitation, global warming, and wanton natural resource degradation and depletion. It means investing in biodiversity and climate resilience. And, it involves more accountably implementing new technology modalities coupled with the tools and safeguards needed to properly measure, manage, or mitigate potential harms to people and the planet.

In the logic of Redeeming Justice, promised restoration looms on the horizon of expectation, and brings something more healing, enduring, and generative than legal, social, or environmental justice alone can attain. Redeeming Justice commends protest as birth pains that precede a new faith and new freedom founded on a better stewardship of community and practiced ideals. Redeeming Justice faithfully enables us to discern within and beyond the rude disguise of protest the willed faith, willed love, willed life that calls and empowers us to partner with God and each other towards more just resolve.