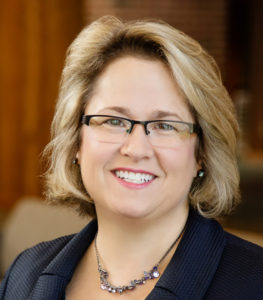 The coronavirus pandemic has affected more than 7 million people in the United States, meaning around 2 in 100 Americans have contracted COVID-19. Globally, around 1 million people have died as of September 30.

Early on, COVID-19 clusters “centered in nursing homes, prisons and food processing plants” – now, it’s “bars, strip clubs, and churches.” Religious gatherings have been the source of some of the biggest outbreaks in America, most recently in Maine where a wedding at a small church became a “super-spreader. By June, the CDC traced more than 650 cases to religious institutions.

Churches serve as a rich medium for transmitting the virus. People congregate for periods of time. They sing, share hymnals, share pews and occupy the same space. Given what we know about COVID-19’s transmission, it would be surprising if gatherings inside facilities that were never designed with this pandemic in mind did not transmit COVID-19. Experts say that “crowding and congregating is what worrie[s] [them] … the most.”

Early in the life cycle of COVID-19, on March 21st, I noted that “[a]s exemptions pile up, churches have a legitimate beef.” I argued that, however, that “the answer should be not to equalize up, giving everyone, including churches, exemptions. More carve-outs will gut the state’s public health safeguards. Instead, we need to equalize down. In a pandemic, we need fewer exemptions, not more.”

Five months into the pandemic, on June 3rd, I observed that “[r]ather than standing on the ‘right’ to gather—despite risk to self and others—defiant congregations might more profitably direct attention to their own legal exposure. Liability may arise if they encourage the faithful to gather notwithstanding public health orders or fail to follow state and federal guidance on gatherings.” Not only will spreading contagion be a stainon faith institutions, it will open them to considerable liability given the ability of contact tracing to connect the spread to reckless gatherings.

Since mid-summer, America has resumed many patterns of life. Commercial establishments like restaurants are running at reduced capacity; most day cares across the U.S. have opened, albeit for fewer children; people are flying again; and “nearly 1,000 academic institutions… [have] welcom[ed] people back to their campuses.”

Governors and mayors are loosening restrictions, driven by the desire to boost revenues.

The sense of being wronged, experienced by many people of faith, has multiplied as governors and mayors have brought the economy back online. True, some jurisdictions have relaxed restrictions on worship as they have progressively released the hold on the economy.

But many have not. Consider Nevada. Nevada instituted a “50-person cap on worship services as part of the state’s ongoing response to the coronavirus.” Nevada took a whole different approach to casinos, which are its economic lifeblood.This hypocrisy was too much for Calvary Chapel Dayton Valley,which suedthe Governor. They included in their complaint this picture of Caesars Palace: 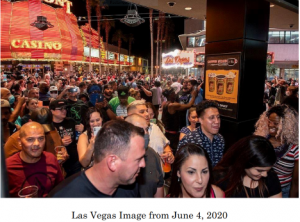 Patently, people at casinos are not socially distancing, they are not wearing masks, some are dancing, and everyone is engaging in revelry – potentially making casinos massive petri dishes for COVID-19.

Calvary “argued that the hard cap on religious gatherings was an unconstitutional violation of its parishioners’ First Amendment rights to express and exercise their beliefs.”The Supreme Court summarily denied Calvary’s request, citing its recent decision in South Bay United Pentecostal Church v. Gavin Newsom, Governor of California, which “declin[ed] to enjoin California’s restrictions on religious gatherings” at the earliest stages of litigation. California’s restrictions on religious gatherings to 25% of the facility’s capacity or a 100 people max “appear[ed to be] consistent with the Free Exercise Clause of the First Amendment,” Chief Justice Roberts found. “[L]ocal officials are actively shaping their response to changing facts on the ground,” making it “quite improbable” that “Government’s limitations are unconstitutional.” “Our Constitution principally entrusts ‘[t]he safety and the health of the people’ to the politically accountable officials of the States ‘to guard and protect,’” citing Jacobson v. Massachusetts.

In their dissent from denial of Calvary’s request for injunctive relief, Justices Clarence Thomas, Samuel A. Alito Jr. and Brett M. Kavanaugh said:

The Constitution guarantees the free exercise of religion. It says nothing about the freedom to play craps or blackjack, to feed tokens into a slot machine, or to engage in any other game of chance. But the governor of Nevada apparently has different priorities.

Across the nation, churches have challenged the favored status of economic interests over religious ones. Consider the Archdiocese of San Francisco, which sits on a massive city block. The church set up places for people to take communion, safely, at various points around the massive plaza on the entrance to the cathedral. You can see them socially distancing here, much as people can do in other outside venues like parks:

Figure 2: Used with the permission of the Archdiocese of San Francisco

Under San Francisco’s rules, only a single worshipper at a time is permitted inside the Cathedral of Saint Mary of the Assumption, despite its cavernous size, as you can see here: 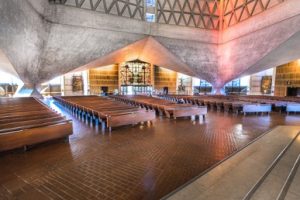 Figure 3: Used with the permission of the Archdiocese of San Francisco

By contrast, as the Archbishop of San Francisco recently noted:

Hotels in San Francisco are fully reopened; indoor gyms are set to reopen at 10% capacity; and most retail stores are allowed to operate at 50% capacity, while malls are restricted to 25%. Gyms operated in government buildings for police officers and other government employees have already reopened.

In addition, businesses that pose like-kind risks – that is, “extended, close one-on-one contact” – reopened earlier this month. A person can get her hair done, get her nails done, get a pedicure. A person can shop to her heart’s delight.

The incoherence of these regulations breeds disrespect for the law. In COVID-19 times, governments necessarily rely on rules being self-executing. There are simply not enough resources to enforce these rules with the heavy hand of government.

If people can’t understand public health regulations, they will not restrain their own behaviour and needs for the collective good. For many of us, it is far too easy to dismiss COVID-19 as something that touchessomeone else’s life, not our own. This happened in Maine.

On August 7th, 62 people crowded into the Big Moose Inn just outside Baxter State Park, violating the 50-person gathering limit set by Governor Janet T. Mills for indoor settings in Executive Order 55 FY 19/20. The happy couple had married in the tiny Tri Town Baptist Church in East Millinocket. Weddings and funerals are part of the DNA of faith communities. God is omnipresent when we solemnize our most important relationships and when we lay to rest the people who mattered the most.

The virus made its way into the East Millinocket school system (6 of its staff members and 2 students), York County Jail in Alfred (72 people), Maplecrest Rehabilitation and Living Center in Madison, which is 100 miles away from the wedding venue (4 staff members and 5 residents), and even to a small isolated cabin near Cedar Lake where an older couple sheltered in place during COVID-19. All told, the wedding sparked the largest outbreak in Maine, 177 cases of COVID-19, including 7 deaths.

The nuptials were presided over by Pastor Todd Bell. Bell’s own church, authorities believe, may be “connected to a smaller outbreak of 10 cases.” Bell’s church asserted its “legal right to meet,” stating that “[t]he authority of a local Christian church, a Jewish synagogue, or a Muslim mosque to gather for their respective religious services is a time-honored part of our nation’s history since its inception. These religious activities are also fully protected under the First Amendment to our United States Constitution.” Bell believes his church is “on the front lines of a culture war, battling against a ‘socialistic platform’ that mandates mask-wearing and distance learning in schools.”

Even after the Maine Centers for Disease Control and Prevention announced an investigation of an outbreak linked to Bell’s church, he gave a “fiery and unrepentant” indoor sermon for congregants. “They want us to shut down, go home, and let people get used to that just long enough until we can finally stop the advancing of the Gospel.”

The East Millinocket wedding is an example of how religious believers are traveling bubbles of contagion like Typhoid Mary. To be sure, churches and congregations can meet responsibly. But when they are not responsible, it is like “dealing with…a giant tube of glitter. You open a tube of glitter in your basement then two weeks later you are in the attic and all you find is glitter and have no idea how it got there. That’s what Covid-19 is like,” as the Director of the Maine CDC, Dr. Nirav Shah, said.

Tragically, until governments themselves better rationalize the restrictions that they have imposed upon us, we should expect more of these deadly but predictable outcomes.

The Transformative Power of Loss: Finding Community and Hope for All

Marco Ventura: Reflections upon the Completion of the Covid-19 & FoRB Webinar Series