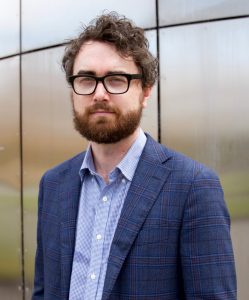 Joel Harrison is the author of the recently published Post Liberal Religious Liberty: Forming Communities of Charity (Cambridge University Press, 2020). He is Senior Lecturer in Law at Sydney Law School, University of Sydney. The following is an edited version of a conversation with David Taylor at The Eucatastrophe.

JH: By true religion, I mean a religious quest to rightly order our lives towards God. Finding out the truth of religion—what it consists of, what is its end—matters. Augustine writes of “right flowing from the source of rightness.” He means forming a community that lives well together, in light of the epiphany of God. True religion then concerns not simply the individual, but the shape of the political community and the role of political authority in furthering the common good. I argue that religious liberty consequently means civil authorities protecting and encouraging this quest. Ultimately, it concerns protecting the free creation of communities of solidarity, fraternity, and charity—the love of God and neighbor.

Of course, this sounds provocative—and maybe it is. However, a key argument of the book is that we are simply faced with competing versions of true religion, shaping competing understandings of the political community.

In the book, I criticize liberal egalitarian accounts of religious liberty. Put very broadly, these come in two types. For some, religion is understood as a very capacious category, while for others religion is simply a subset of a broader category of ethical convictions, where each conviction is functionally equivalent or equally meaningful to the individual. Both types of argument point at something like individual authenticity, convictions of conscience, or integrity as the goal or end to be protected by the civil community. Ronald Dworkin writes in this respect of a new understanding of the res publica—one based on equal concern and respect or a commitment to ethical individualism.  These accounts often see themselves as moving away from religion as a special category for protection and care, to something more abstract, but I suggest that they are fundamentally rooted in theological categories or developments presenting an alternative account of “true religion.”

DT: Let’s return to the connection to theology in a moment. First though, what do you argue is problematic in these liberal egalitarian accounts?

They present a paradox. Religious liberty seemingly becomes a capacious category of personal autonomy—expanding to the blooming of multiple identities or ethical choices. But this means that religious expression and religious groups are also increasingly subject to state interests because they are simply one (private) form for expressing authenticity or integrity. This is seen in strands of case law from the United Kingdom and the European Court of Human Rights, discussed in the book. Take the case of Catholic adoption agencies who, consistent with Catholic doctrine, attempted to place children with heterosexual married couples. A non-discrimination law must be applied increasingly universally, against these groups, because the law is seen as reflecting the balance of individual interests, which in effect means the group itself must become a vehicle for what the European Court of Human Rights identifies as the importance of “self-determination.” In practice, I suggest this ironically means that liberal egalitarian accounts struggle with pluralism and real difference.  By failing to identify the good of religion, they can flatten religion out of public life.

I am also very interested in what these accounts then say about our life together. Religious liberty is both interesting and important because it does not simply concern a self-contained discourse. How we think about religious liberty is part of understanding and shaping the very ends of political community—why it is we associate together and what the purpose of political authority is. Typically for liberal egalitarian accounts, a religion that would try to shape the life of the political community is at least suspect, and likely in need of some containing. It would be confusing what is private for what is public, or entail exercising authority illegitimately. And yet political community on these accounts still promotes some understanding of our common life—one rooted in an ethical individualism that is not divorced from religion. Consistent with other post-liberal writing, I query whether these accounts further what Charles Taylor calls the malaises of modernity: a sense of rootless meaningless (most things are equal and potentially equally arbitrary), atomisation, and a market-based understanding of the ethical life—or, put simply, consumerism.

DT: On your account, this consumerist mentality—which echoes the liberal egalitarian’s emphasis on authenticity—remains religious. You draw in particular from Graham Ward’s analysis of contemporary religion as “spiritualizing subjectivity.” But this is part of a wider argument that even the very understanding of the secular promoted by these accounts remains religious or shaped by a “half-concealed theology,” as you put it.

JH: That’s right. The question here is: how did we reach a point in which political authority and the political community can be conceived of without thinking of these as a meditation on how we participate in God’s created order?

Within religious liberty discourse, and liberal writing more generally, most writers would think in terms of secular autonomy—the necessary differentiation of spheres of religion and the secular.  For example, Jürgen Habermas writes of ejecting the theological or religious warrant for society’s unity in favor of discovering a more fundamental basis in modern constitutionalism. This is known as a “stripping away” narrative. Religion is stripped away to reveal a more fundamental or simply available secular reality. For liberal egalitarian writers, the secular space of political authority is separate from religion; it concerns the autonomous logic of facilitating, negotiating, and furthering claims of right to conscience, authenticity, or self-determination, for example. But drawing from John Milbank, Charles Taylor, William Cavanaugh, and others, we can think about how this secular space (and its counterpart, a privatized, increasingly subjectivised religion) had to be theologically invented; how it is we come to understand individuals as exercising sovereign power, mediated by a single sovereign political authority, unmoored from a now distant God. It is this secular space that purports to protect society against the pretensions of religion, and the individual’s self-determination against the collective claims of religious groups.

DT: You are challenging notions of secular neutrality. That must be contested, even by different religious legal theorists. How do they understand religious liberty typically?

JH: In the book, I discuss the views of John Finnis, Richard Garnett, and Nicholas Wolterstorff, in particular. But we can draw a general contrast to accounts rooted in what I’d describe as liberal pluralism, which rests on some notion of secular neutrality.

For example, freedom of the church theorists will emphasize that the church’s freedom poses a jurisdictional limit on the authority of the state. But on this account, the state fundamentally promotes freedom, rather than a religious end. Because the state is not competent in religious matters, factional difference and ultimately the freedom of the individual can bloom within civil society. In turn, this means that no single group can take the reins of government.

Or, from a more popular angle, you now see some appealing to the so-called “Benedict Option” argument. Here the claim is that we have entered a post-Christendom world (or Babylonian freefall) in which the task is to build lifeboats, arks, or local communities. We should eschew a more integral politics or what Jacques Maritain called the “comprehensive aim of building a better or new Christian civilization,” realizing this is lost for now.  At the same time, we must advocate for religious liberty—understood now as the freedom to cultivate our own spaces within a multi-culture. While I think building communities is exactly right, I have real problems with how this account construes Christian politics, as we have previously discussed. It is also not clear it provides any basis for securing the good of religious liberty. There is, I think, an assumption in both of these accounts that freedom itself provides the source for respecting and protecting such communities. However, if that is what is at stake, then why should not these communities be equally subject to the law, like other instances of freedom?

DT: In contrast, you develop what you call “the ecclesiological account” of religious liberty. What are its features?

JH: Religious liberty I suggest is grounded on a goal that civil authority is serving and subordinate to—a desirable good; a transcending truth; a social end. I argue this is forming communities of solidarity, fraternity, and charity. And such communities are to be free. In pointing to and instantiating a higher-end that the civil authority responds to, they cannot be entirely subject to or mere delegates of the state.

The account is ecclesiological because it starts from the Church as a kernel, setting out—as Augustine argued—a practice that should shape all of life. I then break this down further into three themes. First, religious liberty concerns pursuing the common good; it is part of the quest for human flourishing and true sociality.  Second, it concerns forming a “community of communities” (to borrow from John Neville Figgis)—the Christian tradition emphasizes a complex overlaying of associations and sites of authority. Third, religious liberty then ultimately serves this community, pursuing the common good, to live in charity in all spheres of life. As I conclude in the book, religious liberty on this account concerns participating in a divine economy of love.

What Should a Constitution Contain in Regard to Religious Freedom?