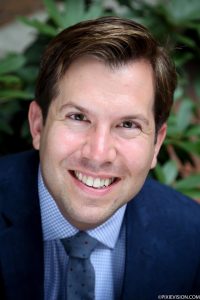 Patrick Hornbeck is Professor of Theology at Fordham University, where he is also a J.D. student in the School of Law

Pope Francis’s recent encyclical is the second of his major writings inspired directly by his papal namesake, St. Francis of Assisi. In Laudato Si’, published in 2015, Pope Francis lifted up the saint’s invocation of praise for God’s presence in creation, which the pontiff memorably dubbed “our common home.” Now, in Fratelli tutti, the pope’s focus shifts to the relationships among human persons—“all” the “brothers” whom St. Francis had inspired and invited into his life of radical poverty, simplicity, and friendship. (When the Vatican originally announced the encyclical, it was lost on few that neither the “Fratelli” of the document’s title nor the “fraternity” of its subtitle included women—an ongoing blind spot for many Catholic leaders. The pope does refer to “brothers and sisters” in the encyclical’s second sentence (para. 1).)

Fratelli tuttisketches an audacious vision of a human family united with God and creation in mutual love. As he has done throughout his pontificate, in this new encyclical Pope Francis aptly identifies the causes of the isolation, dehumanization, and material poverty that afflict many around the world. He discusses the rise of xenophobic nationalisms, the human costs of economic globalization and the associated development of a “throwaway culture,” the plight of migrants and refugees, and the unintended (though perhaps at least sometimes intended) consequences of social media. The pope situates these “dark clouds over a closed world” against the backdrop of the COVID-19 pandemic (chap. 1).

Catholics and others here in the U.S., of course, received Fratelli tutti just a month before one of the most divisive elections in recent memory. The pope’s document speaks to the contemporary U.S. political context, offering a means of unifying our fragmented democracy.

Throughout his papacy, Francis has confused and confounded critics on both sides of the ideological spectrum by leading as pastor rather than teacher. This dynamic played out yet again during the past few weeks when many rejoiced at the publication of remarks he gave in 2019 on the subject of civil unions for same-sex couples. Pro-LGBTQ+ commentators (myself included) observed that while the pope’s remarks give hope to LGBTQ+ people around the world, his affirmation of the need for legal protections for same-sex relationships left intact the church’s underlying condemnation of same-sex activity. Traditionalists, including a sizable number of U.S. Catholic bishops, condemned the pope for having contradicted the church’s teachings.

So too with Fratelli tutti. The document’s opening paragraphs make clear that, like his namesake, Francis is not in the business of “wag[ing] a war of words aimed at imposing doctrines” but instead “simply spread[ing] the love of God” (para. 4). Fratelli tutti is not a scholarly treatise. Nor is it, with two exceptions I’ll address momentarily, an overhaul of the Catholic Church’s longstanding and widely admired social teachings. Instead, it presents a haunting and inspiring meditation on how easy it is for humankind to lose our humanity, and on how essential it is to develop “a universal love that promotes persons” (para. 106). Fratelli tutti summons all of us to a culture and a politics of love.

What Has Made News

Those skimming Fratelli tutti for headlines—soundbites about what the pope did or did not “do”—miss the point. The document is a moving one precisely because it is not a policy platform or a doctrinal definition. Instead, it is a timely restatement—an aggiornamento, to use the language of the Second Vatican Council—of core Christian beliefs about the love of one’s neighbor in a time of profound upheaval and conflict. Invoking at length the parable of the good Samaritan, Fratelli tutti continues the pope’s project of bringing about what he has called a “culture of encounter,” where all people recognize the equal worth of each other’s lives because we all have been made in the image of God.

Yet fodder for headlines can be found toward the encyclical’s end, where Francis addresses what he calls “two extreme situations that may come to be seen as solutions in especially dramatic circumstances”: war and the death penalty (para. 255).

Taking the death penalty first, the pope repeats the wholesale condemnation of capital punishment that he controversially inserted in the Catholic catechism back in 2018. Now, in Fratelli tutti, he throws down the gauntlet definitively: “There can be no stepping back from this position. Today we state clearly that ‘the death penalty is inadmissible’ and the Church is firmly committed to calling for its abolition worldwide” (para. 263).

Catholic teaching on the subject of the death penalty has been on the minds of U.S. legal commentators as the now-Justice Amy Coney Barrett of the Supreme Court got her start as a scholar by co-authoring a law review article on Catholic judges’ obligations in capital cases. Writing in 1998 with the now-president of the Catholic University of America, John Garvey, she identified the circumstances in which it would not be morally licit for a Catholic judge to participate in the imposition of a death sentence. (Her critics have seized on the article to suggest that Justice Barrett ought to recuse herself from cases involving or implicating other moral questions where the church has taken an uncompromising stance.) Barrett’s and Garvey’s argument operated under the presumption that the church had not defined its opposition to the death penalty infallibly. This remains true even after Fratelli tutti. But Francis’s statement has made it much harder for Catholic judges who support the death penalty to argue that they are within the bounds of permissible disagreement with church teaching, as the late Justice Antonin Scalia so often did.

Pope Francis treats the question of war as unequivocally. Recounting the destruction that the modern technologies of war can wreak on the poorest and most vulnerable, and underscoring the need for the “uncontested rule of law and tireless recourse to negotiation, mediation, and arbitration,” the pope significantly limits the application of the Catholic Church’s just war doctrine (para. 257). He writes:

We can no longer think of war as a solution, because its risk will probably always be greater than its supposed benefits. In view of this, it is very difficult nowadays to invoke the rational criteria elaborated in earlier centuries to speak of the possibility of a ‘just war’. Never again war! (para. 258).

Mistreating Words and Listening in Love

Many themes in Fratelli tutti deserve careful attention: what it means, practically, to love a stranger; how nation-states can retain their identity while opening their hearts and their borders; and what is to become of the organs of international society in an era increasingly marked by isolationism, to name only three. Yet a larger issue rises to the surface throughout the pope’s encyclical that explains much of what has roiled U.S. politics, society, and law in recent years.

Decrying what he calls a “kind of ‘deconstructionism’,” Francis pointedly asks: “Nowadays, what do certain words like democracy, freedom, justice or unity really mean?” And he answers: “They have been bent and shaped to serve as tools for domination, as meaningless tags that can be used to justify any action” (paras. 13, 14). The pope later observes how channels of contemporary communications, especially social media, promise to bring people together but instead have given “free reign to ideologies” and “often end[] up favoring encounter[s] between persons who think alike” (para. 45). Users are either bombarded by “parallel monologues” (para. 200) or else protected from genuine interaction with others because technologies have carefully curated the messages they hear. All this, Francis rightly worries, contributes to cultural amnesia and deprives people of the kinds of encounters and dialogue that are necessary for reconciliation and peace.

We live in an era not just of “spin,” not just of “fake news,” but of widely-shared skepticism about the integrity of leaders and even whether truth exists. Trust is at a low. And if Francis is right, this is because we no longer agree on what words mean. Take the terms “populism” and “populist,” the pope suggests: “[T]hey have lost whatever meaning they might have had, and have become another source of polarization in an already divided society” (para. 156). And yet this “disregards the legitimate meaning of the word ‘people,” and so “[a]ny effort to remove this concept from common parlance could lead to the elimination of the very notion of democracy” (para. 157).

The strategic reframing of social, commercial, and, especially, political messages is nothing new (although majors in the subject of “strategic communications” at secular, Catholic, and evangelical universities are of recent vintage). Nor is it a monopoly of either the left or the right—to the extent that even those terms retain anything like their traditional meaning. In the U.S., progressives contend that conservatives have redefined religious freedom as the right to discriminate; conservatives answer that the racial justice movement has branded as racist well-intentioned citizens and law enforcement officers who are not the “bad apples.” Pope Francis may be stretching his own rhetoric when he claims controverted terms like these have become “meaningless tags,” but he is not wrong to denounce “destructive forms of fanaticism” and “networks of verbal violence,” “even in Catholic media” (para. 46). In the church and the public square, and certainly in partisan legal movements, when the heat rises and circles of disclosure close in on themselves, we can lose any sense of common meaning.

The pope’s solution is simple in theory, massively difficult in practice: “We must not lose our ability to listen.” “Together, we can seek the truth in dialogue,” an endeavor which “calls for perseverance; it entails moments of silence and suffering, yet it can patiently embrace the broader experience of individuals and peoples” (para. 50).

What would it be like for people truly to listen? As a Christian progressive, I cannot help but think that we must begin by recognizing that not all are or have been equally empowered to speak. As Anatole France memorably put it, “the law, in its majestic equality, forbids the rich as well as the poor to sleep under bridges.” To avert our gaze from history—to deny the collective effect of laws and attitudes that treated some human beings as worthier and degraded others—is no way to begin a conversation. It is only by facing the past and owning its impact on the present that the human family can begin to build a future that has any hope of being just. The legacy of the past marks us all, not only in the material and systemic inequalities that many face because of who they are, but also in the “disturbing interior disease,” the “malformed consciousness” that racism (and also sexism, heterosexism, ableism, and other forms of privilege) imprints on those who have benefited from claims of superiority.

Listening and dialogue are predicated on a shared recognition of truth. And yet, as I write this in days before the 2020 presidential election, I am painfully aware that what I consider truth, others will label ideology—and vice-versa. We cannot thrive unless out of our fragmentation and deconstruction we build not a single, monolithic shared discourse but a humble respect for what African philosophers have rightly called epistemic pluralism. Law, politics, and culture can promote this kind of encounter, but they can equally run the risk of hindering it.

Ultimately, Fratelli tutti places before us the figure not just of the good Samaritan but of the injured, broken, violated man on the roadside. Jesus’s point in Luke’s gospel is that this man is our neighbor and our sibling—and that those excluded outside the circles of religious or secular power often perceive this truth most clearly.

Pope Francis’s politics of love requires what his Jesuit brother Walter Burghardt once called a “long, loving look at the real.” Determining what is real and what is true may be a painful and terrifying process, but the pontiff is right: it is the only way forward.

Fratelli tutti: A Series of Reflections