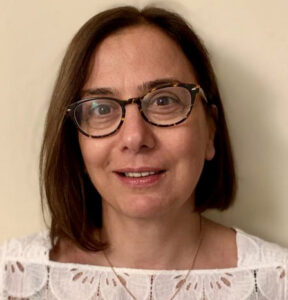 Dr. Mine Yildirim is Head of the Norwegian Helsinki Committee’s Freedom of Belief Initiative in Turkey

In this personal reflection piece, I will share my experience on advocating for freedom of religion or belief, particularly based on human rights law and the engagement with different actors. The context for these reflections is my work with the Freedom of Belief Initiative (FoBI) and my engagement in the promotion of freedom of religion or belief in different regions as an expert and advisor.

The FoBI is a project within the Centre on Freedom of Religion or Belief of the Norwegian Helsinki Committee. It may be considered the outcome of international work on the promotion of freedom of religion or belief, but it is also very much a local project.

The Initiative is a response to fill an important gap in Turkey: to advocate for freedom of religion or belief for all and to utilize the international human rights law framework which has strong protections as well as mechanisms of engagement for civil society.

While I draw my reflections primarily from my work in Turkey, I also have had the opportunity to look closely at some countries in Central Asia. More recently I worked on a study on the Western Balkans for the International Panel of Parliamentarians for Freedom of Religion or Belief. This study aims to provide a roadmap for parliamentarians to advocate for the right to freedom of religion or belief in the Western Balkan countries.

While each country is unique there are common challenges of approaching freedom of religion or belief issues in deeply rooted contextual ways. Where the approach is not compatible with international human rights standards, the normative challenges of the latter demand fundamental change. Despite challenges, I have found that advocating for freedom of religion or belief based on international human rights law standards provides a solid normative and methodological basis.

A human rights-based approach to advocating for freedom of religion or belief provides the opportunity and tools to change the paradigm within which these issues have been addressed.  On the one hand, such an approach may trigger some resistance, however, it also provides openings for new collaborations and guidance on resolving long-standing issues. I find that another important benefit of a human rights-based approach is that the treaties that form the frame of reference provide a compliance control mechanism that also involves ways for civil society engagement. Other important features of these mechanisms are that they are egalitarian and connected to domestic processes.

In my experience this way of engagement that FoBI prioritized helped draw new groups of people to the freedom of religion or belief work and helped trigger a response from public authorities. Two concrete examples come to mind from our work through submissions on the Alevi and Ülke group of cases where the Council of Europe Committee of Ministers adopted far-reaching decisions asking Turkish authorities to take specific measures.

Such an approach is also conducive to connecting the work on freedom of religion or belief to the wider human rights framework. In the case of FoBI we have focused on connection to the right to education, right to association, and more recently to gender equality. This is the right thing to do since all human rights are indivisible and interdependent, but it also has the added advantage of widening our network and collaboration with organizations or actors working in connection with these rights.

Engagement with public authorities and other actors is crucial to advocacy for human rights. It takes time to earn trust and therefore meaningful engagement demands long-term engagement with any actor. The space of religious freedom is a complex one; there are often vulnerabilities, strong boundaries, each community or actor having specific sensitivities and red lines. To navigate within this space, it is essential to have a principled approach and a transparent methodology. This helps builds credibility.

Regarding engagement with religion or belief communities, a relationship based on openness, respect, professionalism, and genuine engagement contributes to collaborative work. It is important to acknowledge that many religion or belief communities have worked on advocating for their own rights for a very long time. They have so much experience, have made significant sacrifices, and feel that they bear the responsibility for the safety of their communities. It is also important to recognize that religion or belief communities are very diverse. If one’s methodology facilitates the participation of diverse groups, then the resulting work will also reflect this. The space of freedom of religion or belief work is very much male-dominated. To help ensure that diverse issues are represented, measures must be taken to open the space to women as well. In FoBI activities we make an effort to ensure equal participation. Interestingly, we have found that in our capacity-building activities or roundtables we have more women participants.

Finally, as in any human rights project, it is important to constantly evaluate one’s theory of change and impact and then revise methodology accordingly as well as forming strategic collaborations.