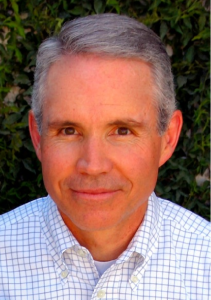 David G. Campbell is a Senior United States District Judge for the District of Arizona

During the confirmation hearing for Supreme Court Justice Amy Coney Barrett, Senator Diane Feinstein expressed a “very uncomfortable feeling” about the nominee’s religious devotion, observing that “the dogma lives loudly within you.” Senator Feinstein in effect asked whether a religiously devout person can serve as a truly fair and neutral judge. She seemed to fear that a judge’s devotion to religious doctrine will invariably override all other considerations—that religious dogma will prevail over the rule of law.

Many decried the Senator’s statement as religious discrimination, noting, among other things, that Article VI of the Constitution expressly forbids any religious test for public office. But the Senator’s question should not simply be dismissed as anti-religious animus. For those who believe in adherence to the rule of law, her question is relevant.  Few would argue that judges should be free to impose their religious views through their judicial decisions. To the extent this is the focus of Senator Feinstein’s concern, it deserves thoughtful responses.

As a religiously devout federal judge, I have thought about the Senator’s question. I do not pretend to have a complete answer, and this blog is not the place for extended discussion, but I do believe that religiously devoted judges can be true to their obligation to decide cases on the basis of the facts and the law before them.  I also believe that their religious principles, if truly followed, can make them better judges.

Federal judges swear to “administer justice without respect to persons,” to “do equal right to the poor and to the rich,” and to “faithfully and impartially discharge and perform all the duties incumbent” upon them as United States judges. They swear, in an act of solemn public commitment, to act as truly impartial judges should.

My religion teaches to me to keep my oaths [1]. Thus, if I choose to become a judge and I remain true to my religion’s teachings, I must adhere to this oath in all of my judicial decisions.

The United States’ system of government is designed, as John Adams wrote in the 1780 Massachusetts State Constitution, to be a “[g]overnment of laws and not of men.” My obligation as a judge is to apply the law, whether I agree with it or not, to the facts as I honestly find them applying the rules of evidence and procedure, whether I favor them or not. I took an oath to discharge this obligation faithfully. As a result, if I am ever assigned a case where my religious convictions prevent me from applying the law to the facts in a neutral and fair manner, I must recuse. I cannot act on a case where I cannot be true to my judicial oath of office.

In most cases, at least in federal district court where I serve, this task is not difficult. The law is clear, the facts can be determined from the evidence, and applying the law to the facts is the work we are trained to do as lawyers. In a few cases, however, the task is more challenging. These are cases where my discretion is broad, or I am to apply equitable principles, or the law is not well developed. It can be hard in such cases to detect all of the factors that may influence my thinking. As Justice Cardozo said a century ago, though judges “may try to see things as objectively as we please … we can never see them with any eyes except our own” [2].

These harder cases likely underlie Senator Feinstein’s concern. From my vantage point as a federal judge, I have three thoughts in response to that concern.

First, I can—and should—avoid imposing my religious convictions as the basis for a decision in any case. To do so would violate my oath of office.

Second, while I must see the world through my own eyes, I can strive diligently to understand my own views and biases and to ensure that they are not drawing me away from a fair and objective assessment of the law and the facts. This control cannot be implemented flawlessly by imperfect humans such as myself, but my oath compels me to try earnestly—to faithfully and impartially discharge the duties incumbent upon me as a United States District Judge.

Third, and importantly for the concern expressed by Senator Feinstein, the very same reality confronts non-religious judges—they too must monitor and control their personal views and perspectives. Our system of government obligates judges (and trusts them) to assess and constrain their personal views every day, recusing themselves when they cannot be truly neutral. If we trust judges to do this with strongly held political, social, and personal views, we should trust them to do so with religious views as well.

And while I am discharging this fundamental duty of every judge, I am convinced that adherence to my religious principles in my personal life will actually make me a better judge. Here are a few of many possible examples:

My religion teaches me to be courageous, to be strong in the face of adversity. Judges often must make unpopular decisions. The losing participants in every case are likely to think I’m a dunce, and on cases of public note I may encounter widespread public disapproval or even hostility. Small wonder Alexander Hamilton wrote in Federalist 78 that the judges envisioned by the Constitution require an “uncommon portion of fortitude.” Religious teachings that engender fortitude make for better judges.

My religion also teaches me to be modest. We can debate how well any judge does with modesty. People say nice things about us, at least in our presence. They laugh at our jokes and stand when we enter the courtroom. Judges are tempted toward arrogance, but modesty remains a key to true neutrality. Any judge who seeks to burnish his or her reputation, to obtain the plaudits and approval of the press, social media, or any other group, will be influenced in his or her decisions by these outside influences. A modest judge whose goal is simply to apply the rule of law faithfully, regardless of how others may respond, can decide cases without regard to outside influences.

My religion also teaches me to be honest. Thomas Jefferson wrote that “[h]onesty is the first chapter in the book of wisdom.” It is likewise a key chapter in the book of judging. Honesty requires a fully transparent display of the evidence the judge is considering and a fully accurate description of the reasons for the judge’s decision. When a judge explains his or her decision, whether in writing or from the bench, it is a wise practice to pause and ask this question: am I honestly and accurately explaining why I am making this decision? If the answer is no—if there is something influencing the decision that the judge is not comfortable revealing—then something is wrong. The judge should go back and reexamine how he or she is deciding the case. Honesty in judicial decision making protects against improper influences of every kind.

I recognize, of course, that non-religious judges possess and develop these and similar virtues. The religious have no monopoly on good character. But to the extent a religiously devout judge genuinely tries to live his or her religion, I believe it will make him or her a better judge.

So, my thoughts regarding Judge Feinstein’s genuine concern are twofold. First, we should seek for judges who can resist deciding cases on the basis of their personal preferences, whether those preferences be political, social, or religious. In other words, we should seek for judges who will be true to their oaths, and we should not assume that this task is somehow impossible for religious judges. Second, we should recognize that the virtues taught by religion—such as courage, modesty, and honesty—make judges better.