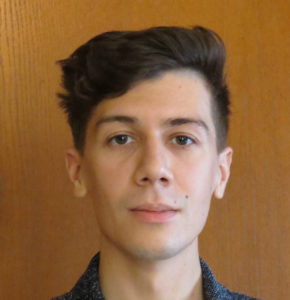 As tensions on the Russian-Ukrainian border grew, the difference between the two main Orthodox churches in Ukraine became clearer. While the Orthodox Church of Ukraine (OCU) spoke straightforwardly about the prospect of the Russian invasion and urged believers to protect their Homeland, the leadership of the Ukrainian Orthodox Church of the Moscow Patriarchate (UOC-MP) remained silent up until recently. Several UOC-MP public figures and media outlets repeatedly dismissed the prospect of invasion as “hysteria” and accused the OCU of spreading panic in the interest of the West.

Prayers for the Ukrainian Army

The Orthodox Church of Ukraine (OCU)—a relatively new religious entity that came into being in late 2018—was among the first religious institutions to call on believers to pray for victory and the Ukrainian army. As early as December 2021, the OCU’s Zakarpatya Diocese, located near Hungary, proclaimed 2022 “a year of intense prayer for the Ukrainian army” in light of the Russian military build-up on the border.

When the tension worsened significantly in January, Metropolitan Epiphany (Dumenko), head of the OCU, issued his first appeal dedicated to a possible Russian offensive. Drawing on examples from Ukrainian history, he urged people to “show the Russian rulers: it is impossible to defeat Ukraine; we will fight and defend ourselves and our homeland to victory!” and asked them to pray for “victory and just peace.”

That same day, the church published several prayers for such uses as “When the Fatherland is in Danger” and “For Liberation from Foreign Invasion.” The wording was rather direct: “protect the army, send Your angel to strengthen the defenders of our people” and “let our enemies disappear, and as the dust crumbles from the face of wind, so let dissipate their evil thoughts to destroy our Ukrainian state.” Subsequent to Russian recognition of the so-called Luhansk and Donetsk People’s Republics’ independence, the church added yet another prayer “For the Defenders of the Fatherland.”

The OCU has also appealed to national history in attempting to unite the nation. The growing menace of invasion in late January and February happened to coincide with national memorial days dedicated to Ukrainian students and soldiers killed by Bolsheviks in the Battle of Kruty in 1918 (on 29 January) and protestors killed during Euromaidan (protests against the regime of President Yanukovych) in 2014 (on 18–20 February). The church has always actively participated in these commemorations, and this year was no exception. Celebrating heroes of Kruty, for example, the head of the OCU used history to explain the rationale behind Russia’s military build-up:

Due to the current situation, honoring the memory of the Heroes of Kruty deepens our awareness of the meaning of the events that happened 104 years ago. Just as then, we have to defend ourselves from Russian aggression due to Russia’s unwillingness to recognize our independence and the identity of the Ukrainian people.

In several subsequent addresses, Metropolitan Epiphany reminded his flock of “imperial and Soviet serfdom” and numerous repressions that Ukrainians experienced under Russia’s rule between the seventeenth century and the Soviet collapse. Calling for national unity in the face of Russia, Epiphany reflected on several historic events that led to Russian occupation in the past—namely the attack on Kyiv in 1169 by Suzdal-Vladimir Prince Andrey, the destruction in 1708 of Hetmanate’s capital Baturyn by Russian troops, and the 1918 Bolshevik invasion:

The fruits of this enslavement are also known . . . . [T]he destruction of Kyiv in 1169 is recognized as a key event that led to the destruction of Kyivan Rus . . . . The defeat of Hetmanate resulted in the enslavement of the Ukrainian people and imperial crackdown on our identity. The Bolshevik occupation brought to Ukraine repression, terror, crimes against humanity unprecedented in world history in scale and cynicism—the largest of which was the Holodomor genocide of 1932–33.

After Putin stated that Ukraine had been created by Vladimir Lenin in the twentieth century, Metropolitan Epiphany resorted to telling symbolic gestures. In St. Sophia Cathedral in Kyiv—one of the oldest Christian cathedrals in Eastern Europe—he conducted a memorial service for the rulers of Ancient Rus to remind everyone of “more than a thousand-years-long history of Ukraine, which the aggressor is now trying to falsify, depriving us of the right to statehood.”

Until the very day of the Russian invasion, the UOC-MP leadership failed to deliver a clear message about Russian troops building up on the Ukrainian border. Instead, church speakers focused on “internal borders” that Ukrainian society needs to abolish and “persecutions” of the church by pro-OCU activists. This led many to accuse the church of keeping silent or even working for Russia.

The first time the church top-cleric touched on war was on 11 February. In a column for a non-church newspaper, vesti.ua, Metropolitan Antoniy (Pakanych), the UOC-MP chancellor, called the news about possible invasion “artificially created” panic. He said nothing about Russia or troops on the borders, however.

Less than a week later, on National Day of Unity, church representative Bishop Viktor (Kotsaba) took part in the ecumenical prayer for Ukraine. Kotsaba confirmed that in the case of war, the UOC-MP will “bless people for the defense of our Motherland” and expressed support for the Ukrainian government.

These statements, however, were overshadowed by several ambiguous symbolic gestures. On 8 February, the UOC-MP Odesa diocese started the All-Ukrainian Procession of the Cross with relics of Holy Warriors for peace in Ukraine. From the outset, the procession came under heavy criticism for using wording like “Russian Land” and “Holy Rus” in prayers.

On the eve of expected invasion, 15 February, the UOC-MP conducted an all-Ukrainian prayer “for the military fighting abroad.” Although dedicated to the Soviet soldiers who died in Afghanistan, this prayer was perceived as symbolic support of the Russian army.

Such symbolic ambiguity is not new for the UOC-MP. Since 2014 the church has used religious celebrations to speak about “internal conflict” (mezhduusobnaya bran’) in Donbas, quite in line with Russian official rhetoric. In 2015, It employed the cults of medieval princes Borys and Hlib to supply believers with role models of handling internal conflicts without resorting to armed forces, to symbolically undermine Ukrainian anti-terrorist operations in Donbas. Under the same banner, they organized the national Procession of the Cross in 2016, demanding peace without mentioning the Russian role in the conflict.

On 22 February, the day after Vladimir Putin’s speech, Kyiv Metropolitan Onufriy (Berezovskiy), head of the UOC-MP, finally broke the silence. In the four-line statement published on the church’s official website, he asked his adherents to pray for peace and pledged that

The Ukrainian Orthodox Church has consistently supported and continues to support the territorial integrity of Ukraine and calls on its faithful to pray for peace in our Ukrainian State and across the world. Exhort the leaders of states and whoever it may concern to prevent a new war. War is a grave sin before God!

“Information confrontation” Between the Authorities and the West

While the UOC-MP’s church leaders mainly were silent, one of the biggest church-affiliated media outlets—the Union of Orthodox Journalists (UOJ)—was much more outspoken. It called the news about invasion alarmistic and accused the OCU and Greek Catholics of spreading panic in the interests of the West.

In early February, when Ukrainian president Volodymyr Zelensky was fiercely criticizing Western media for damaging the Ukrainian economy with constant news about Russian threats, the UOJ published an article under the telling title “Hysteria around ’Putin’s invasion‘ and the role of ‘patriotic‘ confessions.” This article contended that “the war in Ukraine is primarily in the interests of the United States” and called Western warnings of possible invasion “the information confrontation” between the Ukrainian authorities and the West.

Several weeks later, in an editorial published on the eve of the expected 16 February invasion, the UOJ claimed that

Western countries have organized an unprecedented media campaign that has caused great damage to the Ukrainian economy and the Ukrainian mental state. The top of the OCU and the UGCC (Ukrainian Greek Catholic Church – AF) took the most active part in it. The “hierarchs” did not side with the Ukrainian government but supported the Western “partners” (or, better said, the masters).

In his hour-long speech on 21 February, Vladimir Putin accused Ukraine of persecuting the UOC-MP. In less than two days, the UOJ published an article predicting that this phrase would likely provoke “different radicals” to take revenge on the Moscow Patriarchate’s parishes. Putin followed the narrative the church had crafted on its own long ago.

Since the beginning of the Russian-Ukrainian conflict, the UOC-MP repeatedly raised the threat of its persecution either by Ukrainian authorities or right-wing radicals. But the situation changed dramatically in 2018 and 2019 when the OCU was established and some 500 parishes left the UOC-MP to join the new church.

Following the creation of the OCU, Ukrainian lawmakers adopted two laws: one required the UOC-MP to add its affiliation with the Russian Orthodox Church to its official name (now the official name of the church is “the Ukrainian Orthodox Church”); the other eased the process of switching jurisdiction for parishes. Metropolitan Onufriy and his Synod refused to accept the flight of parishes and accused the Ukrainian state and the OCU of seizing temples and persecuting his church.

Soon after, the UOC-MP grew interested in New Martyrs—clerics and laypeople executed by Bolsheviks for their Christian faith—as they represent perfect role models of resistance to the state. Since 2018, the UOC-MP has organized the canonization of several Kyiv clerics martyred in the 1930s and established a research center to promote these cults. According to the church, veneration of New Martyrs will instill in parishioners “a sense of intransigency in matters of faith,” which they need to face persecutions.

After Putin’s recognition of break-away statelets, the UOJ launched a survey asking whether this decision could impact the UOC-MP, and as of 26 February, 71 percent of respondents confided that they were afraid of “provocations of radicals.”

On 24 February, Russia invaded Ukraine from multiple directions. As of the date of publication, fighting continues in several cities, including Kyiv. The churches have expressed their full support of Ukraine.

Metropolitan Epiphany of the OCU issued an appeal urging his parishioners to not panic, to support the Ukrainian Army, and to pray for victory and peace: “Our common mission is to repel the enemy, to protect our homeland, our future, and the future of the new generations from the tyranny that the attacker seeks to bring with his bayonets.”

Metropolitan Onufriy of the UOC-MP addressed his flock the same day and demanded that Putin stop his troops. He called the Russian war against Ukraine a repetition of the first murder on Earth “when Cain killed his younger brother Abel,” as the relationship between the two nations is fraternal: “Our nations—the Ukrainian nation and Russian nation—are the nations that came out of one Kyivan Dnipro font. And the greatest shame for us is that we are at war with each other.” The UOC-MP Synod has appealed to the Moscow Patriarch, demanding he “call on the leadership of the Russian Federation to immediately stop hostilities,” while many priests and some dioceses are refusing to commemorate him in prayers.

Both churches opened their doors for refugees and are constantly praying. Some pray for peace—some for peace and the Ukrainian army. The UOC-MP claims several properties have been attacked by unknown forces. The Moscow Patriarch, who claims himself “a spiritual leader” of both orthodox Ukrainians and Russians, issued a vague and indecisive appeal, which caused some observers to ask whether anyone needs such a patriarch at all?

Ukrainian Churches and the Implementation of the Istanbul Convention in Ukraine: Being European Without Accepting “Gender”