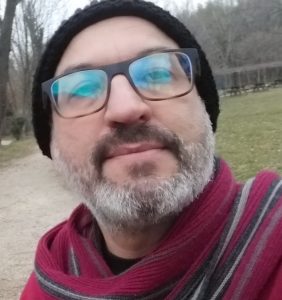 Marcio Henrique Pereira Ponzilacqua is an associate professor on the faculty of Ribeirão Preto Law School at the University of São Paulo, where he is also currently the vice director. His research focuses on the sociology of law and religion, including freedom of conscience and belief, socio-environmental rights, water rights, public policy and social inequality, ethics and citizenship, and institutions and communities. Ponzilacqua is also a Franciscan Friar.

The following is a translated summary of his remarks as a panelist addressing “Law, Religion, and Society” at the First Brazilian Symposium on Freedom of Religion or Belief (2022).

The Amalgamation of Law and Religion

It is necessary to understand that, since the beginning, law and religion have been amalgamated. At times, priests, Levites, and scribes were involved in the concatenation of society’s regulatory norms. And in such cases, it is easy to see that the values underlying them were exceedingly religious. “Religious ethics,” if we can call them that, at the risk semantic imprecision and anachronism, have always permeated the ethics of legislative texts and judicial action for legitimation, correction, or even instrumentalization.

Over millennia, these relationships became more complex, a process that did not go unnoticed by the first modern sociologists.

Suffice it to say, for our purposes, that it is essential that the social sciences, notably law and sociology, look with special attention at the paradoxical and intense relationship between these fields. I purposefully use the term field, in the sense attributed to it by Pierre Bourdieu, as an arena of dispute and locus in which strategies for the conquest of capitals are expressed. Yes, law and religion also are, whether individually or in their interaction, extremely disputed fields.

In the legal field, there is the dispute between various players to state the law—to consecrate its prevalent normative form, to privilege its domination before others. In the field of religion, the disputes are extremely cultural and symbolic. But in both fields, disputes of appropriation of capital inherent to the field, or associated with it, are manifested.

These fields are similar in numerous aspects, such as in (1) linguistic and symbolic expression, as both are particularly interested in meanings, communication, and logical legitimation; (2) axiological hierarchies; (3) power hierarchies; (4) forms of social and disciplinary control, among other forms of control; (5) fundamental structural forms; and (6) even the exchanges or couplings of systems, including economic and knowledge exchanges.

But there are also specific constituent elements that distinguish them, especially through the modes of functional differentiation that took shape in what is conventionally called modernity. In other words, since societies or communities moved toward complicating and differentiating their social systems and subsystems, law and religion have also become autonomous and have assumed increasingly clear and more distinctive contours and boundaries.

In sociological terms, in practice, these domains continued in communication and even in symbiosis, both evident and discreet. There are the concordant regimes—the influence of the Qur’an on Islamic states’ legislation, or even the cultural penetration of Buddhism or Shinto in Japan, considerable parts of India, and Thailand, among others.

In Brazil today, there are relationships between religious denominations and the sphere of power that, not infrequently, degenerate into political scandals. Religion and law did not become disentangled and disenchanted with each other to the extent that the strictest defenders of separation provided or intended.

Another important and substantial issue to address, because it relates to the theme of justice and peace, is that of violence. I speak of the problem of violence in religions, inherent or not, and, in the ultimate analysis, the problem of violence as an inherent element in human relationships that, in extremis, affects international conflicts and even wars, as we are witnessing.

How do we deal with this? Can religions, in this current state and stage of humanity, sustain and promote anti-violence discourse? How are questions of justice and coexistence to be addressed in this environment?

Recently, due to the outbreak of “war” in Ukraine, letters between Einstein and Freud about war were “resurrected.” To summarize, Einstein, who was suspicious of the nascent science led by Freud, eventually acknowledged the necessity of his friend’s approach, asking him to what extent it is possible to understand the human interior to unravel the triggering mechanism of war. With some pessimism, Freud declared that the shadows that give rise to the violence of war, explained obviously by the “shadows” of the human interior, are certainly difficult to measure and restrict. Cultural immersion is, perhaps, one of the most potent means of transformation. In the words of Bourdieu, it requires symbolic resignification. I would add that religions can be efficient mechanisms for transformation if there is penetration into collective consciences.

Some sociologists of religion even assert, in a reductionist way, that the role of religion was eminently to placate violence, above all through atoning sacrifices. The sublimation of collective violence is one of the relevant dimensions of religious expression, but religions are not reduced to that. Today we know that the attraction of, or seduction exercised by, the sacred is much more complex, ranging from the activation of archetypal human languages, as Carl Jung and even Lévi-Strauss propose; to an expression of fostering empathy, as Edith Stein masterfully develops; to the context of otherness, as recognized by Martin Buber, Paul Ricœur, and Emmanuel Levinas.

In this, religion meets law: both express interactions, private and public. This could be the key to mapping a healthy and “tolerant” coexistence, but without the illusion that conflicts, shadows, and violence will be easily resolved. The construction of peace processes implies demanding and challenging attitudes. Reconciliation, especially in extreme situations, is not a smooth and easy path. It is a narrow one. It implies individual and collective choices that require pondering—integral considerations of the human being. It is in this sense that religions can effectively collaborate. But unfortunately, they can also harm. It depends on sensible and clear choices.

Peace demands “justice.” In a post-truth world, or with the expansion of skin-deep truths, superficial and partial, speaking of justice is another challenge. Because justice requires establishing dialogues around the search for truth, especially the real fact that caused the wounds and often did so with great depth and permanence.

It is necessary to tread this path, be it through science or through religious denominations, in pursuit of something that, in principle, both intend: the substantial truth of the human being in its integrity, which implies conceiving of it as an imperfect being and in relation, in continuous maturation, individual and collective.

Panorama of Religious Coexistence in Brazil 

Thoughts on Law, Religion, and Society