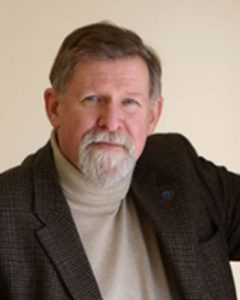 James Christie is Ambassador-at-Large for the Canadian Multifaith Federation. The following is an edited summary of his remarks at the 29th Annual International Law and Religion Symposium, 3 October 2022.

It is not my custom to dedicate a particular paper or talk to any one person, but in this case, I wish to make an exception. Recently the world, and my country especially, lost the Honorable the Reverend Professor William Alexander Blaikie, one of Canada’s longest-serving politicians and Social Democrats, statesman, and the director of the Knowles-Woodsworth Centre for Theology and Public Policy, which came under my administrative purview many years ago. His contributions were enormous, and I should like to dedicate these thoughts to the inspiration of Bill and his memory. May he rest in peace.

That’s How the Light Gets in

To try to achieve my task at this Symposium, I’m going to enlist the help of the late, great Leonard Cohen, poet and songwriter, and one of his perhaps lesser-known pieces titled “Anthem,” the refrain of which goes thus:

Ring the bells that still can ring

There is a crack, a crack in everything

That’s how the light gets in

The cracks: those dark, shadowed, uncertain, and dangerous places that we expect nothing but terror from, which nevertheless sometimes do permit the entrance of light into our conversation and permit us to begin to see ways out of darkness, as the light trickles in.

I wish to employ stories to talk about living in the cracks. Story is to religion as math is to science. And I would venture to say, with all humility, that the same applies to case study in whatever field of law one is in. It’s the story that is captured, assessed, analyzed, brought together with precedence, at least in our system of law. I’m essentially simply a storyteller, and I want to tell you three stories. You may determine how they fit with our panel’s theme of “Understanding Religion and Peacebuilding,” if they fit, and what you might wish to do with them.

The first story occurred nearly 40 years ago. In 1983, the government of the Canadian province of Quebec had accepted as immigrants nearly 250 Guatemalan political refugees. They had claimed refugee status for themselves and, in some cases, for members of their family. Their stories individually were horrifying, as they left a country in seemingly perpetual civil war. They came to Canada, learned professions and trades, and had children. The government of Quebec thought they were great citizens. (Spanish and French are not that far apart, really, are they?) But the federal government under then Prime Minister Pierre Trudeau decided that they were unjustified intruders into Canadian society and was going to deport all of them, including children born in Canada. In Quebec, this was deemed unacceptable, not simply as a federal/provincial issue, which Canadians live and breathe and are prepared often to die for, but as a human issue and an issue of faith.

A small organizing group of about 100 lawyers, priests, ministers, journalists, and even a politician or two banded together to try to address these circumstances. In consequence, one day in the autumn of 1983, when I was serving as Minister of the Richelieu Valley Pastoral Charge, I received a phone call saying, “Have you ever thought what it might be like to declare sanctuary?”

I said, “I presume this phone call means I am now going to have to.”

This group decided to declare sanctuary for a young man named, for media’s sake, “Rafael.” We turned a minister’s study into a one-bedroom apartment, and Rafael lived there for four months. During that time, he was befriended by the entire congregation and by neighboring congregations. He was fed. He had exercise facilities; teenagers would play basketball with him in the afternoons and evenings. And we discerned that the Prime Minister would not object if people met and dined with him. The only restriction was that he couldn’t leave the church premises because we were invoking the not entirely legal tradition of sanctuary in Canada. At the end of four months, the Prime Minister issued an Order in Council permitting the Guatemalan refugees in Quebec to remain in Canada and receive citizenship.

The lesson that many of us gleaned concerning religion and the law when it comes to peacebuilding, and particularly addressing and caring for refugees as an act of peacebuilding, was that religion calls the law and lawmakers to recall ever in their work empathy and human dignity.

Peacebuilding Through Community Dialogue with and about the Law

In the last days of 2020 and opening month of 2021, Canada’s Chief Public Health Officer, Dr. Theresa Tam, concluded that she needed people on the ground, at the grassroots, to educate and persuade the Canadian people from coast to coast about the benefits of Covid vaccination. She proposed, through Canada’s Privy Council, to draw together religious leaders from across the country to have an open roundtable—an honest down-and-out, give-and-take—with her concerning the vaccine rollout and what it means. She asked a number of organizations, including the Canadian Multifaith Federation, the Canadian Interfaith Conversation, the Canadian Council of Imams, and the Canadian Council of Churches, if we could bring some of our colleagues together, and we did. In late January 2021, 1300 religious and spiritual leaders, including 300 indigenous spiritual elders, met in a virtual roundtable with Dr. Tam. She talked, and we listened. And then we asked, and she listened. It was extraordinary, and it seems to have had an effect in places we never imagined.

In that instance, religion managed to call to the law, to the truth in the law, that law, like love, is meant for the entire community.

In February of this year, the entire capital of Canada was put under siege. It was all terribly nasty and divisive. And no matter what the good intentions may have been on either side by some, others took advantage of the opportunity to exercise the right to act in racist or fascist ways. All sorts of symbols were being used: Stars of David painted on the cabs of 18-wheelers and the ubiquitous “swastika” of the new right and white supremacist movements. This caused a certain amount of upset among many.

One member of Parliament, Peter Julian, resurrected his bill to ban hate symbols in Canada, and the first hate symbol he targeted was the swastika. Except what he actually referred to was that justifiably hated symbol of the Nazi regime from 1933 to 1945, the Hakenkreuz, the hook cross, which is a purloined, twisted (literally) version of one of the more beloved symbols of the karmic religions in the world. The swastika is a symbol of good fortune, of blessing, and of hope that adorns the entryway to temples of Hinduism, Buddhism, Zoroastrianism, Jainism, and Taoism. Peter didn’t know that there were implications to what he was doing—that sometimes words and symbols represent much more than we imagine.

We got together and discussed how we might use this as a teaching moment, and we found the oddest ally: the Centre for Israel and Jewish Affairs. Richard Marceau is their vice president of external affairs, a former French Canadian Roman Catholic who converted to Judaism. Richard contacted Pandit Roopnauth Sharma, who is the president of both my organization (the Canadian Multifaith Federation) and the Hindu Federation of Canada, and said, “This isn’t right, and the Jewish community knows it isn’t right.” If you want to talk about forgiveness, imagine a Jewish body going to bat for a swastika in Canada. But that’s exactly what Richard did. Richard and Pandit Sharma spoke to Peter, and Peter listened. Peter responded, “I didn’t know, but the legislation, before it is placed in final reading in the House of Commons, will be modified to indicate the specific differences for the karmic religions in the swastika as opposed to the Hakenkreuz.”

In this case, religion reminds law that it is best not dictated, but rather discerned—not imposed, but inclusive.

Ring the bells that still can ring

There is a crack, a crack in everything

That’s how the light gets in