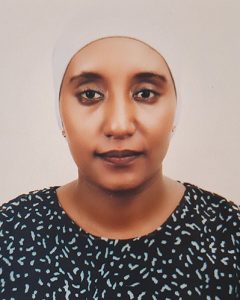 Asma Redi Baleker is Director General of the Ministry of Peace of the government of Ethiopia. The following is an edited summary of her remarks at the ICLRS 29th Annual International Law and Religion Symposium, 4 October 2022.

Today I will share information about the peacebuilding efforts of religious and interfaith institutions in Ethiopia, as well as policy support from the government. Sharing information about these efforts does not mean all such efforts are completely successful. I share simply to show the efforts and work of religious leaders and institutions in our country.

More than 98 percent of Ethiopians are believers; they obey and follow their respective religions and religious leaders. And there are more than 2000 registered religious institutions in the country. Most are registered by the Ministry of Peace. More recently, however, evangelical “gospel believers” are able to be registered by the Ethiopian Gospel Believers Churches Council, as the Council’s establishment proclamation permits a religious group that becomes a Council member to gain status as a legal entity. None of these newly registered religious institutions faces challenges or resistance from already-registered organizations.

Seven dominant religions in the country established the Inter-Religious Council of Ethiopia, but this independent Council is fully supported and empowered by government policy. They came together in 2010 to ensure that their common values—such as justice, freedom, love, and peace—are promoted, protected, and respected by all citizens, regardless of religion and background. They also organized to ensure protection of religious freedom and equal treatment by the government.

Though there have been minor cracks here and there throughout the years, Ethiopia has a history of tolerance and peaceful coexistence. The country is known in the Muslim world as the first to welcome relatives of Prophet Muhammad (Peace be upon him). And Christian and Islamic organizations are established and coexist peacefully in the country.

Conflict and Disaster in Ethiopia

Even so, Ethiopia has experienced many conflicts: some are short-term, while others prolonged; some are externally imposed, but most are internal. Most internal conflicts that arise are given ethnic or religious cover and promoted by political entrepreneurs. Ethnicity or religion by itself has never been a sufficient reason for conflict to arise in the country; rather, politicians try to provoke the public through their ethnic identities and religious backgrounds. Resource-based conflicts also exist, as the country experiences ineffective utilization of its natural resources.

Disasters have had an impact on Ethiopia. Covid has been the biggest disaster in recent years. We have been emerging from decades of drought, though environmental degradations cause periodic droughts and floods in parts of the country even now. We are still experiencing civil war in some areas. Ethiopian state-building history has passed through different wars during the past hundreds of years.

These disasters and prolonged conflicts have resulted in the loss of millions of human lives and millions of dollars in property, and the disruption of economic activities and social order. Disasters and conflicts have also resulted in millions of internally displaced people in the country. Other significant effects include distrust of institutions and disordered social interactions. As mentioned previously, cultural diversity is the basis of our tolerance and coexistence, but conflicts degrade this peaceful social order from time to time.

The Role of Ethiopia’s Religious Organizations in Conflict and Disaster

Given these consequence, what is the role of religious institutions in such difficult times?

The first is the role of the Inter-Religious Council as a unifying, central umbrella organization. Though the Council is established by seven religious institutions, when difficulties arise in the country, it attempts to include other, minority religions to stand together to address urgent needs and emphasize shared humanity. The Council promotes unity, harmony, and tolerance, especially when there is an ethnic/religion-based provocation of conflict by conflict entrepreneurs. Due to the efforts and work of religious leaders and elders, there is a high level of religious tolerance and harmony in the country. If it were left to the politicians, unity would not prevail.

The Council also solicits and mobilizes support and resources for millions of internally displaced people, not only from domestic sources but from international donors and their supporters as well.

Religious leaders play a significant role in conflict resolution. They reprimand conflict-inciting parties, politicians, and elites, inviting them to come to their senses and resolve their differences through peaceful discussion. They advise communities to avoid conflict and promote coexistence and peace. Religious organizations also help by healing the trauma of victims of conflict and providing humanitarian support through their development units.

During disasters, religious organizations calm the public by calling for continuous prayers, day and night. Whenever a disaster occurs, the first thing religious leaders do is initiate days of continuous prayer, and they don’t pray alone; they call on the public to pray continually at home. Religious institutions also communicate group condolences to those who have been affected by disaster to remind them the Almighty is still with them and to lift them in the aftermath. In addition, religious leaders call for believers and followers to engage in practices that promote self-protection, unity, and synergy. As mentioned previously, more than 98 percent of Ethiopians are religious followers, so they listen and respond to this call. Religious organizations provide organized humanitarian support. They also lead the country’s Green Legacy Initiative and promote coordinated efforts in environmental protection to overcome the drought and floods caused by environmental degradation.

Religious organizations are also engaged in reconciliation efforts between conflicting parties in different regions. At the grassroots community level, they teach why reconciliation is beneficial and important and how to reconcile through dialogue. Again, they teach the importance of tolerance and harmony between people, institutions, and religions. And they emphasize the importance of institutional strength and internal peace. Such efforts have been carried out, for example, in the Amhara, Benishangul-Gumuz, Oromia, and SNNP (Southern Nations, Nationalities, and Peoples’) regions of the country.

Importantly, reconciliation efforts have also been carried out in the northern, Tigray region, where the Ethiopian National Defense Force (ENDF) and Tigray People’s Liberation Front (TPLF) have been at war. Even before the war began, religious leaders traveled to Mekelle, the capital of the Tigray region, and begged the federal and regional governments to calm down and have rational, peaceful discussions, rather than create pressure and tensions in the country. Though some conflicts continue to escalate, religious organizations have intervened to prevent hundreds of conflicts from escalating and getting worse.

Peacebuilding efforts have resulted in helping people be more rational than emotional. Politicians lead by provoking the public emotionally. But our religious leaders have tried to teach the public to be more rational. Such efforts have also helped strengthen and increase the endurance of victims in times of difficulty. Our religious organizations teach the public to have patience, tolerance, and strength to rise out of difficulty. They also encourage cooperation and coexistence by the larger community, promote synergy, and foster a sense of humanity. That is why we survive: we help each other a lot. If not for this coordinated effort, it would have taken Ethiopians longer to recover from the trauma and pain resulting from various conflicts and disasters.

The rehabilitation and resettlement of internally displaced persons has been accomplished with the help of our religious leaders. Religious organizations have also helped reconstruct both social cohesion and physical damage after disaster and conflict.

Religious actors and organizations in Ethiopia have made significant contributions to peacebuilding, but as I mentioned at the beginning, I do not claim that they have been entirely successful in their efforts. Significant challenges remain. The first is globalization and social media; the younger generation is more dependent on social media and its messages than the elders advise. Political polarization and an ethnicized political culture is another challenge that erodes unity and promotes religious division, sometimes even among similar religious followers. In addition, religious organizations may experience insufficient support by other stakeholders; they may begin efforts but not accomplish everything or reach the entire community without sufficient support from local government, NGOs, and international donors. And finally, their efforts can be compromised by lack of political will; religious organizations’ efforts at peacebuilding may not be supported by politicians who attempt to provoke the public for their own gain.