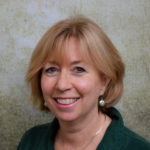 Catherine Wanner is a Professor of History and Cultural Anthropology at The Pennsylvania State University. She earned a doctorate in Cultural Anthropology from Columbia University.  She is the author of Burden of Dreams:  History and Identity in Post-Soviet Ukraine (1998), Communities of the Converted:  Ukrainians and Global Evangelism (2007), co-editor of Religion, Morality and Community in Post-Soviet Societies (2008), editor of State Secularism and Lived Religion in Soviet Russia and Ukraine (2012) and editor of three collections of essays on resistance and renewal during the Maidan protests. Her research has been supported by awards from the National Endowment for the Humanities, the National Science Foundation, and the Social Science Research Council. In 2016-17 she was a visiting professor at the Institute of European Ethnology of Humboldt University and in 2019-20 she was a Fulbright Scholar at the Ukrainian Catholic University. She was awarded the 2020 Distinguished Scholar Prize from the Association for the Study of Eastern Christianity.