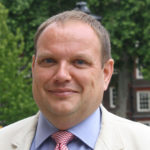 Mark Hill QC practices at the Bar in London and is an affiliated or visiting professor at the Centre for Law and Religion, Cardiff University; Pretoria University, South Africa; Notre University Law School, Sydney, Australia; and the Dickson Poon School of Law at King’s College, London.

In most countries of the world, the inter-relationship between the state law on marriage and that of differing religious groups is complex and contested. It is navigated in varying ways, both conceptually and as a matter of practice. Clarity as to the subsistence of a marriage is essential where issues of succession and inheritance are concerned, and – as a minimum – the state has a continuing duty to ensure the well-being of children in the event that a marriage breaks down. END_OF_DOCUMENT_TOKEN_TO_BE_REPLACED

Continue Reading Divorce and the Chained Wife: The Interplay of Civil Law and Religious Law 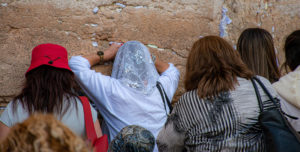 Two distinguished scholars, one from Israel and one from the United Kingdom, join us to discuss a landmark case, ‘believed to be the first time the criminal justice system in the UK has been used on behalf of an agunah – a “chained” woman left unable to remarry according to Jewish law because her husband denies her a religious divorce.’*

Evoked in this case are issues not only of Jewish and British law, but of family law, religious autonomy, and women’s rights, with ”wide implications within the Orthodox Jewish community and potentially in other communities, when religious laws are abused . . . .’** END_OF_DOCUMENT_TOKEN_TO_BE_REPLACED