In Attorney General v Akhter & ors [2020] EWCA Civ 122 the UK Court of Appeal overturned a judgment of the High Court which held that an Islamic marriage ceremony, a nikah, could have legal effect. There was a certain irony in the decision, which focused on the formal requirements of marriage law in England and Wales, being issued on St. Valentine’s Day; originally a Christian feast day, it has become a globally recognized day to celebrate love and romance. In modern times, marriage is generally regarded as intensely romantic, however the reality of the potential complications of marriage in our increasingly diverse and multicultural societies is frequently overlooked. END_OF_DOCUMENT_TOKEN_TO_BE_REPLACED 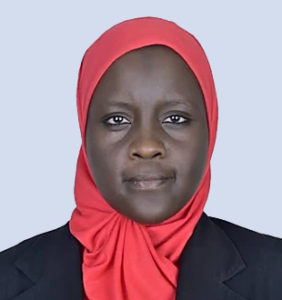 This post by Azizat Omotoyosi Amoloye-Adebayo is reprinted with acknowledgment of its original publication in the Blog of the Institute for African Women in Law.  Dr. Amoloye-Adebayo is a member of the Faculty of Law, University of Ilorin, Nigeria and a barrister and solicitor of the Supreme Court of Nigeria. She was a member of the International Center for Law and Religion Studies’ Young Scholars Fellowship on Religion and the Rule of Law class held at Christ Church, Oxford, UK, in 2019.  The views expressed in this entry belong solely to the author.

What happens when the “private” space becomes the “public” and ‘only’ professional space?

As of early February 2020, there was no reported case of Covid-19 infection in Nigeria. But by 21 April 2020, there were 665 reported cases and 22 deaths. On 17 April 2020, Nigeria recorded the death of the first high ranking government official, Alhaji Abba Kyari, the Chief of Staff to the Nigerian President Muhammadu Buhari. By this time, the narrative of the contagion had changed from one of ‘contact with persons with travel history’ to that of community spread, at least within the cosmopolitan state of Lagos and the Federal Capital Territory Abuja. The testing procedure had to be stepped up from contact tracing to community testing which led to the discovery of more cases. END_OF_DOCUMENT_TOKEN_TO_BE_REPLACED

On February 27, 2020, the UN Special Rapporteur on Freedom of Religion or Belief released a new report dedicated to the interplay between religious freedom and gender equality. In this report the Rapporteur addressed gender-based violence and discrimination in the name of religion or belief.

Talk About: Law and Religion asked scholars and lawyers representing academic and human rights institutions from the United States, Spain, Turkey, and Germany to reflect on this report by analyzing its achievements and its most controversial points. While each contributor welcomes and appreciates efforts from the UN Special Rapporteur to combat harmful practices (e.g., FGM, gender violence, forced marriages, or depriving women and girls from education etc.), most also criticize some of the approaches reflected in the report, such as the report’s conception of the nature of religious freedom and religious autonomy. They also call for more nuanced discussions, both theoretical and policy-oriented, as a precondition for advancing both the freedom of religion or belief and non-discrimination as mutually reinforcing rights rather than mutually exclusive rights.

Participants in this Conversation: END_OF_DOCUMENT_TOKEN_TO_BE_REPLACED