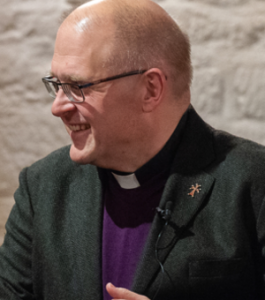 Andrew Teal is Chaplain, Fellow and Lecturer in Theology at Pembroke College

In November 2018 the work of over a year came to fruition in Oxford when a distinguished panel of global religious leaders, the former Archbishop of Canterbury, Rowan Williams, Elder Jeffrey R. Holland, Professor Frances Young, and Lord David Alton, under the direction of the chaplain of Pembroke College, Oxford, the Revd Dr Andrew Teal, shared their thoughts on how Christian faith goes hand-in-hand with Christian service. The International Center for Law and Religion Studies cooperated with several Oxford institutions to support the event, including Pembroke College, the Oxford Programme for the Foundations of Law and Constitutional Government, and the Centre for Theology and Modern European Thought (Paul Kerry, ICLRS Associate Director).

During 2018, events conspired to raise our awareness that many students who had hoped to engage with transformational projects aimed at the public good when they graduated were instead feeling hemmed-in into careers which paid well—to see-off student loans and debts accumulated at university. In conversation, there was also a recognition that though the musical lives of Oxford and Cambridge especially meant that college chapels, to a large degree, were somewhat inoculated from the widespread experience of diminishing numbers, impact and resources in many churches, there was sometimes a restriction to beautiful music rather than a more profound engagement with the life of faith. There were puzzlements voiced that there didn’t seem to be a direct connection between the quest for aesthetic excellence and plugging into the resources of belief.

END_OF_DOCUMENT_TOKEN_TO_BE_REPLACED

Andrii Krawchuk is Professor Religious Studies and Past President at the University of Sudbury (Canada) Any serious treatment of this question must begin with a sober assessment of the formidable and, in the short term, seemingly… 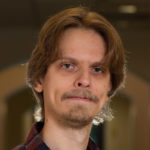 Though I am a scholar of religious studies, I am not an expert in Orthodox Christianity. My specialization is the study of both new religious movements and esoteric communities and their roles in contemporary culture. With such unusual interests, it should come as no surprise that my interests in Russian media coverage of Ukrainian autocephaly were equally unusual. For many years, I have observed that polemical narratives against emerging or unorthodox spiritual communities are more than just random attacks. Particularly within the Russian context, most of these criticisms uncover broader political ideologies that universally characterize religious groups as the enemy, building the foundation for large-scale ideological criticism not limited only to religion.