Dr. Dmytro Vovk discusses the religious dimension of the Russian-Ukrainian conflict including the influence of religion on the conflict, threats to religious freedom in the territories affected by the conflict and church-state relations in Ukraine in the context of the conflict.

0:08 Religious context of the conflict

5:45 The Conflict and Russian Orthodox Christianity in Ukraine

8:15 Religious Freedom in Donbas and Crimea

15:41 Church-State relations in Ukraine and the conflict with Russi

Religious Context of the Conflict

In literature one can find a distinction between the peripheral and central influence of religion in wars and violent conflicts. The Russian-Ukrainian conflict has manifested a more peripheral influence, which relates to the loyalties and identities of the players in the conflict, as opposed to a more central influence, which deals with the political goals of combatant parties. We see that all parties in the conflict—Russia, Russia’s proxies in Donbas (so-called Donetsk and Luhansk People’s Republics), and Ukraine—use religion to promote their own political agenda. However, a closer examination reveals that the core goals of the conflict are primarily secular, which for Russia and its proxies is keeping control over Ukraine and preventing the country from a drift toward the West and European institutions, while for Ukraine, it is securing its independence and right to choose its own geopolitical vector.

END_OF_DOCUMENT_TOKEN_TO_BE_REPLACED 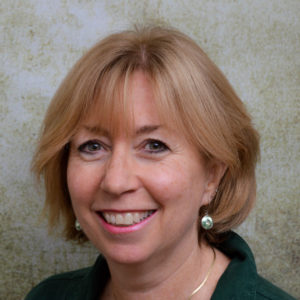 Catherine Wanner is a Professor of History, Anthropology and Religious Studies at The Pennsylvania State University. She earned a doctorate in Cultural Anthropology from Columbia University.  She is the author of Burden of Dreams: History and Identity in Post-Soviet Ukraine (1998), Communities of the Converted: Ukrainians and Global Evangelism (2007), co-editor of Religion, Morality and Community in Post-Soviet Societies (2008), editor of State Secularism and Lived Religion in Soviet Russia and Ukraine (2012) and editor of three collections of essays on resistance and renewal during the Maidan protests in Ukraine. Her research has been supported by awards from the National Endowment for the Humanities, the National Science Foundation, and the Social Science Research Council. In 2016-17 she was a visiting professor at the Institute of European Ethnology of Humboldt University and in 2019-20 she was a Fulbright Scholar at the Ukrainian Catholic University. She was awarded the 2020 Distinguished Scholar Prize from the Association for the Study of Eastern Christianity. Professor Wanner was interviewed by Dmytro Vovk.

In your works, you utilize an anthropological approach to studying religion. How does that approach help us to better understand religion in communist and post-communist countries?

I think it helps on many different levels. An anthropological approach centers on what’s called “participant observation.” This means long-term fieldwork in-country, which gives a certain kind of insight and knowledge to contemporary developments that complement the kinds of knowledge gained from sociological or political surveys. The main contribution that ethnographic research offers is how and why people understand certain categories, values, and other ideas the way they do. It can help in concept formation or in interpreting the results of surveys, which very often can be puzzling or otherwise inexplicable and surprising. But combined with ethnographic research, the two can offer a more accurate and fuller picture of developments as they’re occurring on the ground.

Can you give an example of how the anthropological perspective can enrich our understanding of religion?

I just completed a book on what I’m calling everyday religiosity. In the book, I’m looking at the category of [Ukrainian] people who describe themselves as “just Orthodox” (prosto pravoslavni). A large block of the population describes themselves in this amorphous way. Scholars often translate this as “simply Orthodox,” claiming that these Ukrainians are undecided and cannot choose allegiance to a particular denomination because they are not historically used to having a spectrum of denominations from which to choose. Even some scholars who claim to have particular expertise in Ukraine put forth those kinds of interpretations as to why people might identify themselves as prosto pravoslavni.