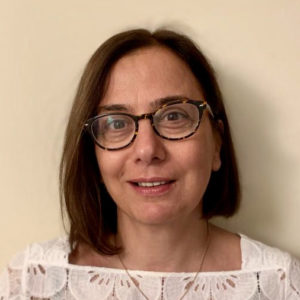 Dr. Mine Yıldırım is Head of the Norwegian Helsinki Committee’s Freedom of Belief Initiative in Turkey

How do restrictions on the right to freedom of religion or belief (FoRB) in your country affect women? Are women and men impacted differently by the same security measures? Usually, silence follows when these questions are posed to public officials, civil society organizations, and religious or belief community leaders. Then, though some examples may come to mind, the list of relevant issues rarely extends beyond highly visual restrictions, such as with the headscarf or the burka.

We do not yet have a comprehensive and systematic resource that provides of how the gender dimension of FoRB presents itself and how it should be monitored. Understanding this is particularly important for states and civil society organizations. States must protect the right to freedom of religion or belief for both men and women and must refrain from restrictive measures that disproportionately impact women or men. Likewise, civil society organizations strive to understand how women are impacted by these measures so that they can hold states accountable.

Human rights compliance policies have largely focused on the interplay between religion, women’s rights, and equality, or in other words, FoRB and women’s equality. In 2013 the former UN Special Rapporteur Heiner Bielefeldt elaborated on this in his report to the UN General Assembly. His analysis addresses religious stereotypes in conjunction with gender stereotypes, gender and sexuality in school education programs and religious institutions, protection gaps in family law, and criteria for imposing proportionate limitations on freedom of religion or belief. Bielefeldt’s analysis of women’s right to FoRB was limited, highlighting issues related to religious symbols and garments, and focused mainly on harmful practices impacting women’s right to FoRB that may have religious roots.

The 2017 USCIRF Report titled Women and Religious Freedom – Synergies and Opportunities, authored by Nazila Ghanea, constitutes a significant contribution to our understanding of interactions between FoRB and provisions in international human rights law on equality. Ghanea notes that while there is normative integration between freedom of religion or belief and women’s equality, these synergies are difficult to discern and there is a common misperception that women’s rights to equality and FoRB are clashing rights. She observes that while the International Bill of Human Rights (UDHR, ICCPR, ICESCR) prohibits discrimination on the basis of both sex and religion, “both sets of human rights provisions (FoRB and women’s equality) take insufficient account of the other.” Related is also the issue of understanding women’s right to freedom of religion or belief as a distinct but connected area of inquiry. Indeed, understanding and addressing the gender dimension of FoRB and the impact of restrictions by state and other actors on women’s enjoyment of this right will advance FoRB as women’s human rights as well as help realize equality.

The Organization for Security and Co-operation in Europe’s Office for Democratic Institutions and Human Rights (OSCE/ODIHR) recently published the Freedom of Religion or Belief and Security: Policy Guidance document, which makes an essential contribution to identifying how certain security-driven restrictions on FoRB impact men and women differently. The Guidance document highlights the gender dimension throughout and as such serves as a helpful example for policy documents. With respect to a constitutional and legal framework, the Guidance advances that policymakers should remember this unequal impact when formulating and implementing limitations on freedom of religion or belief. In other words, limitations should not be discriminatory, including on ground of gender.

Four issues of relevance at the intersection of freedom of religion or belief and security are specifically discussed in the Guidance—registration, “extremist” speech and literature, searching places of worship, and conversion—as common issues in the entire OSCE region.

Two of these issues are specifically relevant to the interplay of FoRB and gender. In the context of “extremist” speech and literature, the guidance notes that women and girls are disproportionately targeted by religiously motivated derogatory statements and hate crimes because their adherence to a specific religious tradition is often made visible by their religious attire or symbolism. As a result, these women suffer double discrimination, based on their gender and their religion. The Guidance recommends that education should promote a more sensitive understanding of the choices that women and girls make generally, as well as in matters pertaining to how they practice their religious beliefs.

Gender considerations are also important in the context of screening and monitoring measures by public authorities. The Guidance paper warns against stereotypical gender assumptions that are “both discriminatory and unlinked to genuine security assumptions,” such as when security checks are established at worship or meeting places. In some cases men are disproportionately targeted for identification and questioning, and in other cases women are disproportionately impacted in the course of identification, such as being requested to remove face or head coverings. In light of these, the Guidance notes that states should not only be sensitive to potential discrimination based on gender, but also seek to avoid or minimize it. For example, requests to remove items of clothing for identification or security searches should be made by security personnel of the same gender and in a private and closed space. Similarly, where searches taking place in gender-segregated spaces occur, only individuals of the same gender should conduct the search. Consequently, the recommendation to states is to ensure that “those tasked with performing screening, monitoring and search activities at places of worship and meeting places are aware of and trained to deal with potential issues specific to men and women, including the different ways in which they might exercise their freedom of religion or belief in those spaces.”

Understanding and focusing on women’s right to FoRB in implementation may prove to be a necessary and effective method to bridge the gap between this right and gender equality. While we are still in the early stages of understanding and mainstreaming the gender dimension of freedom of religion or belief, these sources, especially the OSCE/ODIHR Policy Guidance document, provide an excellent resource for policymakers and human rights monitors.

Why Religious Freedom Matters to Me