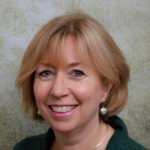 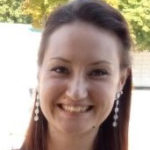 Post by Catherine Wanner, Professor of History and Anthropology, The Pennsylvania State University, and Tetiana Kalenychenko, Coordinator and Facilitator of the Dialogue in Action Project, and Lecturer in Religious Studies at National Pedagogical Dragomanov University.

The role of religious organizations in addressing social and cultural policies has only intensified since the Maidan protests of November 2013-February 2014. One of the signature accomplishments of former Ukrainian President Petro Poroshenko, whose slogan was “Army, Language, Faith,” was securing the Tomos that led to the creation of a canonically recognized Orthodox Church of Ukraine (OCU). In an already crowded religious landscape, the question now is how this new church might shape social and political policies. Will the OCU take a lead from its northern neighbor and maintain a close alliance with the state? This is a distinct possibility given the priority President Poroshenko placed on the creation of this church in the first place for building national solidarity and his active role in bringing it into existence.

The other scenario that is frequently discussed is a continuation of the role Churches played during the Maidan, when they were both useful and a thorn in the side of the state. The churches had enough independence from the state to criticize it, even though they still enjoyed the benefits of state protection.  This is often referred to as the national church option. The endorsement of the OCU by the Church of Greece played a pivotal role in securing its future. Although this endorsement drove a wedge between the Russian Orthodox Church and other Orthodox jurisdictions that accept the OCU, it effectively ensured the continued existence of the Orthodox Church of Ukraine.

Given the enormous efforts expended to secure this Tomos – and the considerable cost given that Poroshenko was swept out of office months after this signature accomplishment – was it worth it?  Is it so important to have a state or a national church?  Could it be that beyond these two possibilities there is a third way for religion to exert powerful influence on social and political change?  To the extent that, much like during the Maidan, a plurality of religious organizations and clergy remain affectively present in public space, then the possibility grows for religiosity, as opposed to specific religious denominations, to increasingly influence state and social policies, including the involvement in diminishing armed combat in Eastern Ukraine and bringing about peace negotiations.  This too is a real possibility. Recall that current Ukrainian President Zelensky, a Jew whose religious identity was largely dismissed by the Ukrainian electorate as a biographical detail, was voted into office with an unprecedented majority support in each oblast. He flatly stated that he would not meddle in religious affairs.

This pluralist spectrum of multiple Eastern Christian Churches, each with a presence and specific source of strength in Ukrainian society, could make Ukraine an utter exception among Orthodox countries.  Ukraine could become the first Eastern European country where a single Orthodox church would not hold an outright majority position with the concordant state privileges. Having said that, Metropolitan Epiphanius, along with the other Orthodox leaders have demonstrated considerable engagement in trying to solve social problems triggered by the war and the continuing economic disenfranchisement it has delivered.

One example of a non-denominational form of religiously-infused practices and values that is influencing social institutions, and by extension the cultural values they form, is the development of the military chaplaincy.  The chaplaincy has become an important litmus test for issues of tolerance in an increasingly pluralist society. The pronounced role the clergy played during the Maidan protests in supporting and protecting the protesters led to the creation of an official military chaplaincy as part of the Ministry of Defense once the war broke out in Eastern Ukraine. It was a logical extension and formalization of a capacity that was already building since the Maidan protests. The chaplaincy also illustrates the ways in which religious institutions and religious actors are also quietly shaping other aspects of Ukrainian society, which are likely to deliver real social and cultural change that will continue to take Ukraine in a different direction than the efforts underway in Russia to bring about change.

There are three notable developments in the chaplaincy that have been accelerating over the course of this past year. First, the military chaplaincy forces an answer to the question as to just how independent the Ukrainian Orthodox Church-Moscow Patriarchate (UOC-MP) is from the Moscow Patriarchate, and by extension the Russian government. Should their priests be allowed to serve in an official capacity as chaplains for Ukrainian soldiers in a war with Russia? (They can, of course, always serve as volunteers.) However, there are over 12,000 religious communities registered with the UOC-MP, making it by some measures the largest denomination in Ukraine. Law 2662 passed in 2018, but never implemented, does not allow priests from the UOC-MP to serve as military chaplains in the Donbas armed conflict in an official capacity, that is to say, as employees of the Ukrainian Ministry of Defense. The implication is that UOC-MP priests, should they choose to switch jurisdictions, could serve in an official capacity.  This legislation as to who can serve in the military chaplaincy forces a positioning of certain Orthodox jurisdictions as politically pro-Ukrainian (the OCU and its predecessor the Ukrainian Orthodox Church of the Kyiv Patriarchate) and another as politically pro-Russian (UOC-MP), which may or may not accurately depict the political views of associated clergy and parishioners with each respective institution. On the local level, many understand a local parish to be “theirs.” Their sense of allegiance to a particular church building frequently hinges on familial history and location, and not necessarily on the political implications of the parish’s placement in a greater religious institutional structure.  Many who feel loyalty to a particular UOC-MP parish do not see their local church as the arm of the Russian state in their town or village. This is perhaps one of plausible explanations as to why there has not been an ongoing mass reaffiliation after the Tomos and why this legislation to block UOC-MP clergy from serving as military chaplains in an official capacity has been so hotly discussed.

Second, legislation on the military chaplaincy is combined with efforts to develop a prison chaplaincy and to establish a medical chaplaincy. These efforts are predicated on a commitment to provide spiritual care through the chaplaincy for those who otherwise have no possibility to receive it. The prison chaplaincy has been officially established but progress on legislation to create a medical chaplaincy has been stalled.  Even as hospitals, rehabilitation centers and other medical facilities build or enhance existing chapels, those who lead services or prayer there continue to do so as priest volunteers with sponsorship from particular parishes or denominations.

No chaplain serves on the front indefinitely. They rotate between the front and the home front.  As the chaplaincy as an institution expands into multiple state institutions, many military chaplains have developed secondary specializations that include a variety of therapeutic and counseling services.  Chaplains are now also involved in cultivating leadership skills among youth, forming support groups on the local level for people dealing with death, addiction and poverty, as well as spiritual counseling for the sick, disabled, and elderly. This means that the war, and the subsequent expansion of the military chaplaincy, moves priests far beyond the front lines and the parish. It places them in state-run social institutions that respond to a variety of needs.  By trading on the trust that clergy currently enjoy among a large sector of the population and the infrastructure that religious institutions offer (meeting places, traditions and authority), religious institutions provide a base from which to address myriad social problems in a spiritual as well as in a tangible material, secular way.

Lastly, the development of the military chaplaincy merits our attention because it is primarily being guided by Catholic social doctrine that comes to Ukraine via the Roman Catholic Church’s influence on the Ukrainian Greek Catholic Church and the enormous influence of (formerly Anabaptist) Ukrainian Protestant clergy, who have extensive contacts with American Protestant communities. The chaplaincy, as a well-established institution in the U.S., means that both Protestant denominations and the Roman Catholic Church have extensive experience with the chaplaincy in a myriad of forms. [1]  This means that foreign religious organizations exert influence in Ukraine through the development of chaplaincy, and far less so in Russia. The chaplaincy contributes to the continued deinstitutionalization of religious practices at the same time that it expands the presence of religiosity in public space. This process of moving religion outside church walls and into secular spaces is often guided by clergy working as chaplains.

The social outreach activities, particularly of Greek Catholic and Protestant minority religious groups in Ukraine, are putting extensive pressures on the Orthodox churches to be more socially engaged. By effectively integrating the experiences in the US and Europe into the institution of the chaplaincy over the last year, the religious landscape in Ukraine is increasingly reformed by institutions of social service provision that produce cultural and political values that shape the formation and operation of these same social institutions in conjunction with religious organizations.  There is very little in the way of a parallel process underway in Russia. The Tomos, and the enhancement of the chaplaincy it delivered, continues to create ever more differences between two countries that have heretofore shared a long history and common faith tradition.

[1] Anne C. Loveland, “From Morale Builders to Moral Advocates:  U.S. Army Chaplains in the Second Half of the Twentieth Century” in Doris L. Bergen, ed., The Sword of the Lord:  Military Chaplains from the First to the Twenty-First Century.  University of Notre Dame Press, 2004.

A Year after the Tomos: The Moscow Patriarchate’s Narratives About the New Church and Itself

Ukrainian Autocephaly, One Year On