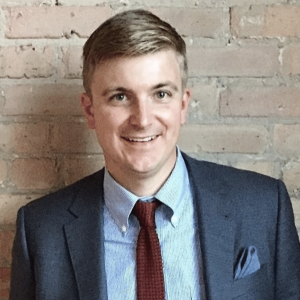 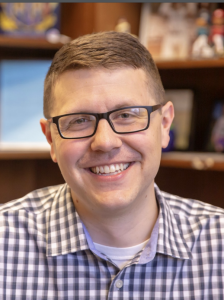 During the earliest days of the coronavirus pandemic in the United States, many state and local governments enacted restrictions on large gatherings in an effort to slow the spread of the virus. Restaurants were closed, concerts and sporting events canceled, store capacities limited, and Sunday worship services halted. It was a sudden and seismic shift in the American way of life.

Religious Americans generally complied with orders pertaining to worship services, but many also expressed concerns about such regulation of religious life. Across several national surveys, white evangelicals were more likely than others to support churches defying government restrictions. Moreover, there were clear partisan gaps coinciding with support or opposition to these restrictions. Additionally, one study linked defiant attitudes to whether states had either no restrictions or strong restrictions, and another study connected defiance to trust in Fox News. In general, the politics of COVID restrictions on churches reflect the growing polarization of religious freedom, one that is poised to play a major role in future—and, in many ways, current—culture wars.

While most places of worship transitioned—some easily, some with greater difficulty—to online or distanced outdoor meetings to meet the requirements of local ordinances and recommendations, others fought back. Some churches argued that these orders violated their rights under the First Amendment. Some went so far as saying that these orders were evidence of persecution toward people of faith and ought to be opposed not just for legal reasons, but also for moral and theological ones.

As churches began to challenge and object to restrictions on worship services, several groups affiliated with the Christian legal movement joined the fray. Liberty Counsel jumped to the defense of a Virginia pastor who faced penalties for continuing to hold in-person church gatherings in violation of state orders. Alliance Defending Freedom represented two churches who sued Oregon’s governor for maintaining restrictions on churches. And First Liberty Institute won a temporary restraining order against a Kentucky policy limiting in-person services.

The details constituting these legal fights are obviously different across venues, but the churches at the center of these disputes tend to make a similar argument: state orders regulating houses of worship differently than other entities—or even regulating them at all—run afoul of the First Amendment. This is an argument Christian legal groups are more than happy to make. At the same time, when appealing to a wider audience, these groups often stoke the fears of culture wars over religious freedom. This two-pronged dialogue has in-group advantages, but it may also hamper efforts to build useful (and necessary) coalitions and vouchsafe stable religious liberty jurisprudence in the years to come.

One of the earliest legal challenges to pandemic-related restrictions took place in Virginia, after the pastor of Lighthouse Fellowship was cited for holding an in-person service with 16 people, exceeding the 10-person limit set by the commonwealth. Liberty Counsel represented the church, focusing its arguments on the religious freedom rights of the church and the pastor. Core to the legal argument was that Virginia exempted “essential retail businesses” from the 10-person limitation, but did not do so for religious gatherings. Requiring church meetings to abide by the 10-person limitation resulted in “discriminatory restrictions on religious worship services.”

This pattern of coupling legal defense with culture war politics was present among other Christian legal groups. In the spring, First Liberty Institute defended churches in Kentucky opposing Governor Andy Beshear’s restrictions. The lawsuit emphasized the churches’ religious freedom and assembly rights under federal and state constitutions. Simultaneously, First Liberty used the events to elevate religious freedom threats and polarize conservatives against liberals. Debates over public health restrictions on churches were described as an “all out war on faith.” The legal group also claimed to have exposed the “real agenda of our opponents: to keep our churches shut down indefinitely and attack religious freedom in America.” The American Center for Law and Justice, meanwhile, also emphasized the polarization of religious freedom to promote its work, arguing that “extremists on the Left are using the Coronavirus as an excuse to attack Christians.”

Such polarizing claims found favor with Republican leadership. While the CDC issued measured guidance for churches considering holding in-person services, President Trump emphasized political division, leveraging religious freedom rhetoric for political gain. On May 22, President Trump mirrored the arguments of Christian legal groups about churches being excluded from essential status, declaring that if governors do not allow churches to open immediately he would “override the governors.” In August, Trump told the Catholic cable network EWTN that Democrats are using coronavirus to “put the churches out of business.” And at the Republican National Convention, Donald Trump Jr. summarized this approach: “People of faith are under attack. You’re not allowed to go to church, but mass chaos in the streets gets a pass.”

Polarizing religious freedom comes at a cost. While the public was predictably dividing over these issues, legal actions and rhetoric in some cases have obscured legitimate concerns where religious congregations were over-burdened. For example, earlier this summer a Nevada church challenged state restrictions limiting indoor church gatherings to 50 persons, while restricting much larger venues (such as casinos) to 50 percent capacity. Though the U.S. Supreme Court (barely) denied injunctive relief, the Nevada church has a far better legal argument than, say, John MacArthur’s California megachurch, which has refused to abide by virtually any pandemic regulation, including those related to gathering size, mask wearing, and social distancing.

When churches and Christian legal groups challenge reasonable and legally valid restrictions and link their efforts to partisan politics, they hamper efforts to vouchsafe religious freedom writ large and build support for the broader cause. Legitimate questions are not only dwarfed by the propensity by some churches and advocacy groups to rebuff any government regulation, such actions inhibit broader political support for religious freedom. And limited political support will, in time, diminish legal protections. Churches and Christian legal groups may win smaller battles and garner immediate political support by fighting tooth and nail against even the most minute public health regulation, but this strategy does little to win the larger war for expanded religious freedom protections for all.

Competition of Conspiracies: Conflicting Narratives of COVID-19 within the Grassroots Russian Orthodox Milieu