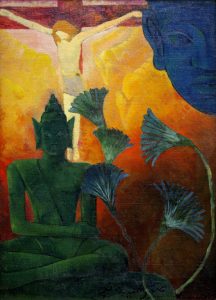 A growing trend of religious life in contemporary Western societies is the number of religiously unaffiliated people (also known as “nones”). Some of them believe in nothing, but many others shape religious beliefs with their own, individual understanding of God, the world, and their place in it. They may have specific convictions of what their religion requires or can believe in dogmas of different religions simultaneously, practice spiritual meditation, or sacralize cultural phenomena or ideological concepts.

In this series, we look at the individualization of religious beliefs through lenses of social philosophy, religious studies, and law. Paolo Costa links secularization and individualization. He argues that the secular situation “reshapes the frontier between what is worldly and what is otherworldly,” thus providing individuals with new options in their religious life from “combining Christ and yoga” to “ritual abstinence from meat” (or following the Jedi Code). Similarly, Stanislav Panin concludes that this religion represents just one possible strategy of many to address spiritual needsalong with secular philosophies, non-confessional mysticism, and other ways to explore spiritual life.

Finally, Jeremy Patrick explores how individual spirituality may interact with constitutional guarantees of non-establishment. He believes that “if [spiritual but not religious people] are less prone to having spiritual beliefs incorporated into government policy, the Rise of the Nones could become the Decline of Establishment.”

Stanislav Panin. In Search for a Language for Individualized Religiosity

The Trinity, the “Prevailing Religion,” and the Greek Constitution

The Place of Religion in the Public Sphere: Speaking the Unspeakable