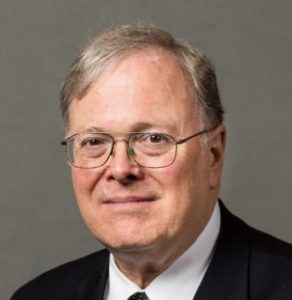 Experience with COVID-19 has refocused attention on the relationship between the state’s interest in protecting public health and the protection of freedom of religion even during a clear health emergency.  Does the state have unfettered discretion to shut down religious services? Can the state regulate clergy conduct in ways that preclude the administration of last rites? Can the state specify whether and how religious rituals are performed? Can the state dictate funeral practices? Is the state free to determine how “essential” religious practices are?

One answer to these and many other religious liberty claims arising in the pandemic context is simply to hold, with the Supreme Court in Employment Division v. Smith, that so long as a health policy is neutral and general, it prevails. At this point, fortunately, a majority of jurisdictions—either by statute or by judicial decision interpreting state constitutional law—have rejected that approach and insisted on a second alternative: an insistence that some form of heightened scrutiny is required to justify imposing a substantial burden on free exercise of religion. The general pattern was set by the Religious Freedom Restoration Act, which sought to restore the strict scrutiny approach of pre-Smith  case law, according to which substantial burdens could be imposed on exercise of religion only if doing so “(1) is in furtherance of a compelling governmental interest; and (2) is the least restrictive means of furthering that compelling interest.”[1] State RFRA provisions generally echo this language.[2]

While strict scrutiny analysis makes it less likely that public officials will simply ride roughshod over the relevant religious claims, there are problems with this approach. In the first place, it assumes that as state concerns such as public health become more acute, they will obviously outweigh countervailing religious concerns. What this overlooks is that as public health worries intensify, the significance of religion in people’s lives also intensifies. It is no accident that in international law, religious freedom is one of the rights that is non-derogable even in times of emergency.[3]  Indeed, it is often precisely in times of emergency that religion is most essential. This reality unravels some of the abstract assumptions on which strict scrutiny is predicated.

Moreover, even leaving aside the problem of parallel intensification of interests being balanced, strict scrutiny remains far too blunt an instrument to resolve (in sensitive and sensible ways) the array of religious liberty claims that have been highlighted by the Coronavirus crisis.  On the one hand, compelling state interest analysis finds public health interests so compelling that they seem to outweigh any countervailing concerns.  On the other hand, while examining less restrictive alternatives obviously helps, this aspect of the strict scrutiny test spawns fears among some of an unadministrable Pandora’s box of infinitely varied possibilities that legitimizes too many alternatives and allows each religion to become a law unto itself.[4]  In short, the coronavirus poses not only a first-order crisis for public health but also a second-order challenge for the analytic tools we use to address the religious freedom issues arising from the first-order crisis.

An initial response to this problem is to shift from the strict scrutiny formulae embodied in RFRA to a more direct analysis of equality norms that the strict scrutiny formulae were first invented to protect.  The equality approach is developed in considerable detail in the opinions of Justices Alito and Kavanaugh dissenting from denial of an application for injunctive relief inCalvary Chapel Dayton Valley v. Sisolak.[5] Essentially, the Justices argued that a careful application of equalitarian analysis, arising under various constitutional norms, compels the conclusion that religious communities should not be treated less favorably than other types of organizations that pose similar or worse COVID-19 infection risks. These approaches have the advantage that they deploy attractive equalitarian norms and provide concrete reference points that can facilitate neutral judicial analysis. However, as the outcome in the case indicates, the refined equalitarian analysis can be outweighed by concern with the state’s health interest. Moreover, the concrete comparison points leave room for some arbitrariness in how they are selected, and in a larger sense, the exclusive focus on equalitarian comparisons risks reducing religious liberty to and equality norm. While equality is a vital issue not to be overlooked, religious freedom is about more than equality alone.

But what authorities wrestling with COVID-19 have too often left out of the account is the importance of deferring, within broad limits, to decisions and judgments made within religious communities. This includes, but is more than, recognizing reasonable alternatives that the groups propose to regulations.  It does not necessarily require that public officials agree with the religious community’s beliefs and viewpoints. But it does require respecting the rights of the community to have its own views and distinctive beliefs, which can be acted on (or rejected) by its members. It requires good faith dialogue and a genuine commitment to finding a way to allow the community to live out its beliefs, even if there are no obvious comparators. It requires considerable deference to what the community regards as an “essential” service and a recognition that the state does not have unlimited authority to define or assess the balance of harms. It requires assuring that religious communities are not unfairly stereotyped or treated with disrespect.

Deference in the forms I have mentioned here lies at the core of notions of deference to religious processes that are at the core of religious autonomy doctrine.  It is not unlimited deference, but it is respectful deference. It does not ignore equality and less restrictive alternatives, but it affirms, in addition, one of the costs or burdens our society is committed to assuming: the obligation not only to treat people equally but with respect for their dignity and freedom. At stake are not only the “retail” claims of individual religious believers but the “wholesale” claims of all religious communities.[7] The importance of this dimension of what COVID-19 has taught us should not be forgotten.

[2] Provisions parallel to those in the federal RFRA can be found either in the laws of the 21 states that have adopted state RFRAs or in the jurisprudence of the highest courts of 11 additional states that have adopted heightened scrutiny as a matter of state constitutional law.  See 1 William W. Bassett, et al., Religious Organizations and the Law§§ 3.12, 3.26-27 (2d ed. rev. 2020).

[3] See International Covenant on Civil and Political Rights, Art. 4(2) (listing freedom of religion among the human rights that are non-derogable even in time of declared public emergency). This does not mean that religious freedom is without limits during emergencies, but the limitation clause of Article 18(3) cannot be ignored at such times.

Existing for Others in Times of COVID-19

Summary of Remarks: “Religion’s Impact on World Issues and the Necessity of Freedom of Religion”