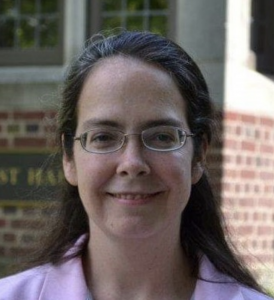 Kathleen A. Brady is Senior Fellow and McDonald Distinguished Fellow with the Center for the Study of Law and Religion at Emory University

When the dangers of COVID-19 first became apparent to the American public this past March, few churches resisted state and local lockdown orders that prohibited or severely limited in-person worship services. The potential for congregational gatherings to rapidly spread the virus was widely understood, and most religious believers probably anticipated a relatively short disruption. However, as the pandemic nears its seventh month and many jurisdictions retain substantial restrictions on in-person worship, many Americans are growing increasingly frustrated with limits that impinge upon core religious practices and undermine the spiritual, social and emotional goods that these practices nourish. It is not surprising, then, that litigation over restrictions on in-person worship has been increasing.

The chief claim of religious litigants has been that the COVID-19 restrictions they challenge impermissibly favor nonreligious forms of gathering over religious worship. For example, in a case that recently reached the Supreme Court on an application for emergency injunctive relief, a rural Nevada church argued that the state violated the Free Exercise Clause when its reopening plan capped indoor worship services at 50 people but allowed casinos, bars, restaurants, bowling alleys and gyms to open at 50 percent of building capacity regardless of the total number of people assembled. The church also argued that the state’s decision not to enforce its rules on gatherings when hundreds of Nevadans assembled to protest racial injustice privileged this message over religious expression in violation of the Free Speech Clause. The claims asserted by the church in Calvary Chapel Dayton Valley v. Sisolak resemble those in many challenges to COVID-19 restrictions across the country.

Demands for equal treatment have intuitive appeal, and they also fit with the Supreme Court’s current religion clause jurisprudence. Under the Court’s precedents if a religious plaintiff can show that a law burdening religious practice is not neutral or not generally applicable, the law is subject to the strictest scrutiny. The government must demonstrate that the application of its rule to the believer is the least restrictive means of achieving a compelling state interest. The Court has explained that laws are not neutral if they target religious practice. They are not generally applicable if the state pursues its interests only against religious conduct or leaves unregulated substantial secular conduct that undermines the state’s interests to the same or greater degree. Some religious plaintiffs have had success arguing that COVID-19 restrictions fail these standards, and others have not. In Calvary Chapel, the Supreme Court denied the church’s application for emergency injunctive relief over dissents joined by four of the Court’s conservative justices (although the result may reflect, in part, the demanding standard of justification for this type of application).

There are drawbacks to approaches that focus on equal treatment. COVID-19 restrictions are complex, and limits on the number of persons who can gather together in different settings are just one component. Where regulations make nuanced distinctions with a range of different requirements for a variety of settings, it can be difficult to identify the appropriate benchmark for evaluating whether there has been religious discrimination. Additionally, religious congregations are usually not actually asking for equal treatment. For example, Calvary Chapel does not really want to be governed by the same rules as Nevada’s casinos. It has demanded the right to hold in-person worship services with the same occupancy limits as casinos, but it has also developed its own safety plan that is in many ways more protective than rules that apply to commercial entities. Likewise, few churches want to engage in activities with risks equivalent to crowded street protests. What most religious congregations want is to maximize their ability to gather together safely in person, and religious believers are increasingly concerned that reopening plans have left them behind even as our improving understanding of how the virus spreads makes safe forms of larger gatherings possible. Religious congregations are making important fairness claims; they want their religious needs to be treated with at least as much urgency as commercial and recreational interests. However, they do not necessarily envision the same rules as those for nonreligious entities.

Focusing on discrimination also misses what is most at stake in these conflicts. Government restrictions on in-person worship services interfere with one of the most fundamental aspects of religious practice. Different religious groups have described the significance of worship services in different ways. In his efforts to loosen city rules limiting outdoor worship to 50 persons and barring indoor services altogether, San Francisco Archbishop Salvatore Joseph Cordileone has emphasized the sacramental nature of the Catholic Church. San Francisco’s limits deprive many Catholics of the Eucharist at a difficult time. In a recent challenge to Washington, D.C.’s 100-person limit on indoor and outdoor worship gatherings, Capitol Hill Baptist Church describes weekly gatherings of its covenanted members as essential to what it means to be a church. For most of America’s faiths, regular in-person worship services are indispensable; indeed, they are the lifeblood of the religious community.

In July in Our Lady of Guadalupe School v. Morrissey-Berru, the Supreme Court began to articulate a doctrine of “church autonomy” whose protections do not depend on the existence of religious discrimination, and this doctrine should extend to disputes over religious worship. Eight years ago, the Court recognized a “ministerial exception” to employment discrimination laws, and in Guadalupe, the Court held that this exception covers teachers of religion in faith-based schools even if these teachers are also responsible for secular subjects. Religious education is part of the “central mission” of religious schools and the larger religious communities of which they are a part, the Court observed, and closely-related matters of internal government and decision making must be free from government interference. The Court spoke of a “sphere” of autonomy protected from state intrusion by both the Free Exercise and Establishment Clauses. The Court in Guadalupeonly began to fill in the contours of this freedom, and its holding was limited to the ministerial exception. However, religious worship is also clearly a matter at the core of a church’s religious mission.

Of course, church autonomy cannot be a principal without limits, and conflicts over COVID-19 restrictions test the limits of this freedom.  While few matters are more important to religious groups than worship, crowded services without safety precautions would risk the lives of those inside and outside the congregation. These are exceptional circumstances where the state clearly has a compelling interest in protecting public health. However, this interest does not give governments unbounded power. The principle of church autonomy requires government officials to carefully tailor their rules to maximize the ability of congregations to meet safely in person. Careful tailoring means that officials must continuously evaluate and update their rules in light of new information about the virus and how it spreads. They must also consider the experiences of other jurisdictions with less restrictive rules for worship as well as the effects of more lenient treatment of commercial and recreational activities upon public safety. Numerical and other limits on church attendance must be justified with precision and scientific support, and when it is possible to increase attendance by adding precautions like mask-wearing, social distancing and sanitation protocols, government regulations must reflect this.

Narrow tailoring of restrictions on protected activities is a requirement of strict scrutiny whenever it applies, but the principle of church autonomy must go even further. This principle is based on the view that church and state are, at least in matters essential to religious mission, separate spheres with distinctive purposes and unique governing structures. Church and state often interact, but when they do, the independence of each must be recognized and respected. In the context of COVID-19, this means that religious leaders and government officials both have a role to play in developing the restrictions that apply to worship. Government officials must communicate with religious leaders and give them an opportunity to provide input as decisions are made and rules are reevaluated and adjusted. Now that the initial period of the public health crisis has long passed, religious congregations must also be given an opportunity to submit their own plans for safely handling COVID-19 risks in their communities. These plans should be evaluated in a timely manner, and rejections must be explained and justified. Government officials and religious leaders must be partners in addressing the risks of COVID-19 because both have critical interests at stake.

Effective partnerships also build trust and reduce the likelihood that religious congregations will violate safety rules or insist on risky behaviors. As the pandemic drags on, more congregations are taking these risks, and some are challenging basic safety precautions like masks and social distancing. Religious believers are weary of the restrictions associated with COVID-19 as are all Americans. However, if religious adherents believe that their governments recognize the urgency of their concerns and will work with them to mitigate the effects of the virus on their faith lives, all of our communities will be safer and more stable.

Why Religious Freedom Matters to Me