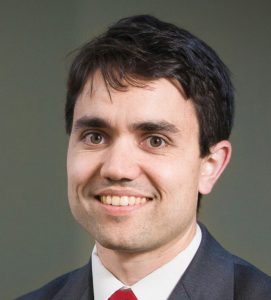 Drafting disputes over the preamble were impassioned[1]. Theodor Heuss, a leading delegate and later West Germany’s first federal president, thought the preamble should, above all else, convey solemnity. And it should be constructive. Heuss did not want the Nazis mentioned in the Constitution’s preamble the way Pontius Pilate is mentioned in the Christian creeds. Other delegates suggested that the preamble might begin by acknowledging God. The idea took hold, spurring vibrant discussion over how Deity might be recognized. Delegates from the socialist and liberal parties ultimately proposed the understated formula that entered the final text:

Conscious of their responsibility before God and man, inspired by the determination to promote world peace as an equal partner in a united Europe, the German people, in the exercise of their constituent power, have adopted this Basic Law.

The proposal won broad acceptance. It was adopted by a large majority. It has stirred interest and controversy ever since.

Over the years, activists on all sides have repeatedly pushed to amend the preamble. Some non-believers want God removed. Some believers would like a fuller invocation. But the text remains unchanged.

Theologically, the preamble’s reference to God is rather thin. Although it’s safe to assume that the framers had in mind the Christian God of the Bible—in 1949, roughly 90% of West Germans belonged to one of the country’s two main Christian confessions—that isn’t made clear in the text. There is nothing in the Basic Law remotely resembling, for instance, the preamble to the Irish Constitution of 1937, which begins “[i]n the Name of the Most Holy Trinity” and “[h]umbly acknowledg[es] all our obligations to our Divine Lord, Jesus Christ.” Nor is there anything like the several German state (Land) constitutions that invoke “the Christian moral law” and the need to instill “reverence before God” (Ehrfurcht vor Gott) in the states’ children. The Basic Law’s preamble is no credo. It has no confessional character. But it is an unmistakable gesture toward transcendence—an expression of humility before the existence of divinity.

Other provisions give the Basic Law a lightly theistic flavor. Article 2 refers to “the moral law.” Article 4 guarantees religious freedom. Article 7 makes religious instruction part of the regular curriculum in all state schools. Article 56 prescribes an oath of office for the federal president that ends with the words “so help me God”—though that oath may also be taken without religious affirmation. (The Federal Chancellor’s oath has the same formula.) From beginning to end, the religious imprint is spare and soft. The Basic Law is, on the whole, a secular constitution. But it is not an a-religious constitution. It is neither secularist nor sectarian. Its aspiration is neutrality, though it leans unmistakably toward theism.

In this respect, it has charted the course for the Federal Republic writ large and for the Federal Constitutional Court. The German state is neither a confessional nor laicist. It neither bars religious influence nor permits official orthodoxy. The state must be neutral as between creeds but it need not be indifferent as between belief and its absence. It is, to be sure, a delicate dance. Tensions abound. In negotiating those tensions, the watchword, as so often in German jurisprudence, is proportionality.

There’s no space here to review Germany’s religion jurisprudence in any detail. Suffice it to say, with sweeping oversimplification, that the Constitutional Court has tended to split the difference. It has allowed government support for religion as such but not government pressure toward any particular religion. Thus, school prayer is permissible, so long as it is clearly separated from the official curriculum and participation is truly voluntary[2]. (Religious instruction is obviously a different story, but parents and students can opt-out of that.) But the state cannot require that a crucifix be hung on every classroom wall[3]. State holidays can coincide with religious (i.e. Christian) holidays, and the state can even impose special restrictions to ensure an atmosphere of quiet reverence appropriate for the day[4]. But non-believers must be able to seek reasonable exemptions[5]. School teachers can’t be forbidden to wear headscarves in class[6], but legal officials might be forbidden to wear them in court[7]. And on and on.

In recent decades, some observers have insisted that the Basic Law has outgrown its religious roots. Others have insisted on just the opposite—that it needs them more than ever. Some have soft-pedaled the preamble’s religious invocation, construing it as a recognition of mortal finitude rather than a recognition of an infinite Being. Others have argued that it marks an unambiguous appeal to the eternal Christian God. Some object that a reference to God is out of place in the fundamental charter of a secular, pluralist state. Others respond that the preamble’s acknowledgment of a higher power—and of the centuries-long tradition and values that inform that acknowledgment—is a pressing necessity in a society increasingly fractured and adrift.

Some have suggested that the preamble’s reference to God was largely a sop to religious leaders and voters—an effort to secure their support for a fledgling democratic project. If so, it worked only imperfectly; many religious leaders of the 1940s and 1950s still thought the new Constitution far too secular. In any event, the Basic Law has proved remarkably successful, over time, in providing a broad shelter under which Germans of all worldviews and faiths can find an inclusive cover. And that, perhaps, is the end of a Constitution that puts God at its beginning.

Bangladesh: Do We Need a Ministry for Religious Minorities?