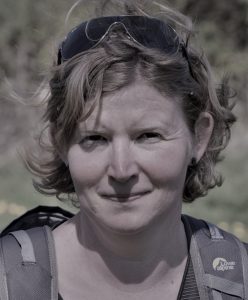 This text is a summary of a recent article entitled “Church, State and RE in Europe: Past, Present and Future”, published in Religion & Education

Until the 1970s, Religious Education (RE) in Europe was mainly organized in a denominational and confessional way and aimed at religious socialization in one religious (Christian) tradition. For a long time, this model of mono-confessional RE was not disputed: even though non-Christian religions (for instance Judaism, Islam, and several Eastern traditions) and atheism had some presence in Europe before the 1960s, the majority of citizens belonged to a Christian denomination, and it was the norm to have Christian RE at school.

Since the 1970s, things have changed significantly. Influenced by the phenomenology of religion and triggered by secularization and increasing religious diversity, RE became (largely) deconfessionalized in Sweden (1969), England (1971), Denmark (1975), and Norway (1997). In these nations, RE is in state schools no longer organized by the church in a separative, confessional, and denominational way, but it is organized by the state in an integrative, non-confessional, and non-denominational way. Based on a religious-studies approach (and not on a theological approach), students get information about diverse religious and philosophical traditions and dialogue between these traditions is stimulated. RE is no longer seen as a school subject that aims at socialization in a particular religious tradition, but as a subject that aims at socialization in liberal-democratic societies and contributes to citizens’ general education or Allgemeinbildung.

Why one might wonder, did these different patterns occur? One explanation has to do with church-state relationships and, with this, the responsibility for RE. Let me start with the “exceptional” French case. Since 1905, church and state are strictly separated in France. Accordingly, church and state are autonomous and independent actors. Even though the state sometimes is obliged to “intervene” in church affairs (e.g. when the Notre Dame is on fire and needs state assistance to extinguish the fire), the general rule in France is that state and church are strictly separated. This has also implications for RE: before 1905, the Catholic Church was, as an independent partner of the state, responsible for RE, which was organized in a confessional and denominational way. Since 1905, however, church and state are separated and to assure this separation also in educational matters, the Catholic church lost its monopoly over RE: except for Alsace-Moselle and the French transoceanic territories, RE is no longer part of the curriculum in state schools.

This French story of laicité is, however, exceptional in Europe and most Catholic and mixed nations have a model of mutual independence between church and state. For many decades, RE was in most of these nations organized in a mono-confessional way and recently evolved to a multi-confessional model. Even though this shift is important in RE policy, there is no substantial shift in state and church relationships and, with this, in the responsibility for RE. In the mono-confessional model, the Church (Catholic and/or Protestant) was as an independent actor responsible for RE: curricula were designed by the Church; teacher training, appointment, and inspection were organized by the Church; and syllabuses and textbooks (if existent) were written and/or approved by the Church. In the multi-confessional RE model, this remains principally the same: different (recognized) religions (and not the state) are responsible for the organization, inspection, and content of the different RE subjects. Even though these subjects must follow human rights law, it is not up to the state to intervene in the content of the respective RE classes since this would be an infringement of religious autonomy and the separation of church and state. Principally, the multi-confessional RE model is thus still in line with the church-state model of “mutual independence” and a substantial shift in church-state relationships was not required for a shift to this kind of RE.

This is also the case in the non-denominational RE model, wherein the Lutheran or Anglican church was, as a state actor, responsible for RE before this school subject was deconfessionalized. With this deconfessionalization, things did not change significantly at the institutional level since it is now the Ministry of Education (Lutheran states) or the Local Education Authority (England) which is, as a state actor, responsible for RE. Even though the deconfessionalization of RE in these countries still raises issues concerning its neutrality (see e.g. ECtHR’s case Folgerø and Others v. Norway), it is important to notice that in traditional Lutheran and Anglican nations, a shift to non-denominational and non-confessional RE was from an institutional perspective easier than in Catholic and mixed nations because church and state were closely connected and because the Lutheran and Anglican churches were no autonomous and independent organizations, but official state actors.

Because “old” or “traditional” church-state models are often part of a nation’s national imaginary and because they grant established churches several important privileges—not the least in education—changing these structures in the short term seems to be very difficult if not impossible. Taking this into consideration, it is not a surprise that sometimes pragmatic solutions in the organization of RE come to the fore. Examples of such solutions are the implementation of a core curriculum religious literacy (which was implemented in 1985 in Dutch primary schools and is currently under construction for Dutch secondary schools); “creative constitutional interpretations” (an example here is in the French Community in Belgium, where state schools are constitutionally obliged to organize RE and where the number of these classes has recently been cut in a half—from 2 hours to one hour every week—thus enabling time for a new, compulsory course on philosophy and citizenship); and the organization of “denominational, non-confessional RE” (this is, for instance, the case in the Netherlands, where RE is at the structural level still organized in a denominational and pillarized way, but where it evolved in practice in many schools to non-confessional education about religion or to courses focusing on identity formation).

We should, however, also be aware of the fact that there are some risks with these pragmatic approaches. Is it for instance possible for the state to impose a core curriculum of religious literacy for all pupils—including pupils of very stringent or orthodox religious groups—without infringing on their (parents’) freedom of religion and education, and the separation of church and state? And where should we draw the line of the state’s constitutional creativity? Up until today, the organization of RE has led to several constitutional court cases all over Europe (e.g. Folgerø and Others v. Norway;  Mansur Yalçın and Others v. Turkey;  Papageorgiou and others v. Greece) and it is not taken for granted that lawyers will (always) agree with a “creative” constitutional interpretation, especially if this interpretation is not in line with the original intention of the constitution. Notwithstanding these complications, the abovementioned pragmatic solutions seem to be worthwhile second-best options for non-denominational RE in the near future.

Religious Liberty and the Corona Crisis before the German Constitutional Court

Islamic Religious Education in Europe: An Increasing Matter of Concern