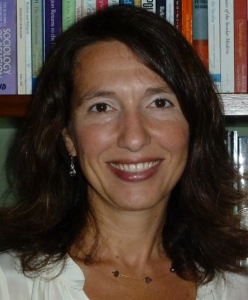 The current Greek Constitution was drafted in 1974 following the end of a military dictatorship; it came into effect in 1975 and underwent amendments in 1986, 2001, 2008, and 2019. Consistently, however, since its 1974 formulation, the Constitution of Greece is  presented “[i]n the name of the Holy and Consubstantial and Indivisible Trinity”; these are the words the reader first encounters under the title, “The Constitution of Greece.” To the general reader, “consubstantial” will be a rather unintelligible theological notion; it means “of one and the same substance, essence, or nature” and denotes here the oneness of the three “persons” of the Trinity—God, Jesus, and the Holy Spirit.

The reader might thus find rather abrupt the shift to the purely mundane in Article 1, in which Greece is declared a parliamentary republic founded on popular sovereignty. But one traverses only one additional article (Article 2, committing the state to respect for human life, peace, and justice) before returning to the topic of religion in Article 3, entitled “Relations of Church and State”.

Article 3 is the most extensive reference to religion in the Greek Constitution, and it is among the most hotly debated, specifically because of the ambiguous nature of the term “prevailing”: is the term descriptive or prescriptive in this context?[1] If the interpretation is that the Christian Orthodox faith should prevail in Greece, clearly limitations on equal treatment of religious minorities may be perceived by lawmakers as having a legitimate aim.

The extent to which Article 3 underpins, in practice, Greek legislation relevant to religion is a matter of scholarly disagreement[2]. But if we extend the purview beyond such potential direct effects of the constitutional provision on laws and on legislators’ assessments of this provision, and consider also the potential indirect effects of such a prescriptive interpretation of Article 3—e.g., by society at large interpreting the Greek Constitution as aiming explicitly towards the preservation of the Orthodox faith as the “prevailing” faith in Greece—then we have an altogether different picture of the potential impact of this constitutional article. I would argue that due attention must be paid to such indirect effects, not least because the experiences of individuals belonging to minority faiths are not based solely on legislation, but also on arbitrary and discriminatory applications of the law and police arbitrariness.

The experience of a minority-faith individual is shaped first by her immediate surroundings, from the actions of a prejudiced police officer more prone to arrest her for sharing her faith than the relevant Greek legislation ought to allow, to the perspective of any given civil servant reluctant to yield access to a public space for a religious-minority event. Both may well feel justified in applying such limitations because of their understanding that the Greek Constitution legitimizes a preservation of Christian Orthodoxy as the “prevailing” faith. Actual legislation governs the daily lives mainly of those of minority faith who are willing and able to contend with their treatment in the Greek court system. But, as the great socio-legal scholar Marc Galanter informs us, “courts resolve by authoritative disposition only a small fraction of all disputes that are brought to their attention. These are only a small fraction of all disputes that might conceivably be brought to court and an even smaller fraction of the whole universe of disputes”[3].

No member of the Holy Trinity makes another direct appearance in the Greek constitution, but three other articles contend substantially with issues of religion and require careful attention for their greater potential direct impact on Greek legislation and practice.

Article 13 indicates, among other things[4],

Unpacked, this article reveals significant limitations on religious freedom. First, the requirement that a faith be recognized by the state, following an application process, in order for it to be “known,” is problematic. As the former UN Special Rapporteur on the Freedom of Religion or Belief, Heiner Bielefeldt, explains, this system introduces a degree of inequality among religious groups, whereas equality and freedom inextricably belong together, as part of the “architectural principles” of human rights[5].

Inequality among religious groups is conspicuous in the Greek context, and with significant legal repercussions. Three religious groups—the Orthodox Church of Greece, adherents of the Jewish faith, and the Muslim minority of Western Thrace—exist in the Greek legal framework as faith communities with public law status, and without any need for registration. Until a recent legislative change, introduced in 2014 (Law 4301/2014 on religious legal personality), all other religious groups could be registered only as legal entities of private law either as associations, foundations, or charitable fundraising charities, rather than as religious groups per se. This fact limited groups’ rights to enter into contracts, own property, act as employers, and enjoy tax exemptions.

The 2014 law confirms the present legal status of the Greek Orthodox, Jewish, and Muslim of Thrace communities, and offers a new form of formal legal status automatically (i.e., without an application or court process necessary) to the Roman Catholic, Anglican, Ethiopian Orthodox, Evangelical, Coptic Orthodox, and Armenian Orthodox communities. For other religious minority groups, it offers the possibility of legal status but only through an application process and court confirmation that they fulfill a list of rather stringent conditions[6]. Thus the 2014 law on religious legal personality falls short of resolving the inequalities among religious groups and, for many minority faith groups, it fails to offer a viable solution to their lack of legal status.

Second, the conditionality set out in Article 13 that “protected worship” is that which does not offend “public order and moral principles,” is also rather problematic. “Public order” has masked many human rights offenses historically and internationally, and, of course, the notion of “moral principles” is highly subjective and malleable—characteristics that have often been exploited by actors seeking to limit religious-minority rights in Greece.

And third among rights limitations in this constitutional article is the outright ban on proselytism. The latter is problematic not least for the loose definition of proselytism (in a still-in-force 1938 law) as the “direct or indirect” attempt of someone to intrude on the religious beliefs of a person of a different religious persuasion, with the aim of undermining those beliefs, either by any kind of inducement or promise of an inducement or moral support or material assistance, or by fraudulent means, or by taking advantage of his inexperience, trust, need, low intellect, or naïveté[7].

This looseness in definition has contributed to rather liberal applications of the ban by national courts in the past, such as that liberal application which dragged the Greek state to the European Court of Human Rights (ECtHR) in its watershed case of Kokkinakis v. Greece (1993).

Article 14 of the Greek Constitution, after setting out the freedom of speech, freedom of the press, and a prohibition on censorship, indicates in paragraph 4 that “[s]eizure by order of the public prosecutor shall be allowed exceptionally after circulation and in case of,” among two others, “an offence against the Christian or any other known religion,” and “an obscene publication which is obviously offensive to public decency, in the cases stipulated by law.” Article 14 has been “channeled” into two particular articles of the Greek Criminal Code that form the main legal basis upon which individuals may be prosecuted (and face imprisonment) for the crime of blasphemy. Following an extensive national and international critique of these articles, they were abolished in 2019.

Finally, a further constitutional article that is central to the religion-human rights nexus in the Greek context is Article 16, which identifies the “development of religious conscience of youth” as an aim of national education. Religious education in the Orthodox faith is compulsory in the public education system, with exemptions available until recently only on declaration of a faith other than Orthodox Christianity. This is legally awkward for three reasons: because of the requirement to reveal one’s (minority) faith to a state institution, because the exemption is limited to the non-Orthodox, and because the content of the course may—despite recent changes in the curriculum—be considered confessional in nature.

Each of these issues has been addressed by ECtHR case law against other states, notably, in Folgero and Others v. Norway (2007), Hasan and Eylem Zengin v. Turkey (2007), and Mansur Yalcin v. Turkey (2014), the judgments of which render the Greek current practices contrary to standards set by the Court’s jurisprudence. Thus, it was no surprise when a case against the state of Greece also arose before the ECtHR over religious education, see Papageorgiou and Others v. Greece (2019)[8].

Whether all of the above stems from particular interpretations of Article 3, or—for that matter—from a “trickle-down” effect of the preamble to the constitution invoking the Trinity, is, and will most likely remain, the focus of a perennially divisive socio-political debate in Greece.

Also debatable is how the invocation of the Trinity in the Greek Constitution and the designation as “prevailing” for the Orthodox Church of Greece might fare in the next constitutional revision. If survey data are any indication, Greeks should be increasingly less moved by, or sympathetic to, such invocations. The extent to which political parties in power are sensitive to popular sympathies or lack thereof, however, can sometimes be another matter. Notably, after years of national and international NGO activism, the Greek blasphemy ban was removed from legislation under a left-wing government; its conservative successor party vowed to reinstate the ban, but ultimately bowed to the pressures of renewed activism and dropped the plan. A critical difference between the two cases, though, is that the blasphemy ban could and did land offenders in prison; the relative lack of evidence of direct harm from references to the Trinity and to a “prevailing” Greek Orthodoxy renders the latter two provisions more resilient fixtures in the Constitution of Greece.

[1] For a discussion of predominant interpretations of the term ”prevailing” in the context of Art. 3 of the Greek Constitution, see: Kyriakos Kyriazopoulos. (2001). “The Prevailing Religion in Greece: Its Meaning and Implications.” 43(3) Journal of Church and State.For a broader consideration the constitutional framework for religious freedom in the Greek context, see: Effie Fokas. (2020). “Religion and Human Rights in Greece,” in Giuseppe Giordan and Siniša Zrinšak (eds.), Global EasternOrthodoxy. Politics, Religion and Human Rights. (New York: Springer).

[2] See, for example, Kyriazopoulos (op.cit.), and Athanasios Gromitsaris. (2016). “Pluralism, Secularism and New Constitutionalism: On Art.3 of the Constitution of Greece.”

[4] The article is comprised of 5 clauses, but the first two are most relevant for our purposes.

[7] Notably, in the 1864, 1922, and 1927 Greek constitutions, the proselytism ban was embedded in Article 1 of the constitution and applied only to proselytism practiced “against the prevailing religious faith”; only in 1975 was the ban extended to protect all “known” religions (for more on this, see: Effie Fokas, Kokkinakis at the Grassroots Level,” Journal of Religion and Human Rights, 2017, Vo.12, Nos.2-3, pp. 210-222).

[8] Space limitations do not allow sufficient attention to this case; for a brief introduction, see: Effie Fokas. (2019). “Stuck in the middle with Papageorgiou: Missed or New Opportunities?” Strasbourg Observers, 27 November 2019.