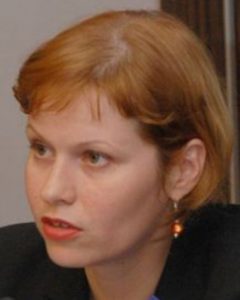 In addition to the theme of “Rights and Responsibilities,” the 2020 ICLRS Symposium gave tribute to W. Cole Durham, Jr., founder of ICLRS. Professor Uitz’s remarks were part of that tribute.

I have known Cole Durham for almost two decades. First, I met him in the classroom at Central European University that was still in Budapest. Over the years, we spent a lot of time together at conferences and workshops. And I also had the utmost privilege of seeing him interact with national and international civil servants who were preparing to draft or redraft legislation on church/state relations. I learned a lot from Cole over these years. More importantly, I learned an equally great deal from watching him interact with civil servants, activists, church leaders, and especially watch him when his audience did not want to hear what he said. The lessons I take away from these experiences are applicable amidst crises and across divides. They are, of course, relevant for issues of law and religion, but they are especially instructive for any work on resilience and resistance strategies at an age when illiberal and populist political actors are steadily on the rise. These political actors very often instrumentalize religion to sow the seeds of distrust and discord against minorities, and they use the law very often to demonize and stigmatize others, including religious minorities. Cole’s work allows us to study the law and the workings of the law in comparative perspectives. His work teaches us that we should focus not on a single event, no matter how dramatic or spectacular, but put legal rules into a broader context making sure that we understand the larger trends.

A very important stage in Cole’s work coincided with the third wave of democratization. This was a time when countries seeking to transition to democracy had high aspirations for defending human rights. We had high hopes that international and regional human rights instruments and organizations would afford previously unseen degrees of protection to religious freedom. We also saw church/state relations in a new light; we understood historic status claims to be relevant; but we also understood the willingness of several governments to do something about historic harms, to afford restitution be able to create a clean slate for bringing in a new age of religious pluralism. It was at the time when the European Court of Human Rights tied constitutional democracy and religious pluralism together in a manner that was meant to form the foundation of the European human rights regime. In this period, Cole focused a lot of time and effort into explaining the harms that a relatively new Russian law caused to religious freedom by requiring the re-registration of religious organizations on very short notice. It was an odd interest at the time because the Russian law clearly did not follow trends. Cole’s work on the Russian law called attention to how the state’s attempts at regulation were often synonymous with attempts to control freedom of religion. He was pointing out how the abuse of discretion is probably the most important abuse of powers states can commit towards religious minorities. From comparative work around this time, Cole introduced a very interesting visualization of religious freedom on the one hand and church/state affairs on the other

Instead of treating church/state relations on a continuum, Cole suggested that we think of it in terms of a loop. At the two ends of the loop, too much or too little state and parent interference are equally harmful to religious freedom. On the side, he introduced a new dimension of state neutrality in matters of religion. Over the years, the loop started to include many more steps to signify the types of abuse that states committed when they were exercising their powers over religious freedom. By the early decades of the 21st century, Cole’s work started to focus on what others very often called the culture wars, or even more dramatically, the conscience wars. In an important lecture delivered at the Pontifical Academy, he called this period the “odd crisis.” The crisis, according to Cole, was odd because what we were witnessing during the conscience wars was not a frontal attack on religious freedom but rather a pattern of erosion by exception: exceptions introduced to perfectly ordinary and civilized pieces of legislation to further various types of liberties. This was a very odd take on what caused the crisis because most of the scholarship focused on blasphemy prosecutions, head-scarf debates, and then, ultimately, the twists and turns of rights and claims for protection for sexual minorities that very often limited the rights of religious believers. Cole’s work pointed out how in this period of the culture wars, religious pluralism turned into extreme, or what he calls, “poisonous” polarization. I think about this period as human rights arguments being used in terms of non-negotiable absolutes to the detriment of liberties for all. Cole’s point about poisonous polarization replacing pluralism was underscored by very important social science data that he was familiar with. He drew attention to both the steady increase in government restrictions on religion and also on social hostilities involving religion around the world. In the last decade or so, electoral support for populist and liberal political leaders can be added to this list. It’s troubling because of the instrumentalization of religion by these leaders fueling religious intolerance, exactly fitting the pattern that the Pew surveys so neatly tracked before these leaders were on the political scene.

In 2019, Cole paid a great deal of attention to trying to protect the foundation of what he calls stable religious pluralism. He emphasized the importance of looking at those forces that are formative of poisonous polarization, pointing to fear and the sense of moral panic as chief drivers of really troubling events. In his work, he calls for finding grounds for principled compromise and also for the protection of social spaces and institutional frameworks for the kind of dialogue he has in mind.

I believe that the International Center for Law and Religion Studies is exactly this type of social space and exactly this type of institutional framework. Over the years, the network of scholars so carefully created under the directorship of Cole and now the directorship of Brett Scharffs built a network of scholars, activists, civil servants, and international human rights defenders, who can engage in the type of dialogue Cole had in mind. This dynamic of what it would take to preserve stable pluralism was described by Cole in an essay from 2004. He talked about creating social spaces where we can find and shape the worldviews of every individual in our atmosphere of authentic respect. And this is where I can come to the legacy of Cole’s work, in his writings beyond the sentence. What I take away from his work is the importance of never getting carried away with the spectacular and dramatic events of the day, in trying to avoid larger-than-life metaphors whose sole purpose is grabbing the attention of onlookers with zero explanatory potential. From Cole’s work, we learn that to understand legal change (whether we like it or not) it is very important to trace the building blocks of legal change that comes with understanding the rules and understanding what it means for those who seek to enforce or change the rules, and for those who impacted by these rules. We have to pay attention to the consequences of seemingly tiny incremental legal changes, and we have to understand how the law is applied, and how the law is experienced and perceived by those who are subjected to the actions of the state. Cole’s work calls attention to the fact that human forces make the law work. And most importantly, among these, we have to pay attention to those emotions that are in the darker corners of human nature, fear, and moral outrage among them.

Cole’s work reminded me over these years that we have to see these forces as the forces that drive us as human beings, all of us. It requires not only reflection and self-reflection but also humility. The starting point of any dialogue seeking principled compromise is one of humility. It’s all the more important as a reminder about where to start when we are engaged with questions that set us apart, questions that potentially result in limiting the rights and liberties of others.

Without the self-awareness and humility that Cole’s work teaches us, there is no hope for finding and awakening the sources of resilience and resistance that will help us withstand the rising tide of an illiberal rule. Without his work, we are very likely to forget that what we need to stand in the way of forces that undermine the very foundations of constitutional democracy, religious pluralism, and individual liberty, must start with humility. This is how to engage in a dialogue with others.