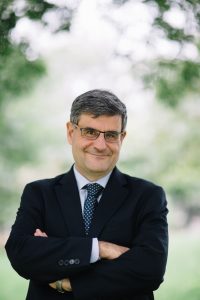 Pope Francis has just published a far-reaching encyclical that is destined, with time, to become his spiritual legacy to mankind in the realm of social issues. It is not surprising, therefore, that the pontiff wished to sign and present his document in Assisi, Italy, before the tomb of his beloved Saint Francis, from whom he took his name as pontiff seven years ago and from whom he now takes one of the saint’s own phrases as the title for his encyclical: Fratelli tutti (All Brothers).

In vivid terms, Francisco lays out an unvarnished snapshot of current world affairs with its myriad problems and challenges, from the lacerating COVID-19 pandemic to the multiple open wounds on society caused by misguided immigration policies, racism, unemployment, discrimination against women, human trafficking, abortion, populism, wars, rampant financial speculation, abuse of power, and the death penalty. Throughout his lengthy document, the pope dispenses advice ranging from the intensely personal—such as cautioning against “a frenzy of texting” in pursuit of instantaneous knowledge at the expense of real wisdom (para. 49)—to the grandly collective, such as calling for reforming the United Nations and for setting clear legal limits on financial and global institutions to “avoid power being co-opted only by a few countries” at the expense of weaker ones (para. 173).

The encyclical, addressed to all women and men comprising the great family of humanity, not just Christians, is deeply inclusive. It cites illustrious Romans such as Virgil and Cicero, notable Jewish intellectuals such as Hillel the Wise, and great social leaders of the stature of Mahatma Gandhi, the Rev. Martin Luther King Jr., and Desmond Tutu. The pope says that conversations he held in Abu Dhabi in 2019 with the great Imam Ahmad Al-Tayyeb prodded him to write. And, by the close of his encyclical, he offers up French soldier and explorer Charles de Foucauld (1858-1916)—who later would become a mystic, hermit and a martyr—as exemplary of one who found true brotherhood in all of fellow humankind.

Though the topics covered by Francis are many and diverse, the encyclical bears a clear and common thread: We will only be able to recognize a brother in our neighbor—regardless of race, culture, language, or national identity—if we open ourselves up fully to others. In other words, we must adopt the attitude of the Good Samaritan. We will not have changed our hearts sufficiently, the supreme head of the Catholic Church warns, if we turn our backs on human misery, so “caught up as we are with our own needs (that) the sight of a person who is suffering disturbs us … since we have no time to waste on other people’s problems” (para. 65).  The pope writes, “Of those who have endured much unjust and cruel suffering, a sort of ‘social forgiveness’ must not be demanded,” and he adds, “Reconciliation is a personal act, and no one can impose it upon an entire society, however great the need to foster it …” (para. 246).

It is precisely these individual, spiritual conversions of the heart that, little by little, will foster progress in the creation of “a social and political order whose soul is social charity” and of love capable of initiating “social processes of fraternity and justice for all” (para. 180). The pope insists that fuller integration of humanity is not a “merely utopian” ideal (para. 180), but the real fruit of many personal conversions that will ultimately extend their benefits to all institutions, communities, and cultures. All religions must contribute to the construction of universal brotherhood in the world.

Citing a document from the bishops of India, the pontiff affirms that interreligious dialogue should serve to “establish friendship, peace, harmony and to share spiritual and moral values and experiences in a spirit of truth and love” (para. 271). Once converted, humanity will grasp that universal brotherhood, rather than being a mere abstraction, has concrete consequences in the fields of politics, economics, and law. I would even venture to say that the greatest contribution of this encyclical by Francis lies in its giving political and legal relevance to the very fact of universal brotherhood, which requires a profound reshaping of social and political perspectives.

A Change in the Rules of International Law

In a world viewed from this new fraternal perspective, it would no longer be possible to hide behind state interests, justify wars, legitimize the death penalty, or arbitrarily close borders to our brothers pleading for our assistance. Nor would it be possible to hinder progress towards global governance that imposes binding rules on all states in matters that affect humanity as a whole (conservation of the planet, international terrorism, pandemics, immigration, weapons, etc.). Universal brotherhood demands a change in the rules of the game of international law, which implies a reform of the Charter of the United Nations.

Human consciousness evolves and circumstances change. Without denying the existence of an objective morality, what could have been a legitimate solution in the past (for example, operating without anesthesia) is no longer acceptable today. Thus, Francis is adamant:

We can no longer think of war as a solution because its risks will probably always be greater than its supposed benefits. In view of this, it is very difficult nowadays to invoke the rational criteria elaborated in earlier centuries to speak of the possibility of a ”just war.’ Never again war! (para. 258).

The pope also declares the death penalty “inadmissible,” writing that “the Church is firmly committed to calling for its abolition worldwide.” (para. 263). This comes as quite a lesson to the U.S., which executed numerous prisoners last year.

In his encyclical, Francis sets out a clear path to guide humanity toward unprecedented political, social, and legal unity. If the 19th century was the century of freedom, and the 20th century that of equality, our 21st century is truly called to be the century of brotherhood.

The Renewal of Catholic Social Concerns in Fratelli tutti