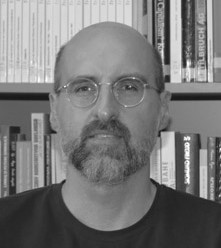 Paolo Costa is a researcher at the Center for Religious Sciences of Fondazione Bruno Kessler in Trento, Italy

The term sounds familiar enough. But can we assume that everybody knows what it is about?

Its field of application is, at least on the face of it, within everyone’s reach. Who does not have an opinion on the fate of religion today? In a range of positions going from the lamentations of those who day-in-day-out complain that “nothing is sacred anymore” to the dismay of those who do not understand how obscurantism and superstition have not yet disappeared from the face of the earth, the opinion niches where people can comfortably curl up are numerous and well known.

At the same time, however, it seems hazardous to presume that the word has been incorporated into everyday language. It is an easily verifiable fact that, if requested, many struggle to explain what exactly “secularization” is, displaying an indecision that does not seem to affect semantically contiguous terms such as secularism or de-Christianization.

The uncertain lexical appropriation can be taken to be the symptom of an intellectual operation that was only partially successful. In some respects, the word seems to function as a proper name and denotes a state of affairs analogous to a countable event in the physical world (for example that tree felled there or that cat dead on the roadside). This is not the case, though. Secularization is not a fact of the world around which an informed conversation can spontaneously flourish. Something more than a word is needed to achieve this. It takes a whole interpretive framework to make up one’s mind about its meaning and the available frameworks are multiple and at odds with one another.

In the brief space that is left, I want to argue in simple terms that by secularization people mean at least three different things today and that the too often ignored third meaning is especially important for us.

The commonest meaning of secularization is what I would call the “intransitive” one. According to it, the modern world secularizes itself, i.e. becomes more “worldly,” for reasons that go beyond the intentions of individuals. In other words, secularization is the result of a historical wide-ranging process, which is contingent on structural, scientific, economic, technological, social, political, and moral changes. A secularized society, put concisely, is a less religious society.

The second, less common meaning is, predictably, the “transitive” one. According to a different understanding of what happened to religion in the modern age, from a certain point onwards, let us say the XVI century, Christian doctrines, ideas, visions, and practices have been steadily secularized, i.e. translated into secular equivalents. Thus, for example, the Christian goal-oriented view of time gave rise to the modern idea of progress; the theological attribute of God’s omnipotence fed into modern political absolutism; Christian agape into secular humanitarianism; personalism into individualism; and so forth. According to this view of the early modern transition, Western “modernized” civilization is largely indebted, even parasitic upon Christianity: it is, like it or not, secularized Christianity.

The third meaning of secularization is much less linear. It is built on an understanding of modern secularity as a historical breakthrough: a true cultural innovation. From this point of view, secularization essentially means the rise of the “secular option,” i.e. of an unbounded variety of humanism. From then onward, living a fulfilled life outside of religious belief and practice became a concrete possibility for every human being, no matter what their station in life.

If we imagine religious life as a force field traversed by several vectors (corresponding to different aspects such as magic, cult, spirituality) and involving a boundary dividing off the sacred from the profane, the new secular option can be seen as behaving in such a cultural force-field both as a new vector that interacts with the other vectors of human religiosity and as a new stance that reshapes the frontier between what is worldly and what is otherworldly.

Apart from the metaphor’s effectiveness, what I am indicating with such an image of interacting forces is that the new option of a fulfilled life independent of any belief in magic, engagement with rituals, or spiritual tension toward the absolute, is destined to influence positively or negatively any variety of religious life, enhancing self-reflexivity and creativity, multiplying the middle ways, encouraging individual paths toward flourishing and self-fulfillment.

To begin with, this entails the proliferation of meaningful, socially respectable, and hence, accessible life options that stir up and challenge both individual desire and responsibility. Thus, in modern times, Mr. Smith can be a true believer in Christ, but also a yoga practitioner, a Bruce Springsteen fan, a surfer, and a vegan. His days, as a result, are likely to be filled with ruminations about the relationship between prayer and meditation, a religious service and a Springsteen concert, spiritual asceticism and the search for the perfect wave, ritual abstinence from meat and a strictly vegetarian diet. The result of this sharpened reflexivity is a personal shaky equilibrium among belief resilience, philosophical eclecticism, idiosyncratic tastes, opaque cravings, volatile opinions, secular and religious forms of belonging. What is more, our Mr. Smith is also likely to be baffled by the experiential fact of feeling closer to some self-proclaimed “secular” people—he may even be married to one of them—than to some fellow believers. In many respects, he is one of a kind. At the same time, however, he does not experience himself as an exception. Quite the opposite. He senses a deep-seated attunement with the spirit of the age. It is just that this spirit is the product of vectors moving in various directions and blurring the traditional boundaries of sacred and profane.

At a certain point in his life, it may certainly be the case that our Mr. Smith gets fed up with all this pondering, balancing, adapting, attuning, being taught hard lessons, and may aspire to a much simpler life. Still, his resentful reaction to intricacy, tough choices, and plurality will not make him less affected by society’s nudging people toward accelerated, multi-faceted, experimental, self-centered, and worldly ways of life. The rise of the secular option goes hand-in-hand with the emergence of a new social frame of action: an immanent frame. This frame, however, does not function as an iron cage. It is rather like an incessant nudge that can become annoying after a while.

To sum up, secularization means, among other things, that everyone either is a seeker or is sick-of-seeking after the secular option that took the center stage.

In Search for a Language for Individualized Religiosity