Michelle Coleman is a Lecturer in Law at Middlesex University London

The Feature “Grievousness” and Prosecution of Religious Persecutions

The term persecution is specifically defined in Article 7(2)(g) as “the intentional and severe deprivation of fundamental rights contrary to international law by reason of the identity of the group or collectivity.” The crime is not limited to religious persecution, but rather includes targeting a person or persons based on “political, racial, national, ethnic, cultural, religious, gender… or other grounds.” This crime was specifically designed to be more strictly construed than previous iterations of persecution, taking into account that the crimes are among the most international crimes and “require conduct which is impermissible under generally applicable international law, as recognized by the principal legal systems of the world.” This limits persecution so that it is understood as a serious criminal matter and must be prosecuted within the specific limitations of international criminal law. To be convicted of the crime of religious persecution before the ICC the perpetrator must have severely deprived a person of fundamental rights whom they intentionally targeted because of their identity as a member of a religious group as part of a widespread or systematic attack against a civilian population. The ICC’s definition is sufficiently constrained to allow for the prosecution of religious persecution as a crime against humanity. 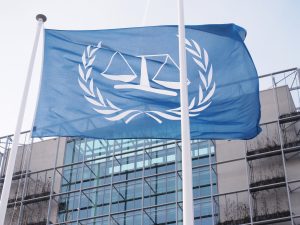 It is true that the crimes at the International Criminal Court are somewhat generally defined. That is because the crimes are designed to be specific enough to result in successful prosecutions of international crimes, but general enough to cover future situations, the details of which are unknown. This generality in how crimes are defined is a product of the Court’s permanence and its limited jurisdiction. The Court has jurisdiction over crimes allegedly committed by or within the territory of states parties to the Statute or as referred to the Court by the UN Security Council. This is how the Court differs from other international and internationalized tribunals. Where a tribunal set up to deal with a certain situation in a particular region can be more specific in its definition of crimes because the tribunal is necessarily designed to deal with past crimes, the ICC is designed to deal with future crimes that could occur anywhere at any time. This means that the Court could try cases from future incidents regarding any region or country in the world. Thus, there must be some flexibility in the definitions of the crimes within the Court’s jurisdiction. This flexibility does not prevent appropriately rigorous prosecutions, but rather allows the Court to try cases from wide-ranging situations.

The Court’s limited jurisdiction means that without a UN Security Council referral it has no ability to prosecute crimes committed by non-state parties within the territory of a non-state party. This is an important point in the context of Nel’s post, as he uses crimes allegedly committed by members of Da’esh [1] (also known as ISIL, Islamic State, or ISIS) in the territory of Syria and Iran as an example of how a grievous religious persecution prosecution might work at the ICC. However, the limited nature of the ICC’s jurisdiction makes any such prosecution virtually impossible. Da’esh is not a state (even if it styles itself as such) and Iraq and Syria are not parties to the Rome Statute. Therefore, absent a referral by the Security Council, which is very unlikely due to Russian and Chinese opposition, such a prosecution is improbable at the International Criminal Court.

Even if this obstacle could be overcome, the Prosecutor’s prosecution strategy limit the types of trials that come before the International Criminal Court. The crimes thus far investigated, charged and tried before the International Criminal Court have largely stemmed from situations involving violence. This has resulted in charging crimes where violence is a necessary component (such as murder or rape) rather than persecution which can but does not necessarily require violence. Further, The Prosecutor’s policyof trying those who are seen as potentially being most responsible for the crimes committed means that those who might have lesser responsibility for the overall situation are generally not tried before the Court. This in turn, limits the number and types of crimes that have thus far been investigated or prosecuted.

Finally, there is a resource issue at the International Criminal Court, which limits the number of situations that can be investigated and cases which can be tried. The Association of States Parties meets annually to determine the majority of the Court’s budget; however, the budget has been fairly stagnant over the course of the last several years. These budgetary restrictions have been exacerbated to the extent that the UN Security Council has failed to provide the Court with any additional funding when referring matters to the Court. In practice this means that the Court must try to prosecute more cases with less money. Ultimately this creates the possibility of number of situations not being prosecutedalthough they fall under the jurisdiction of the Court. This, for example, was one of the reasons suggested by Pre-Trial Chamber IIin its decision denying an opening of an investigation in the Afghanistan Situation.

Where Nel’s Conception May Help?

While the crime of “grievous religious persecution” might be too specific for the International Criminal Court, this crime could be adopted and prosecuted elsewhere. One possibility would be for states to codify this crime as a crime against humanity within their own national laws. This might help ease the burden on the International Criminal Court by having more countries willing and able to prosecute this crime against humanity when it occurs within their jurisdiction. In addition, states could also embrace this as a crime in order to prosecute international crimes through the exercise of universal jurisdiction. On the international front, this crime could be included in the Statute of any specialized criminal or court tribunal established in the future. The ability of such a body to more narrowly tailor its Statute makes it a better candidate to address the heightened criminality addressed by the proposed crime of grievous religious persecution.

In Pursuit of Criminal Accountability for “Grievous Religious Persecution”

Conceptualizing Religious Persecution as a Crime against Humanity