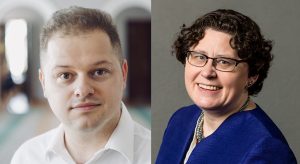 Legal Reforms in Uzbekistan since 2016

Under the former President Islam Karimov, Uzbekistan was systematically criticized for arbitrary arrests and the ill-treatment of believers, torture, police raids of believers’ homes and places of worship, strict control over religious education, censorship of religious literature, and its complete ban on “proselytism” and unregistered religious activities. In 2006 the country was placed on the U.S. State Department’s list of “Countries of Particular Concern” for the worst violators of religious freedom. After Karimov’s death, he was succeeded by Shavkat Mirziyoyev, whose administration released many religious prisoners, closed the infamous Jaslyk prison camp, stopped police raids, and has modestly simplified the registration process of religious groups.

Last year, the government also proposed amendments to the 1998 religious law. After a series of consultations with international organizations, religious freedom advocates, and academic institutions, Uzbek authorities brought the final draft law before Parliament, Oliy Majlis, where it was adopted in the first reading. No action has been taken on it since that time and it is not clear if or when to expect a second or third reading and passage into law.

The draft law provides some important protections for freedom of religion or belief, including equality of religious associations before the law, a ban on state or obligatory religion, and the prohibition of state interference with the internal affairs of religious associations. It also reduces the necessary number of founders for religious organizations from 100 to 50 persons, further eases the registration process, particularly by excluding the need for the mahallah’s (a locally selected neighborhood committee) consent from the list of required documents, and cancels the prohibition on wearing religious attire in public for non-priests (although administrative practices on, and informal regulation of, religious clothes in public spaces are still very restrictive).

However, in many ways the draft law fails to meet international standards of religious freedom. Among the most evident problems are mandatory registration of religious groups and a ban on unregistered religious activities; a minimum number of founders for religious organizations that is still too high; mandatory government review of religious materials as a precondition of their production, import, and distribution; serious restrictions on religious education for minors; religious discrimination against foreigners, who are limited in their right to lead religious organizations; a ban on non-coercive religious persuasion; and the vagueness of many provisions, which may result in arbitrary application by authorities and law enforcement agencies.

In addition, international human rights monitors and Uzbek civil society continue to report persecution against religious activists and even believers discussing religion on social media, restrictions on registering religious minority groups, many prisoners of conscience who have not been released yet, formal and informal restrictions on wearing hijabs for Muslim women and beards for men, severe limitations of religious freedom for prisoners, etc.

Religious “Tolerance” as the Obligation to Observe Rigid Categories

Our experiences and interactions with Uzbek authorities, leaders of recognized religions, academics, and experts suggest that, in many ways, this restrictive legal framework and the accompanying administrative practices correlate with or are even inspired by dominant Uzbek cultural attitudes and perspectives on interreligious “harmony” and religious “tolerance,” and views on the role of the state in protecting an overly rigid and simplified conceptualization of ethno-religious tolerance.

In a recent paper for The Review of Faith & International Affairs, we argued that

According to these attitudes, the ideal of interreligious harmony is based on peaceful coexistence of “traditional” religions that have been present in Uzbekistan for a long time. However, here coexistence means mutual nonpenetration. It does notmean pluralism in the robust, relational, and nonrelativistic sense …. Uzbekistan’s prevailing cultural conceptions of “harmony” presume that each religion should focus on ethnically and culturally different believers. Thus, Uzbeks are supposed to be [Sunni] Muslims, Russians go to the Russian Orthodox Church, Armenians go to the Armenian Apostolic Church, etc.

From this perspective, religious tolerance means the right to live in one’s own religious and ethnic communities and an obligation not to engage with other communities through propagating certain religious beliefs and seeking to recruit new believers. Moreover, religious tolerance is mostly reserved for “old” religions (Sunni Islam, Russian Orthodox Christianity, Catholicism, Judaism, Lutheranism, and some others), while new religions are typically suspect by the state and local communities.

Based on such an exclusive model of tolerating (traditional) religion, the Uzbek state prohibits “proselytism” as an illegitimate attempt to cross the border and damage interreligious harmony in the country. Mandatory registration follows the same logic; the state considers unregistered religious activities to be a source of extremism and violence aiming to undermine the peaceful co-existence of people living in Uzbekistan. When accused of ignoring international religious freedom standards, Uzbek officials justify such measures based on the specific history of Uzbekistan and mentality of the Uzbek people, as well as its difficult geopolitical location bordering Afghanistan.

Both this restrictive legal framework, which prevents many believers from enjoying their rights, and this exclusive model of religious tolerance are significant obstacles for the development of “covenantal pluralism” in Uzbekistan. Stewart, Seiple, and Hoover point out thatcovenantal pluralism

is simultaneously about “top-down” legal and policy parameters and “bottom-up” cultural norms and practices. A world of covenantal pluralism is characterized both by a constitutional order of equal rights and responsibilitiesand by a culture of reciprocal commitmentto engaging, respecting, and protecting the other—albeit withoutnecessarily conceding equal veracity or moral equivalence to the beliefs and behaviors of others.

Religious freedom is a precondition and an important part of covenantal pluralism, which is based on religion and beliefs as matters of a person’s free choice and an inalienable right of all individuals to seek answers for eternal spiritual questions in the way they would like.

Under President Mirziyoyev, Uzbekistan has made some progress in furthering religious freedom and, therefore, covenantal pluralism. The next steps on this path, however, will be much more difficult. Sustainable progress will require candid and constructive dialogue and reforms that decisively move away from state micro-management of religion and exclusivist cultural assumptions about religious tolerance, which are hardly compatible with comprehensive religious freedom for all.

This conclusion can help to shape priorities and direct international assistance to Uzbek reforms in the religious sphere. While further support of legal reforms is important, engaging Uzbekistan in religious literacy initiatives and programs that encourage interfaith dialogue and promote a more inclusive and dynamic model of religious tolerance may be of even greater importance. Holistically aligning such programs with strengthening the rule of law and democracy can make these changes both possible and irreversible.