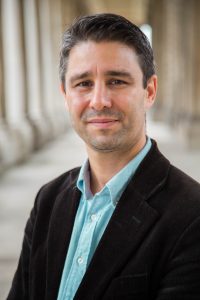 Many religious groups face significant restrictions in Turkey. This includes the right for a religion or belief group to have a legal personality, the right to open a place of worship, the right to teach one’s religion and belief, and the right of a religion to appoint its own religious officials.

For instance, despite recent judgments of the European Court of Human Rights—ECtHR—(e.g. CEM Vakfı v. Turkey) the right to establish places of worship has yet to receive adequate protection. In this case, Alevis (the biggest religious minority group in Turkey) have for years complained that the state has persecuted them by imposing a Sunni understanding of Islam. Also, the main issue still exists where the state authorities do not consider their cem (gathering) houses to be legitimate places of worship. Thus, they are unable to enjoy some benefits provided by the Turkish State. For instance, bills such as electricity, water, and gas cannot be paid by the Diyanet’s [the Presidency of Religious Affairs] budget. Protestant churches and Jehovah’s Witnesses’ prayer halls also encounter systematic obstacles.

In sum, some religious communities in Turkey are deprived of the right to obtain legal personality. To resolve this issue, the ECtHR judgments should be speedily and effectively implemented in line with international human rights norms. As a result of this recognition, the construction of places of worship, their licensing, and determining of suitable sites in urban planning will be facilitated in a non-discriminatory manner. Moreover, the relevant provisions should be introduced so that the teaching of religion and belief is safeguarded for all religious groups in compliance with Art. 9 of the ECHR. This right should include opening institutions where communities can train their own clergy. Furthermore, the election and appointment of religious officials should be an internal matter for religious or faith communities, and there should be no question of interference in internal affairs. The necessary, accessible, and non-discriminatory provisions should be introduced to ensure the possibility for these communities in Turkey to invite and employ foreign religious officials.

The Right to Conscientious Objection to Military Service

Turkey must endeavor to find a way to resolve this problem, as the right to conscientious objection has now gained recognition from United Nations and European bodies, to which Turkey is a signatory, as a legitimate expression of the freedom of thought, conscience, and religion (e.g. Tarhan v. Turkey, Cenk Atasoy and Arda Sarkut v. Turkey). If Turkey wishes to join the EU, then it must reform its domestic legislation to comply with  international norms recognizing the right to conscientious objection. Changes of this nature would raise hopes that the taboo of a military nation will be challenged and replaced by the concept of national duty.

The Religion Box on the National Identity Card

Amongst EU member states and candidate member states, Turkey is the only one to record the religion of its citizens. The right not to disclose one’s religious beliefs is one of the most important elements of the freedom of thought, conscience, and religion, in the forum internum sphere, within which states do not have the right to interfere. States may not for any reason, be it secularism, public interest, or on any other grounds, obstruct or impose restrictions on the exercise of this right. The relationship of this right to the principle of discrimination is also important. Hence, in countries such as Turkey, which has a population that is majority Sunni Islam, the state has a positive obligation to protect the rights of religious minority groups. If the state does not remain impartial, these minority groups will face constant exclusion, criminal prosecution, and even be subjected to political, economic, and cultural discrimination. For instance, as mentioned in the 2019 European Commission Report, for an accused person to have the term “Zoroastrian” in the religion box of his or her identity card constitutes evidence of membership of an illegal organization, the gravity of the situation is clearly evident.

As enshrined in Articles 24 and 25 of the Turkish Constitution, individuals are protected from being compelled to disclose their convictions, both as regards belief and freedom of thought, for whatever reason or purpose. Article 15 defines this right within the category of rights that may not be interfered with even in exceptional circumstances. However, in 2012, the Turkish Constitutional Court found no interference in the right not to be compelled to disclose beliefs in the cases involving an individual’s religious beliefs being recorded in family records and identity cards, which were in contravention of the essence of the Constitution.

Furthermore, some changes have been made by other state authorities in light of the Sinan Işık judgment. In 2016,the chip-enabled national identity cards were introduced. Although there is no box for religion on these cards, the information on religious affiliation is still in the chip. In other words, the state authorities collect this information from the previous records and include it in the chip. As stated, this information remains visible to authorized public officials as “qualified personal data.” Therefore, the identity card being in frequent use, the risk of individuals being subject to discrimination is very high. Especially when the historical and sociological reality is that the state assumes that almost every Turk is a Moslem, so that even leaving the religion box blank increases the risk of the holders being subjected to discrimination. Consequently, as stated in Article 90(5) of the Constitution, ECtHR judgments should be strictly implemented. The State’s positive obligations to prevent clear breaches are clear. Unfortunately, steps taken on this issue have been insufficient, the solution being to completely remove the box in question from the records.

The ECtHR has stated plainly in the Zengin and Yalҫın judgments that religious education in Turkey does not meet the required standard and is not “objective, pluralist and critical.” And also, the Court stated that the lessons in question did not respect the applicants’ beliefs. The Court also found the declaration of faith required parents to gain exemption for their children to be in contravention of the prohibition on disclosure of faith. It also found that there was no decision-making process to deal with requests for exemption, with the decision being left to the school administration. The Court consequently found a violation of Article 2 of protocol No. 1 of the ECHR.

Following the Zengin andYalҫın judgments, the Turkish authorities have endeavored to transform compulsory religious education into cultural education, instead of putting an end to it. However, these steps have not addressed the main issue, which is the question of the content of compulsory Religious Culture and Ethics lessons. As stated in the Norwegian Helsinki Committee’s 2019 report on Turkey,

The Sunni Islamic perspective remains dominant in the syllabus…. There is no provision for a non-discriminatory mechanism for exemption from the RCE [Religious Compulsory Education] course. Currently, only Christian and Jewish students can take advantage of the exemption, by showing their religious identities as recorded in the religion category on their identity documents.

Making Religious Culture and Ethics classes optional would ensure compliance with international standards, and also with the Turkish Constitution. Reform along these lines would also place Turkey in accord with other European countries, where there are optional classes or the right to exemption. Moreover, the content of these lessons must be changed following the OSCE/ODIHR Toledo Guiding Principles.

During its accession process to the EU, urgent attention must be taken to Turkey’s approach to the right to freedom of religion and belief. There is no doubt that Turkey must introduce legislative changes that establish a legal framework providing adequate safeguards for this freedom for all. In addition, Turkey must always remember its obligations under Article 46 of the ECHR to execute the Court’s judgments immediately.

The Names of Religious Groups and Security-Related Concerns

The Transformative Power of Loss: Finding Community and Hope for All

Towards a Constitutional Definition of Religion: Challenges and Prospects