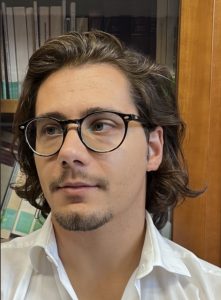 Matteo Corsalini is a postdoctoral fellow at the University of Padova School of Law. He is the author of the forthcoming book Business, Religion and the Law. Church and Business Autonomy in the Secular Economy (Routledge 2023).

What Is the Purpose of Business?

For a generation of Chicago-trained economists in the 1970s, the answer to that question has always been straightforward: to generate maximum profits and reinvest capital gains. In time, the simple yet powerful play on words “the only business of business is business” [1] provided pivotal normative cover for a theory in corporate governance that would come to be known as “shareholder primacy.” [2] The headline said it all: the only social responsibility of companies is to make money for their investors. The received wisdom is that the greater the ability to generate revenues for shareholders, the greater the investments funneled into the whole economy to produce what is societally necessary and thus serve the public good. Hence, if greater economic benefits for shareholders work for the benefit of all, this “profit-optimizing philosophy” [3] goes, every business decision that keeps money out of investors’ pockets amounts to mismanagement. This is how shareholder primacy soon became a strong economic (and moral) justification for disregarding social expenditures (furthering societal, labor, or environmental goals) that could get in the way of delivering financial performance in business.

Overall, shareholder capitalism hit the mainstream in the 1980s and continues to loom large in our present corporate landscape, at least in the United States and Western Europe. Remarkably, it is within these geographical areas that “freedom of religion or belief” (FoRB) is now progressively turning into a new trump card for shareholders to advance their private business interests over public concerns. And if this “business turn” in law and religion has already taken hold in the United States over the last ten years or so, it is now about to reshuffle the cards in terms of institutional religious freedom litigation in Europe as well, as I argue in the forthcoming book Business, Religion and the Law. Church and Business Autonomy in the Secular Economy (Routledge 2023).

“Shareholder primacy lives, albeit in moral rather than economic terms,” commented Elizabeth Sepper and James Nelson in taking up the issue of American “faith-based” shareholder capitalism. Increasingly, in the United States, for-profit corporations are in fact conscientiously objecting to otherwise applicable laws on the grounds of their shareholders’ personal religious convictions.

The best-known example of a commercial business invoking its shareholders’ FoRB rights arose in Oklahoma City, where three Christian family-owned companies with a religious objection to contraceptives refused to include birth control coverage within their employees’ health insurance plan. Coming out in favor of two of the three applicant-companies, the decision of the United States Supreme Court (USSC) in Burwell v. Hobby Lobby was a game-changer. For the first time ever the USSC extended religious exemptions, heretofore restricted to churches and their non-profits offshoots, [4] to support the business decisions of closely held businesses operated in accordance with religious precepts.

The criticism here is that, in Hobby Lobby, the USSC allowed corporate religious objectors to externalize the costs of their business (those arising from supplying contraceptives for free) onto the state and other sectors of the economy (or, even worse, onto employees themselves). By no great stretch of the imagination, it is easy to see how the more costs of doing business are lowered and shrugged off onto the public, the greater the room for profits to grow.

Despite all the above, the current conservative composition of the USSC has further extended rights, immunities, and other protections traditionally confined to churches in favor of “faith-based” companies (be they Hobby Lobby–style family businesses or large-scale public corporations). In the wake of new case law and legislation postdating Hobby Lobby, these entities now have a wide array of constitutional and statutory “church-like” exemptions at their disposal to protect their business autonomy. Essentially, thanks to the Roberts Court, they can now object not only to covering preventive healthcare services but also to making employment decisions without discrimination [5] and, at least potentially, serving same-sex couples. [6]

In a similar but diametrically opposed fashion, a new “business turn” in law and religion is now taking place in Europe as well. To make sense of this, consider a parallelism: just as U.S. “faith-based” companies can pursue their own self-interest in the form of corporate freedom of religion, totally secular commercial businesses can similarly couch their profit-oriented goals in terms of corporate freedom from religion. It is this latter trend that is currently playing across much of the European Union (EU) Single Market. This European-style “business turn” in law and religion has become particularly evident in connection with recent disputes concerning the business autonomy rights of “neutrality-based” companies vis-à-vis their employees’ equality rights to be free from discrimination on grounds of religion. But what exactly is a “neutrality-based” company?

My general working definition is that “neutrality-based” companies consist of secular economic entities with a focus on short-term profits rather than long-terms objectives. Seen in this way, “neutrality” can be understood as abstention from position-taking on several public issues (from human rights to, say, the environment) to avoid unwanted political exposure and potential loss of income for actively addressing them. It follows that, far from denoting objective impartiality, neutrality in business mostly serves as a means to redirect managerial priorities toward a shareholder-friendly direction.

A notable example in this connection is that of the Belgian branch of G4S Secure Solutions. This is a global supplier of security services that in 2017 garnered a great deal of scholarly attention after winning an antidiscrimination dispute against a hijab-wearing Muslim employee before the Court of Justice of the European Union (CJEU).

Concerned that protecting religious diversity at work could be at odds with the secular (and profit-oriented) business image that the company wished to convey to its customers and investors, at a board meeting G4S adopted a policy of “neutrality.” This policy prohibits the display of any visible signs of political, philosophical, or religious beliefs in the workplace. As a result, the applicant-employee, Ms. Achbita, was dismissed due to her refusal to take off her headscarf at work.

In the landmark case Achbita v G4S Secure Solutions, the CJEU found in favor of the defendant-company. In reaching this conclusion, the Court largely relied on the Opinion of Advocate General (AG) Kokott who, in turn, found that Ms. Achbita’s dismissal was entirely consistent with the objective of religious and ideological neutrality “which G4S has laid down as an occupational requirement” (A.G. opinion para. 107).

The above-mentioned phrase is worthy of attention as, in the words of the AG, neutrality appeared to be not just a mere internal governance rule but a proper “occupational requirement” that has the character of an “obligation” for employees (A.G. opinion paras. 75, 77). Thus framed, neutrality categorically trumped any consideration over the employee’s religious rights, thereby echoing the special “ethos requirement” that under EU law (Directive 2000/78/EC) allows churches to articulate a religious reason for justifying discriminatory employment decisions. [7] Essentially, with her line of It reasoning, the AG extended for the first time ever, perhaps unwittingly, the conscience-based exemptions mechanisms for churches under Directive 2000/78/EC to a secular for-profit company.

But the story does not end here. The less-noticed moment of a newly defined “church-like” power for “neutrality-based” companies to discriminate in employment appeared in the 2021 cases IX v. WABE and MH Müeller Handels GmbH v. MJ. Here the caveat was quite straightforward: since Directive 2000/78/EC does not cover human rights arguments under its scope, FoRB standards of protection cannot be brought into a balancing exercise when considering the appropriateness of requiring “neutrality” to employees (AG opinion paras. 95, 97). Or at least, so it was felt by AG Rantos, whose opinion delivered a pro-business stance far more explicit than that put forward in Achbita.

Here the impression is that the AG “translated” church autonomy rights and immunities under Directive 2000/78/EC into new secular terms: namely, a broader principle of secular business autonomy in the EU Single Market. Eventually the CJEU followed in the footsteps of AG Rantos’s opinion, thus suggesting that, for now, this new “business turn” in EU law and religion is anything but a temporary trend.

At its core, the idea of for-profit companies reflecting religious scruples in business in a “church-like” fashion might sound a bit odd to European ears. Yet in the United States, where Christian evangelicalism has had a (not so invisible) hand in shaping corporate culture, a growing body of USSC case law is now supporting the doctrinal and theoretical possibility of extending immunities traditionally confined to churches to “faith-based” companies. Challenging the terms of the contemporary debate, the argument here is that a similar “business turn” is also happening within the EU Single Market, where this time it is “neutrality-based” companies that benefit from religious immunities to advance their mission and shareholders’ appetites. Seen in this way, churches, but also, say, the Belgian branch of a secular provider of global logistics services, are nothing more than complementary instances of the same legal phenomenon of corporate religious freedom. At its core, this argument is anything but a theoretical exercise. Rather, and perhaps counterintuitively, it is precisely in treating utterly secular companies as FoRB claimants that employees can find brand new ammunition in their quest for proportionality vis-à-vis “neutral” employers, as my book Business, Religion and the Law attempts to explain. [8]

[1] See Greed Is Good. Except When It’s Bad,  NY Times (13 Sept. 2020). This formula summarizes the ideas that Nobel-prize–winning economist Milton Friedman elaborated in The Social Responsibility of Business Is to Increase Its Profits, NY Times (13 Sept. 1970).

[2] For one of the foundational works on this topic, see Michael C. Jensen & William H. Meckling, Theory of the Firm: Managerial Behaviour, Agency Costs and Ownership Structure, 3 J. Fin. Econ. 305 (1976).

[3] This formula could be traced back to Alec Ross’s The Raging 2020s. Companies, Countries, People—and the Fight for Our Future (2021).

[5] See Bostock v. Clayton County (holding that the prohibition of sex discrimination under Title VII of the 1964 Civil Rights Act should be taken to include homosexual and transgender status). At first sight, this might have a very positive antidiscrimination effect. Yet the fact remains that “faith-based” employers still have a chance to deny same-sex accommodation at work if they are able to set out a religious justification for it under the 1993 Religious Freedom Restoration Act (RFRA), as Justice Gorsuch clarified in his majority opinion (slip op. at 32). This line of reasoning is worthy of attention since, in the wake of Hobby Lobby, a RFRA-based defense is now available to commercial businesses operated according to religious precepts. In this sense, see also Marci A. Hamilton, Religious Entities Flex Their Muscles Through the Roberts Court, Playing Both Sides of the Discrimination Coin, Verdict (4 Aug. 2020).

[6] Masterpiece Cakeshop, Ltd. v. Colo. Civil Rights Comm’n. Although the USSC did not explicitly address the constitutional question of whether commercial businesses have religious rights under the Free Exercise Clause, it still found in favor of the applicant-company on procedural grounds. Hence the impression was left that this decision somehow laid the groundwork for an all-out right to refuse service on conscience grounds under the U.S. Constitution, for further development in future case law.

[8] This argument is anticipated in earlier material that formed the backbone of this book. See Matteo Corsalini, Religious Freedom, Inc: Business, Religion and the Law in the Secular Economy, 9 Oxford J.L. & Religion 28 (2020).

Can We Reconcile the Freedom of Religion with the Right to Be Free from Gender Discrimination?