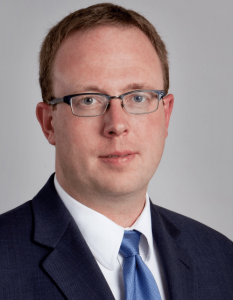 Dwight Newman, QC is Professor of Law & Canada Research Chair in Indigenous Rights in Constitutional and International Law at the University of Saskatchewan and a Munk Senior Fellow (Constitutional Law) at the Macdonald-Laurier Institute

Does the coronavirus pandemic justify the government telling churches how to run their worship services?

Some state governments in the United States and provincial and territorial governments in Canada seem to have thought so during the reopening phase of the pandemic, setting a concerning precedent of relatively detailed governmental regulation of religion. Other governments, facing the same coronavirus pandemic, have managed to engage with religious institutions more respectfully, furthering health goals without imposing detailed requirements on religious services.

In this post, I discuss some striking examples of how coronavirus guidance documents on religious services have differed in ways that show differing levels of respect for principles of state non-interference in religion. While the pandemic situation can obviously justify some steps that would not normally be taken, the different approaches illustrate that governments have had genuine choices about whether to interfere more or to interfere less with religion. The choices they are making have implications in relation to the precedent for future interference.

The documents under discussion, issued by essentially every state government, come under different names that are not applied consistently. Some are “guidelines”, and some are “guidance” documents.  But some of the slightly-more gently named “guidance” documents contain significant mandatory restrictions.  For example, California’s guidance document includes this significant restriction with mandatory language: “Places of worship must therefore discontinue indoor singing and chanting activities”.

Slightly different regulations on singing during worship services appear in two other states. Washington state’s guidelines ban choirs but specifically permit masked congregational singing. New York state’s guidelines require a ban on singing unless a twelve-foot distance can be maintained between individuals.  But most states seem to suppose that the coronavirus can be controlled without specific regulation of worship music, which raises some questions about the handful of states that do regulate this aspect of worship.

The DC and BC governments impose requirements on those offering religious services to record contact information for those attending. The District of Columbia guidance document requires that contact details be kept for thirty days and provides a specific mandate that “[f]aith community leadership is responsible for ensuring there is a process in place to account for the names of every person who has been on the premises”. A provincial health order in British Columbia imposes similar requirements.  Needless to say, a willingness to register attendance at a place of worship might vary between those more definitively in the flock and those who might have more casually visited without wishing to identify themselves.  Some could also worry about the precedent for more concerning governmental uses of religious service registration lists.

A number of states offer guidance on not sharing microphones.  Some enter into more concerning regulation of sacramental objects, even if naming these objects indirectly. Virginia’s guidance document provides that “[a]ny items used to distribute food or beverages must be disposable and used only once and discarded”.  Several Canadian provinces were ready to be more explicit. Alberta’s document sets out a number of rules specifically for food or drink during “a faith-based ritual (e.g. communion)”. Newfoundland’s document imposes mandatory precautions when “sharing communion”. Saskatchewan’s guidelines put an onus on churches, with some bottom-line rules: “Denominations or families of churches wishing to offer communion at this time will be required to develop protocols by which the communion can be offered in a way that safeguards the health of the communicants and celebrant. The use of a common cup is not permissible.”

Such guidelines on communion are no doubt entirely sensible from a health standpoint—and are probably so even apart from a pandemic. But it is a highly delicate matter for the state to impose mandatory rules on sacramental objects. Again, it puts the state in a position that generates a worrying precedent for how the government can regulate even the most intimate parts of religious services.

Some states, also facing coronavirus, engaged very differently with religious entities. Tennessee’s guidance for houses of worship opens with an affirmation of the value of communities of faith and their First Amendment rights, and it goes on to explain that the document itself is “an aggregation of suggested protocols from various faith communities across Tennessee” that is offered as a “courtesy for your convenience”. Other documents are clear that they encourage or recommend practices rather than mandating them—here, one could mention examples like the Wyoming guidelines or the Indiana guidelines (which also contain a reminder of the “right of Hoosiers to worship and freely exercise their religion”). Oklahoma’s guidance document for places of worship makes specific room for the “discretion” and “best judgment” of religious leaders.

The respect shown in such documents for the freedom of the church—or, more broadly, the sphere of jurisdiction of religious entities separate from the state—is in stark contrast to the regulation of specifically scorned acts (like “singing and chanting activities”), the imposition of state-mandated registries of attendees at worship sites, and mandatory regulations imposed on sacramental objects.  Federalism has thus seemingly revealed some sharply differing governmental attitudes toward religion and toward the church-state interaction.

Differences in attitude were apparent from the outset of the pandemic, as some governments treated religion as offering an “essential service” and others were ready to shut it down. Differences in attitude have persisted during the reopening phase, as some governments have minimized their impacts on religion and others have either not worried about their impact or have even maximized it.

It is too easy to say that the pandemic justifies every government act taken in response to it. The very fact that there are varying governmental approaches in the context of religious organizations and religious services shows that this is an arena in which choices are possible. Governments that have interfered more in religious services have chosen to interfere more in religion. That is a concerning development. Even while guidance documents from the reopening phase have had sensible ideas that could protect health, the readiness of some governments to make more of these mandatory—even while striking at particular sacramental acts or core elements of religious liberty—raises serious questions.

The appropriate response of religious entities is challenging. In some ways, it would not be good for these entities, or for religion generally, to be perceived as fighting against sound health guidance. At the same time, it is not good for these entities, or for religion generally, to permit without objection the accumulation of precedents for governmental intrusion into core elements of worship services.  My contribution may not reveal easy answers on the path forward, but I hope that it exposes some details of some further dilemmas arising in the context of law, religion, and coronavirus. Churches—and other religious entities—do not and should not want the state regulating aspects of their religious services, but the coronavirus pandemic has provided an opportunity for a development of precedents for such interference that is arguably all the more dangerous for its very subtlety.

Through the Eyes of James Cone: COVID-19, Police Brutality, and The Black Church

Conflicts between Religious Liberty and the New Public Health

Summary of Remarks: “Religion’s Impact on World Issues and the Necessity of Freedom of Religion”