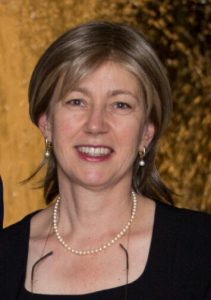 Ruth Junginger de Andrade is an attorney and mediator with nine years of conciliation and mediation experience in both legal and extralegal contexts. She has been a member of the São Paulo Inter-religion Forum for a Culture of Peace and Religious Belief since 2016 and a member of the Commission on Religious Freedom as part of the OAB/SP (São Paulo Order of Attorneys) since 2014.

The following is a translated summary of her remarks as a panelist addressing “Law, Religion, and Society” at the First Brazilian Symposium on Freedom of Religion or Belief (2022).

The Persistence of Religion

Law, religion, and society involve complex themes that require profound reflection. Since the beginning of time, religion and sociology have been interconnected—but the religious scene is changing.

Currently many people are not affiliated with any religion. Rather, they seek to explore their religiosity in other ways that lead to connections with the transcendent or divine. As a result, many religions are working to gain new supporters.

While there is a possibility of religions disappearing, history contradicts this concern. Written records that constitute the landmark between prehistory and history, for the most part, contain religious content. Organized forms of worship have existed in all eras of humanity. The history of humankind demonstrates that religion—its institutions and rituals—is a basic necessity, intrinsic to human nature and indispensable to achieving a transcendental feeling of existence. Given this past, the vanishing of religion appears practically impossible.

It is highly probable that new religious manifestations will continue to surface (sometimes very different than those that already exist) in a panorama that already accommodates and integrates traditional religions. These new religious creations with their innovative messages have the potential to benefit more people who do not or cannot fit into existing segments.

Considering secularity and the secular state, conceptual differences exist between the two. To aid popular understanding, one should teach the concepts correctly whenever possible; however, the most important thing to promulgate is the concept that the State not prefer, adopt, or belittle any religion. This concept must be linked to the State’s recognition that people are religious and that religious exercise must be guaranteed.

Regarding the significant societal problem of violence, religions have power to placate it and great potential to collaborate in order to diminish it.

In principle, those who have more resources have the obligation to offer more. It is expected that the religions that understand the concepts of religious liberty defend religious liberty for all. In my opinion, those of us who have attended the First Brazilian Symposium on Freedom of Religion or Belief, and the institutions we represent, are those who “have more”; we can fulfill the purpose of the Symposium’s organizers if we promulgate the concepts and ideals discussed herein about the right to religious freedom.

The Place of Religion in the Public Sphere: Speaking the Unspeakable

In Search for a Language for Individualized Religiosity