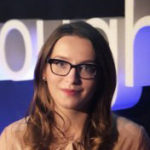 Ewelina U. Ochab is a legal researcher, human rights advocate and author. She works on the topic of persecution of minorities around the world, with major projects including Daesh genocide in Syria and Iraq, Boko Haram atrocities in West Africa, and religious minorities in South Asia.  She is co-founder of the Coalition for Genocide Response and authored the proposal for the Initiative UN International Day Commemorating the Victims of Acts of Violence Based on Religion or Belief, marked on August 22.  Ochab has written more than 30 UN reports (including Universal Periodic Review reports) and has made oral and written submissions at the Human Rights Council sessions and the UN Forum on Minority Issues. She has been published in Forbes, the Huffington Post, Oxford Human Rights Hub and many more. Ochab is currently working on her PhD in International Law, Human Rights and Medical Ethics. She was a member of the Inaugural Class of the ICLRS Young Scholars Fellowship on Religion and the Rule of Law, which took place in summer 2018 in Oxford.

Talk About posts by Ewelina Ochab: