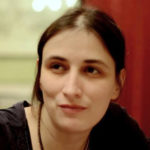 Maria Kravchenko, of the SOVA Center for Information and Analysis, is the author of Inventing Extremists: The Impact of Russian Anti-Extremism Policies on Freedom of Religion or Belief, a report for the USCIRF

Russian anti-extremist legislation provides multiple instruments for the state to actively intervene in the religious sphere. As a result, there are numerous cases of abuse and overreaction on behalf of the state. Many cases of prosecuting “religious extremism” rely on a broad and vague definition of extremist activity incorporated in the Russian Law on Combating Extremist Activity (2002)[1]). In contrast to numerous international documents (see for example the OSCE/ODIHR Freedom of Religion or Belief and Security Policy Guidance)[2]), the Russian definition of extremism penalizes both violent and non-violent extremist acts as well as mere claims of religious and belief-related superiority. Such claims expressed in religious literature or public speeches could result in banning a religious group and prosecuting leaders and adherents as members of extremist organizations regardless of their actual involvement in extremism. END_OF_DOCUMENT_TOKEN_TO_BE_REPLACED

Continue Reading Disproportionality of Anti-Extremist Measures: The Case of Faizrakhamanists in Russia 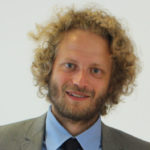 Together, recent domestic “laws on extremism,” counter-terrorism efforts, seemingly perpetual “states of emergency,” and miscellaneous “national security” measures send an unequivocally powerful message: Rights and freedoms are all well and good, but if unchecked, such liberties may undermine another important public good—security. As a result, freedom is increasingly and categorically pitched against security; security is also pitched against freedom. Such is the securitization zeitgeist. Security demands sacrifices—sacrifices in the area of what used to be fundamental freedoms we took for granted. END_OF_DOCUMENT_TOKEN_TO_BE_REPLACED

Continue Reading Freedom of Religion or Belief and Security – Some Reflections 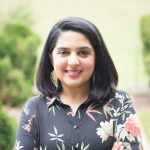 Asma T. Uddin is a Senior Scholar at the Freedom Forum Institute and a 2019 Visiting Scholar at Brigham Young University.

A few years ago, the New York Police Department (NYPD) spied on a wide range of Muslims within a 250-mile radius of New York City, without any probable cause or reasonable suspicion of illegal activity. Leaked NYPD reports plus a series of Pulitzer Prize–winning articles published in 2011 by the Associated Press, revealed how it all worked: the NYPD used census information and government databases to map ethnic neighborhoods in New York, New Jersey, Connecticut, and Pennsylvania. The maps at times included groups other than Muslims (for example, Syrian Jews and Egyptian Christians), but the NYPD spied only the Muslims in those neighborhoods.

Undercover agents would infiltrate mosques and religious schools. These agents would sit among the Muslims and listen in on their conversations, sometimes engaging them in conversations of their own, all for the purpose of assessing their religious and political views and reporting them back to the NYPD. Inside the mosques, the agents would record the imam’s sermons and statements by congregants. END_OF_DOCUMENT_TOKEN_TO_BE_REPLACED

Continue Reading More Security Does Not Require Less Freedom: The Case of the NYPD Surveillance Program