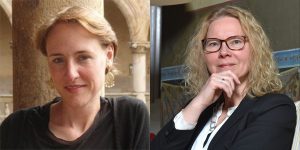 END_OF_DOCUMENT_TOKEN_TO_BE_REPLACED

Continue Reading Böckenförde, Religious Freedom and the Open Neutrality of the State

Similar changes in the world today urge different religious denominations to respond similarly. In recent years it was not uncommon for the Catholic Church and the biggest Orthodox Church—the Russian Orthodox Church (the ROC), all their theological differences notwithstanding, to come to close conservative conclusions in the matters of church-state relations, human rights, religious freedom, and some other key problems of political and legal philosophy.

As their credos presuppose the Absolute—the source of absolute truths and values—it comes as no surprise that both churches demonstrate their distrust with ideas and conceptions based on religious pluralism and ethical relativism which are often associated with liberal democracy.

END_OF_DOCUMENT_TOKEN_TO_BE_REPLACED

There are many laudable statements in “Religious Freedom for the Good of All.”  The document acknowledges the Church must exist in a pluralistic and multicultural society (para. 10), that individual freedom is the birthright of every human being (para. 37), that coercion is not a legitimate means of religious conversion (para. 41), that the existence of “intermediary bodies” (including religious associations) between the individual and the state is crucial for a well-functioning society (para. 52), and that the free exercise of religion should be limited only when the rights of others or the necessities of public order are infringed (para. 79).  These may not be new positions for the Catholic Church since 1965, but they certainly represent real progress in the Church’s understanding of religious freedom across its long (and in the document, carefully-elided) history (see, e.g., para. 27).

The irony is that they are all also quintessential elements of the self-professedly “neutral” secular liberal democratic state that is repeatedly castigated throughout the document. According to the document, the liberal state is (somehow) simultaneously indifferent to religion (and thus responsible for the rise of “religious radicalization”) but also actively hostile to religion (and thus responsible for a “soft totalitarianism”) (para. 4). The heart of the problem, we’re told repeatedly, is the false idol of state neutrality towards religion (para. 5, 62-65, and 86).

END_OF_DOCUMENT_TOKEN_TO_BE_REPLACED

Continue Reading Neutrality and “Religious Freedom for the Good of All”