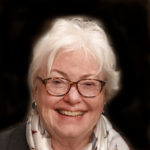 Throughout history, book burning has been a tool wielded by both secular and religious authorities in efforts to suppress minority views perceived as threatening to the prevailing order. The Old Testament recounts King Jehoiakim of Judah burning a scroll dictated by the prophet Jeremiah stating that Babylon would destroy the land. Chinese Emperor Qin Shi Huang burned books and buried scholars who he believed were subversive to his reign more than two thousand years ago. In 1244 in the streets of Paris, 24 carriage-loads of Jewish religious manuscripts were burned by French law officers, alleging they contained passages blasphemous to Christians. In encounters between Europeans and indigenous American civilizations, Mayan and Aztec books were destroyed in the 1500s. English Roman Catholic abbeys and monasteries were stripped of their manuscripts and books by citizens loyal to the Church of England in the 1600s and burned or destroyed. During the Nazi regime in Europe starting in 1933, the government decreed broad grounds for burning books that acted subversively or struck at the root of German thought, the German home, or the “driving forces” of German people.

The First Amendment protects secular and religious books as “free speech” in the United States. Enter Pastor Terry Jones a Florida pastor of Dove World Outreach Center, a small nondenominational Christian church of 50 congregants. Jones gained national and international attention in 2010 for his plan to burn Qurans on the ninth anniversary of the September 11 attacks[1]. He was arrested  as he drove a pickup truck towing a large barbecue-style grill filled with kerosene-soaked Qurans to a park, where Jones said he was planning to burn 2,998 of the Muslim holy books—one for every victim of the September 11, 2001, terrorist attacks.

Official government criticism of his plan was immediate. The President and top U. S. military commanders in Afghanistan condemned Jones’ plans to burn the Qurans. The U.S. State Department called Jones’ threatened protest “provocative, disrespectful, intolerant, and divisive.” U.S. General David Petraeus, the commander of international forces in Afghanistan, said Jones’ remarks were inflammatory and warned about an anticipated backlash that could endanger U.S. troops in the region. President Barack Obama called Jones’ plan a “destructive” and dangerous “stunt” and “a recruitment bonanza for Al-Qaeda.”[2]

What charges were brought against Jones? His arrest was based on a felony charge of unlawful conveyance of fuel. He was also charged with unlawful open-carry of a firearm, a misdemeanor. Nowhere was it alleged that Jones’ proposed Quran burning was unconstitutional.

Under the First Amendment’s protection of free speech, (1) Jones has a constitutional right to burn Qurans since the government can’t bar burning Qurans simply because they are Qurans—religious literature—or because such burning is seen by some as blasphemous, even though some may be offended by it. (2) Jones can’t, however, burn Qurans while violating laws that apply equally to all conduct regardless of its communicative message or its religious offensiveness. This means he doesn’t have the right to burn Qurans in violation of fire codes (rules that prohibit open fires in brush fire danger zones). Nor does Jones have the right to convey kerosene-drenched Qurans in a way that violates neutral bans on conveyance of fuel (assuming the way he was transporting them indeed violated those bans). Nor does he have the right to carry an unloaded gun in the process. (3) This having been said, if the government selectively targeted him because it was Qurans he was trying to burn, and not garbage or dried leaves, this would violate the First Amendment (“the decision to prosecute may not be [based on] … the exercise of protected … constitutional rights”). See, Wayte v. United States, 470 U.S. 598 (1985).[3]

The burden of proving such selective prosecution, though, is on Jones, and it may be a hard burden to meet. It may well be that if government officials in this locale learn that someone is towing lots of kerosene-soaked material (even if it is a rare occurrence), they would prosecute regardless of the message of the burning, precisely because such behavior seems dangerous.

On April 28, 2012, Jones burned a copy of the Quran, protesting the imprisonment of an Iranian-American Christian Pastor, Saeed Abedini, in Iran.[4] He was fined $271 by the Gainesville, Florida, Fire & Rescue for violating fire safety rules.

There are no federal laws in the United States that forbid “religious vilification,” “religious insult,” or “hate speech.” Perhaps if the government saw these issues as a public-order issue, it might intervene instead of viewing it as a form of private offense merely to a group of believers.

A 1942 Supreme Court ruling describes a “fighting-words doctrine” that might be used by the government to limit free speech. In that case, Chaplinsky v. New Hampshire[5], the Court ruled unanimously that “insulting” or “fighting words,” those that by their very utterance inflict injury or tend to incite an immediate breach of the peace were among the “well defined and narrowly limited classes of speech [which] the prevention and punishment of have never been thought to raise any constitutional problem.” 315 U.S. 568 (1941)
But over the years, later decisions have steadily narrowed the grounds on which the “fighting-words doctrine” can be applied.

Masterpiece Cakeshop: And the winner is … pluralism?

Disproportionality of Anti-Extremist Measures: The Case of Faizrakhamanists in Russia