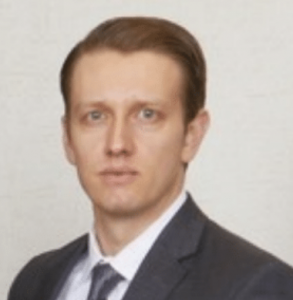 Anton Sorkin is an employment attorney in Atlanta, Georgia, and a doctoral candidate at the Emory University School of Law

“If we should weep when clowns put on their show,
If we should stumble when musicians play,
Time will say nothing but I told you so.”

The COVID-19 pandemic has introduced us all to a common experience. Whether it’s through our means of income or the daily disturbance of patterned existence, our lives have been put on pause for a period that feels almost indefinite. Widespread orders have forced believers to gather online – challenging not only the communal function endemic to the life of the church, but also its mandate to love the neighbor through acts of proximate charity. Predictably, this situation has triggered a host of legal issues surrounding exemptions for “essential business or operations,” and raised profound metaphysical queries regarding equal treatment and the psychology behind essential versus non-essential services. In his piece at the Mirror of Justice, Professor Marc DeGirolami keenly observes the nature of our disagreement as an extension of our varying conceptions of “the good” in relation to human activity:

If one’s view is that all of the true goods of religious observance can be obtained individually, at home, in solitary prayer in front of a screen, then one will think that distinguishing between churches and liquor stores—treating the goods of the human activities that these places foster unequally—is perfectly justified.

The danger is clear: if states continue using blunt restrictive measures that undermine the essential functions of local religious communities, we will continue to see a bitter winter marked by civil disobedience among the clergy.

More broadly, the pandemic has beckoned churches to vigilance and perseverance – mindful that their faithful service has not been put on hold just because their evangelical privileges have been diminished. Just like the servant in Matthew 25 who received his share of the five talents, the church is called to faithful service by bringing five more.

This discontent is also driven by a deeper truth often missed by proponents who prefer that churches pattern their behavior to secular expectations. Religious communities remain among the few autonomous vestiges of intermediate associations that stand to check the reach of administrative oversight. In 1953, Robert Nisbet chronicled this disintegration of the communal form by observing how the decline led “remorselessly to the isolation of the individual, to the shattering of the man-God relationship, and to the atomization of personality.”[1] This history helps put in perspective the struggle against government restrictions that tinker with the ordered existence of religious communities and their freedom of religion.

For its part, religious liberty predates the founding of this nation and gives it its distinction and vitality.  While some remain persistent in their hermeneutics of suspicion when viewing the value of religion in society, others have sat on the shoulders of giants and seen the landscape for what it really is. In his astute observations, Professor John Witte Jr. denotes the importance of religious liberty and its concomitant function to many rights downstream, arguing that “[r]eligion is too vital a root and resource for democratic order and rule of law to be passed over or pushed out. Religious freedom is too central a pillar of liberty and human rights to be chiseled away or pulled down.” The question then becomes not whether religious organizations can discriminate or whether they should be able to impose a standard of ethics based on the norms of tradition, but to what extent can the government mandate the contours of religious identity by neutering religion in accordance with the government’s constitutive standards.

At the same time, the romance for in-person gatherings should not be the motivating driver behind acts of civil disobedience, unless it is rooted in “an action that finds its meaning within a collective movement aimed at transforming society.” Writing in First Things, Thomas Joseph White offered a capable rebuke to the hold-out congregations, ably demonstrating the value of peripheral vision within the context of a ministry depleted of its usual influence. Admonishing laypeople to seek a novel spiritual introspection through new obligations that seek to “find God outside the sacraments in their own interior lives,” White calls Christians to preach hope and discover new ways to be grateful for what they have rather than disdainful in the face of what they lack. By embracing a realism based on the contextual needs of the moment, White capably argues for the discovery of new modes for loving our neighbor and retaining our own spiritual sanity.

With this tragedy comes the opportunity for a new reparative thesis. A new form of social engagement that inverts the usual instinct toward self-interest. A chance for introspection regarding the role of the church and its place in society as an institution beholden to the law – and, yet, separate and apart. An occasion for finding new methods for the church to fulfill its spiritual mission without exacerbating its “crisis of legitimacy” through acts of callous indifference or needless disobedience. Simply put, to bear its “share of the burdens of immediate situations.”[2]

First, this is an opportunity to test the mettle of religious conviction at home and in the daily engagements with others through the force of courage and the sensible undertaking of being our brother’s keeper. A struggle to transcend the self through the process of social responsibility and to embrace an “increasingly weary isolation in order to be committed to our common good.” This fight across the horizons of our mutual affections impact the sectors of our economy and common humanity in different ways – requiring novel tactics to meet the pressing concerns of communities of need. As such, the church must embrace a spirit of adaptive imagination in this time of great uncertainty, as it continues to find an avenue to preach the mystery of the Gospel.

Second, churches should learn to temper their resolve for in-person gatherings, without abandoning their role in keeping the government accountable for its imposed measures.While victory came when the Department of Labor issued its guidelines aimed toward the promotion of religious liberty and the restoration of our spiritual communities, events like this should not be used as an opportunity for egoism. Instead, churches should strive to seek a proportional response between the religious liberty framework provided to them under the Constitution and the scientific communities’ advice regarding public health. Churches must find a balance between the Pastoral role of spiritual first responders and the health concerns of neighbors: matching both the spiritual and the physical needs of others (see Luke 5:17-26).

To this end, churches should support laws narrowly drawn to protect the public health, while ratcheting up their local presence as the indispensable institutions for community well-being. If government and courts have any role in this pandemic, it is ensuring that political aims do not become the motivation behind expedient means that devastate the centers of cultural life and economic well-being of society. Measured aims can be achieved by targeting centers of need through widespread testing and mindful deference to subsidiary principles of local governance. While coordinated measures from on-high are necessary in certain areas, churches should not be left indebted to the whims of state managers when they remain a viable resource for the adaptation of local resources to meet ad hoc needs.

Third, churches must move toward a common goal for widespread convalescence, while seeking to increase their social capital. As Russell Shaw wrote, Christianity, as a global family, must hone its response toward “seek[ing] divine assistance while simultaneously calling on the largely unrealized resources of human solidarity.” So far, while strained and at times broken, some churches have stepped upto meet the economic and spiritual needs of others. Organizations like the AND Campaign in Georgia have mobilized to direct its resources toward the needs of low-income urban churches. An Amish community in Ohio teamed up with the Cleveland Clinic to run an operation for the manufacturing of protective equipment.Churches in West Virginia’s coal country spent their Easter using 3-D printers to make face shields and producing other personal protective equipment for health-care workers. The LDS Church partnered with longstanding charitable organizations to provide basic supplies for countless global communities. And, Christian academics have used their craft to meet the psychological concerns of vulnerable communities by advocating for their safety and fellowship in prominent outlets. All this contributes toward a constructive engagement by communities of faith toward rebuilding its image as a “servant to all.”

Finally, churches should continue to pray. Not only for those inflicted with the virus and its collateral cost, but for our leaders in this time of great uncertainty to make sound, reasoned decisions that save lives and regenerate the economy. This is not a time to ride the bandwagons of partisan sloganeering lest we become the stumbling blocks that Jesus warned about during times of great tribulation. Instead, let us alleviate this stress by pursuing those things that make for peace among men and let the election handle itself.

[2] Reinhold Niebuhr, The Christian Church in a Secular Age, in Major Works on Religion and Politics737 (Sifton ed., 2015).

COVID-19 Crisis, Human Dignity and Freedom of Religion or Belief

Religious Freedom in the Age of Coronavirus: Legal and Non-Legal Strategies for Finding Community and Hope