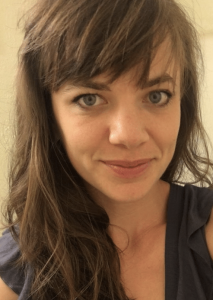 Beginning inthe earliest weeks of the pandemic, America’s slaughterhouses have been a flash-point both for outbreaks of the coronavirus and for public anxiety. Industry leaders offered dire warnings of meat shortages as, predictably, COVID-19 clusters began to erupt at slaughterhouses around the country. The working conditions in meat plants were ripe for disease to spread rapidly: thousands of workers standing shoulder-to-shoulder on the disassembly line; crowded locker rooms, dining halls, and bathrooms; windowless buildings. Yet when the first slaughterhouse was shut down because of an outbreak – a Smithfield pork plant in Sioux Falls, South Dakota – cries for meat plants to stay open grew louder. Although there were slowdowns across the food system, with shortages of eggs, milk, produce, and canned goods, none seemed to evoke such an emotional response from the public as the threat of meat shortage.

In response to this public outcry, as well as to industry pressure, the federal government acted to grant further latitude to an industry already operating according to its own set of rules.At the end of April, Donald Trump invoked the Defense Production Act to allow slaughterhouses to stay open in spite of state-specific mandates. The Occupational Safety and Health Administration also released a new set of health directives for the meat industry, instructing corporations that as long as they followed safety guidelines “if feasible” within their plants, they would be legally protected against litigation in the event that workers became sick or died. Together, these shifts have allowed plants not just to stay open during outbreaks but also to opt out of health guidelines that would interrupt productivity. This bold expansion of slaughterhouses’ already-exceptional status during a time of crisis reflects more than just their economic importance; it reveals the complex role they play in the American imagination.

Slaughterhouses serve as potent symbols of American productivity, profitability, and abundance. This has been the case since the very first industrial slaughterhouses were developed at Chicago’s Union Stockyards in the wake of the Civil War. Tourists flocked to see these ur-factories, streaming in to watch as workers killed up to 8,000 hogs a day. Their scale, their efficiency, and their ability to transform something as elemental as flesh into an industrial product made them appear to contemporary observers to be harbingers of a new era, one in which American industry was ascendant. Key to the allure of this new mode of mass killing was its hermetic containment. It took the bloody work of killing, a nagging reminder of our own animality, and contained it. Tourists could chooseto see animals killed, but they no longer had to worry that they might turn a street corner and accidentally glimpse a butcher with his knife held to an animal’s throat.

The wars of the 20th century only served to reinforce the association between slaughterhouses and a vision of industrial abundance. In the decades that followed the first world war, regulators sought to centralize and streamline the meat industry so that it could be reliably deployed to feed an army. Although meat production is no longer focused on feeding a wartime army, public rhetoric around it during the coronavirus pandemic has been saturated with militaristic pride. It shouldn’t surprise us that Donald Trump invoked a law typically used to mobilize munitions production during wartime to keep slaughterhouses open during the pandemic. To close our slaughterhouses would be to “surrender” to the virus. Vice President Mike Pence has called meat workers “heroes,” and Secretary of Agriculture Sonny Perdue has publicly thanked “patriotic meat processing facility workers” for their service to the country.

Yet around the edges of this lofty rhetoric – rhetoric that casts workers as self-sacrificing patriots, footsoldiers against the coronavirus – the ragged threads of a competing logic are visible. Wisconsin’s Supreme Court Chief Justice downplayed the importance of coronavirus outbreaks in her state, saying that it was just meatpacking workers, not “regular folks,” who were contracting the virus. Health and Human Services Secretary Alex Azar also brushed aside outbreaks at slaughterhouses by suggesting that they were likely caused by the “home and social” behavior of workers, not their working conditions. These moments and others like them were not simply slip-ups, embarrassing moments of political incorrectness; they signify a more complicated logic around slaughter that Americans have internalized. At moments of crisis, slaughterhouses are held up as symbols of American industry and resilience. But they are also mechanisms of containment for the dirty work of killing, work which is thrust into the hands of workers too often considered somehow less-than American.

Operating outside of the public gaze, slaughterhouses have come to exist as carefully carved-out zones of legal exception within which violence against animals and exploitation of workers – many of whom are people of color and immigrants – is rendered licit. Animals are abused. Injured workers are forced to stay on the line. Employees are denied bathroom breaks and sick leave. Undocumented employees are threatened with deportation. The scant protections that exist for workers and animals within the walls of the slaughterhouse are easily circumnavigated by management and dismantled by industry lobbyists. Until recently, USDA restrictions capped kill speeds at the already-breakneck pace of 1,106 hogs an hour. Those restrictions were liftedcompletely last fall, with the USDA announcing that the industry would now be trusted to self-regulate line speeds.

Within the span of the pandemic, over 200 meat workers in the United States have died. Tens of thousands have become sick. Even with every “feasible” protection in place, workers have reported being discouraged from reporting symptoms, being misled about infection rates in the workplace, and being asked to work under blatantly unsafe conditions. Smithfield CEO Kenneth Sullivan, when faced with criticism from democratic senators for prioritizing productivity over workers’ health, insisted that his company and other industry giants bore little responsibility for the risks posed to their workers under coronavirus or for the inflexibility of their models. “Our plants are what they are,” he wrote in an open letter, implying that slaughter organically and inevitably evolved to the form in which we see it today.

The truth of the matter is that there is nothing inevitable about how slaughterhouses developed in America. Two centuries ago, the act of slaughter was woven into public life, with animals killed as-needed on street corners and city squares, and in butcher’s shops and barnyards. But as urban reform movements coalesced during the 19th century – and as Americans’ appetite for meat rose – public sensibilities around violence began to shift. The modern slaughterhouse was developed to hide the sight of mass killing from the eyes of the civilized public. Over the 20thcentury, the meat industry has continued to envelop itself in increasingly elaborate layers of secrecy, consolidating slaughter into fewer, larger plants and gaining more license to self-regulate within those plants. Just in the last decade, a spate of so-called “Ag-Gag laws” aimed at silencing whistleblowers within the industry have given this secrecy legal teeth. In historian Paula Young Lee’s words, the modern industrial slaughterhouse has in many ways become an “an anti-monument,” a potent negative space which Americans have trained their eyes to look around and through.

Like so many spaces that are set-apart – made sacred in the ancient sense of the word – the slaughterhouse has proven its ability to both attract and repel. And as with other liminal spaces like prisons, military bases, and immigration detention centers (all of which have also been rife with coronavirus outbreaks), the American public has seemed to uneasily accept slaughterhouses as an unchangeable part of our nation’s infrastructure. “Our plants are what they are”: Sullivan’s words may not describe a historical reality, but they sharply portrait a social reality.

Just as there is nothing inevitable about how slaughterhouses have evolved, there is nothing inevitable about their trajectory in the years to come. Outbreaks at plants, along with shortages in the supply chain, have rendered the messy work of killing and the exploitation that enables it to churn on in spite of a pandemic more visible than it has been in decades. Americans are now confronted with a choice. We can choose to look, and if we don’t like what we see, we can demand change. For now, these plants are what they are, but they don’t have to remain that way.

Existing for Others in Times of COVID-19