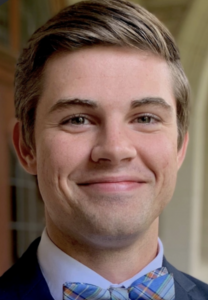 Zachary B. Pohlman is a third-year law student at the University of Notre Dame Law School

Regular in-person gatherings at churches, synagogues, mosques, and other places of worship came to a grinding halt in mid-March. Six months later, religious attendees are returning to the pews—but in significantly fewer numbers.  Whether churchgoers ultimately return to their pre-pandemic levels of in-person worship remains to be seen.  Regardless of whether they do, the coronavirus-induced, steep decline in church attendance—even if only for the short term—could have lasting effects for how we conceive of “churches” from both external and internal perspectives. That is, how we understand churches as both a legal and religious matter could be shaped by the unique challenges presented by the pandemic. (For purposes of this blog post, “churches” refers to houses of worship of all types, including churches, synagogues, mosques, and temples.)

As a legal matter, it has never been easy to pin down what exactly should count as a “religion” or “church.” Coronavirus only complicates things further. Despite the prominence of the First Amendment’s religion clauses in law and society, definitional disputes over these terms have not been litigated first and foremost as a matter of constitutional law. As former IRS Commissioner Jerome Kurtz noted, “Our tax law places the I.R.S. near the forefront in making delicate decisions involving the definitions of ‘religion’ and ‘church’ . . . .” That’s because churches enjoy a number of tax benefits beyond those enjoyed by all other 501(c)(3)’s.  The IRS is thus left with the task of deciding what counts as a church for tax-benefit purposes—decisions it makes using a flexible fourteen-factor test.

In a forthcoming article, Lloyd Mayer and I embrace an alternative “congregational approach” for defining what counts as a church in the tax-benefit context. Under that theory, churches are defined as institutions that hold “regular, in-person gathering[s] of individuals to engage in worship and other communal religious activities.” And this approach is followed in at least one federal circuit court and in the tax court. To be sure, the congregational approach raises many issues beyond the scope of this blog post. I’ll focus one aspect of our definition: What happens to the congregational approach during a pandemic?

Offered as an alternative to the mushy fourteen-factor test, the congregational approach is supposed to be a bright-line, easily administrable rule to decide what counts as a church. Do exigencies—coronavirus serving as the case in point—doom the potential efficacy of the congregational approach? Or is this merely one more installment of the perpetual battle between rules and standards? Applied strictly, of course, many churches would not qualify as such because in-person religious gatherings were suspended.

To complicate the situation further, consider that in some places, the government barred all in-person religious gatherings at houses of worship. In other places, churches voluntarily suspended public religious services to help prevent the spread of the virus. Irrespective of how it came about, the result was the same: churches were no longer holding regular, in-person gatherings to engage in communal religious activities. Under the congregational approach, should such institutions remain churches under the tax code?

Yes—but with this caveat. So long as a community of religious believers intends to hold regular, in-person religious gatherings, transitory crises that make in-person gatherings impossible should not cause a church to lose its status as a church for tax purposes. The test for measuring intent is easy enough: if the congregation met regularly before the transitory crisis, we’ll presume it will continue to do so once the crisis passes. The focus on objective intent furthers the goal of an easily administrable, rule-based approach to deciding what should count as a church.

Moreover, this exception to the general rule should apply regardless of whether the shutdown is government or church imposed. Maintaining the general congregational approach with a short-term exception for pandemics and other exigencies accomplishes two things doctrinally. First, it retains a rule-based model, which should help clarify which nonprofits count as churches under the tax code. And second, it keeps the definition of what counts as a church narrow.  For example, a minister delivering a weekly online sermon to thousands of virtual viewers would not constitute a church even under the exception, if those viewers had no intention of gathering in person.

The law might recognize that in-person gatherings—or, in a pandemic, the intention to gather in person—is an essential component of what means to be a church.  But will churchgoers themselves?

From a religious perspective, the virus-induced shutdown of in-person religious activities may in fact cause religious believers to rethink the importance of liturgy and ritual and community to what it means to be a church.  Put another way, as a result of the months-long hiatus from in-person worship, it’s possible that religious believers may begin to think of “church” as something separate from that which has historically and (for many religions) theologically been necessary to constitute a church—namely, in-person liturgies and gatherings.  In my own experience, “attending” Sunday Mass during the early months of the pandemic took on a whole new meaning. Rather than praying with my fellow parishioners and receiving the Eucharist, my wife and I tuned into Mass via laptop and made a spiritual communion. Don’t get me wrong—we’re grateful that we were able to participate in the source and summit of the Christian life from afar. But it was certainly different.

Our pandemic experience was, I’m sure, similar to that shared by believers of all faiths. And like many others, we’re overjoyed to be able to return to in-person religious activities in a coronavirus-conscious way. Yet the pews aren’t as full as they used to be. And one has to wonder if they ever will be. Is it possible that this new normal lingers and becomes the, well, not-so-new normal?

In a recent and characteristically thoughtful video, Bishop Robert Barron describes the central role that liturgy and ritual play in Christian life.  (And I suspect other religions value in-person services similar to those I attend as a Catholic.)  He urges Christians, though his message is broadly applicable, to resist the temptation to revert to a sort of Kantian-based conception of religion, wherein religion is reduced to ethics.  In modern parlance, this view is often couched as “it doesn’t matter what you believe or how you worship, as long as you’re a good and decent person, that’s all that matters.” The Bishop’s fear, one I share, is that because coronavirus has moved religious services from churches to living rooms, aspects of religion and church life previously thought inviolable—liturgy, ritual, community among them—may seem less important when the rest of everyday life returns to normal.

Bishop Barron focuses primarily on how ritual orients us to God, and he thus makes the case for returning to church to participate in full liturgies. I’ll focus on one other aspect of the importance of in-person religious services: community.   In my own Christian tradition, a “church” has never been understood to be merely a physical building. Rather, the Church is properly a community of believers. Indeed, Jesus tells us that “where two or three are gathered together in my name, there am I in the midst of them.” There’s thus something integral, something special about in-person community worship to the religious life—something that can’t be simulated through a screen.

But even beyond the strictly theological, churches—and religious congregations of all faiths—provide a source of community unparalleled by nonreligious groups.  Church communities are unique in that every member is united by certain shared fundamental answers to life’s most pressing questions. Formed by friendships built upon such a foundation, it’s no wonder that church communities are often closely-knit. Personally, my closest friends are those with whom I can engage on a spiritual level—and whom I see in the pews at Mass. Following months of isolation, which has led many to experience loneliness and even despair, reinvesting in our local communities will be an important if not necessary element in the return to normalcy. Churches are certainly a good place to start.

As for me, I’m hopeful that as churches reopen, churchgoers will return to if not exceed pre-pandemic levels of engagement—both by attending liturgies (safely) and by fostering flourishing communities. If ever there was a time for a resurgence in church attendance and a culture that truly values religion and religious liberty, this is it. At least I so pray.