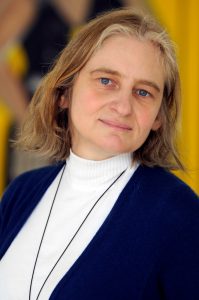 Mary Anne Case is Arnold I. Shure Professor of Law and a board member of the Center for the Study of Gender and Sexuality at the University of Chicago

In his March 27, 2020 extraordinary message Urbi et Orbi, Pope Francis insisted that the time of coronavirus was “not the time of [God’s] judgement, but of our judgement: a time to choose what matters and what passes away, a time to separate what is necessary from what is not.” The injunction “to seize this time of trial as a time of choosing” offered by the Pope came at what may have been a providential time for egalitarian Catholic women’s movements.  As the pandemic closed church buildings worldwide, and both the women and the priests went home and on line, the effect was to energize and unite the former while isolating the latter.  As priests celebrated mass alone, women organized worldwide mixed sex, women-centered participatory Zoom liturgies, and worshipped in house churches and in communities of nuns without benefit of clergy. The choices made during the pandemic may have lasting consequences for both the clergy, who may find it increasingly difficult to overcome their isolation and reconnect with their flock, and the women and their supporters, who seem increasingly disinclined to go back rather than forward.

Two video images capture for me the stark choice offered to Catholic feminists in this time of choosing. The first is of Pope Francis, alone in the middle of a vast, fenced-off, rain-drenched St. Peter’s Square delivering the afore-mentioned Urbi et Orbi blessing to the city of Rome and to the world. He is flanked by a holy icon of the Virgin and a crucifix, and accompanied only by a handful of male clergy. The singing that accompanies him consists exclusively of male voices, reminding the listener of longstanding bans on women’s singing in church. Visible in the distance, pressed up against the gates, are a small number of the faithful (or merely curious) sheltering under umbrellas. This brought back the memory of other occasions when women were literally as well as figuratively fenced out. For example, in 2018, during the Synod on Young People, the Faith and Vocational Discernment, several dozen women and men protesting the failure to grant voting rights to any woman at the synod stood outside the gates that led to the synod hall, chanting  “Knock, knock.” “Who’s there?” “More than half the church.” Their protests attracted the direct attention of more police than synod fathers.

But the protests were also emblematic of what appears to be an increasing juridification of demands for women’s full inclusion and equality in the Church, in which pleas of long standing have explicitly become rights claims, not only for votes, but more generally for “equal access of women to all offices and ministries of the Church.”  The myriad groups raising such claims range from the Women’s Ordination Conference, founded in 1975 and the organizer of the 2018 protest for synodal voting rights, to Maria 2.0, founded in Germany in 2019 by women active in their parishes, who, together with men, organized boycotts and demonstrations intended to show how much churches depended on their continued participation. Listing even a representative sampling of such organizations exceeds the scope of this blog post, but it is noteworthy that many of them in November 2019 joined the newly formed Catholic Women’s Council, “a global umbrella group of … networks working for the full recognition of the dignity and equality of women in the Church,” itself a culmination of years of more diffuse but increasingly insistent worldwide activism. And, of course, in addition to groups centered on women, there have  long been many groups of progressive Catholics focused more broadly on reform and inclusiveness in the church.  Again, to list even a representative sample is not possible, so by way only of example, let me mention FutureChurch, which, in addition to many other initiatives around inclusiveness, has its own YouTube channel and is the sponsor of the video series Catholic Women Preach, showcasing a diversity of women preachers since 2017.

As FutureChurch’s video lectures and devotional videos demonstrate, progressive Catholic groups had an online presence long before covid. The pandemic, however, seems to have inspired a broadening and deepening of this presence. This brings me to my second image of Catholic faith in the time of covid, the image of the choice made by many Catholic feminists to worship together in liturgies removed from clericalism. It is a by now familiar image of a Zoom checkerboard screen, this one’s tiny squares filled with the faces of several hundred participants in a woman-centered liturgy; predominantly women, but of all sexes; predominantly lay, but including both conventionally ordained men and members of Roman Catholic Women Priests; of all ages and from all corners of the globe, joined together in communal worship.

These Zoom liturgies helped Catholic feminists mark the usual high points in the Catholic liturgical year such as Easter and Pentecost from a perspective centered on women’s central contributions to salvation history.  But they in addition marked out a supplementary liturgical year of women’s feasts on which women’s past contributions could be celebrated and seen as the foretaste of future contributions to be prayed for by those assembled. Thus, for example, the Indian Women Theologians’ Forum invited the world to a celebration of the Liberative Leadership of Mary Magdalene on her recently instituted feast day of July 26. And an American planning team supportive of the ordination of women to the Catholic diaconate organized a Zoom prayer service for more than 500 people from around the world to celebrate the September 3 feast of St. Phoebe, identified as a deacon by the apostle Paul in Romans 16.

To the extent that Catholic liturgy is officially divided into the Liturgy of the Word and the Liturgy of the Eucharist, the specific feminist liturgical events mentioned above stayed squarely within the former, featuring readings, prayers, preaching, and song. Since Mary Madgalene was first tasked by the risen Christ to preach his resurrection to the Apostles, these have been elements of the liturgy for which Catholic women were most likely to be seen as apt.  They are also the elements at which male Catholic priests are often seen to come up short, with the faithful often remarking that what they miss least about a covid enforced absence from mass is bad homilies. By contrast, the Catholic Eucharist is seen to need a priest to perform consecration of bread and wine, with covid therefore imposing what has been characterized as a Eucharistic fast on the lay faithful. Yet, it may be a small step from pandemic inspired bread baking to the sharing of a meal as part of a worship gathering in the home, in community, or on zoom.

The Eucharistic fast imposed by covid has reminded Catholics of the more lasting fast imposed on regions, such as the Amazon, where priests are scarce. In these regions, women not only bake bread, but serve as Eucharistic ministers in the absence of ordained men. Catholic feminists were initially hopeful that the recent synod on the Amazon would recognize and validate the work of such women, but post-synodal documents were disappointing in this regard.

In the developed world, the pandemic has freed women to turn away from some of their quotidian labor in the churches (without having to announce a strike along Maria 2.0 lines) while strengthening not only small house churches, but virtual liturgical communities where active female participants are not merely passively watching male celebration of Mass. To what extent will those who have found alternate spiritual outlet during the pandemic return to the pews of their parishes when it is safe to do so, and in what spirit will they do so?

The Vatican has not helped the cause of a return to the status quo ante with major pronouncements not directly related to coronavirus issued since lockdowns began. The Congregation for the Clergy’s July instruction on “pastoral conversion of the parish community in the service of the church’s evangelizing mission,” attracted criticism from reform minded clergy and laity throughout the world for entrenching “a priest-controlled vision of parish community.”  The Congregation for the Doctrine of the Faith further excluded and clericalized with its ruling that baptisms using the plural “we baptize you” rather than the singular “I” (referring only to the priest) were invalid notwithstanding an intent “to express the participation of the family and of those present, and to avoid the idea of the concentration of a sacred power in the priest to the detriment of the parents and the community.” And advance publicity for Pope Francis’s forthcoming encyclical “Fratelli Tutti” led to a firestorm of protests and petitions for more inclusive language, on behalf of women who, while acknowledging the title was an untranslated quotation from Francis of Assisi, nevertheless felt profoundly excluded by calls simply to “fraternity” among what even many English translations were calling simply “Brothers All.”

These recent messages increase the likelihood that covid may weaken the institutional Catholic church even as it strengthens communities of believers.

Prisoners of an Image Secularization as an Epidemic