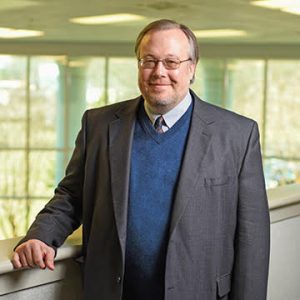 Jeffrey B. Hammond is Associate Professor of Law at Faulkner Law 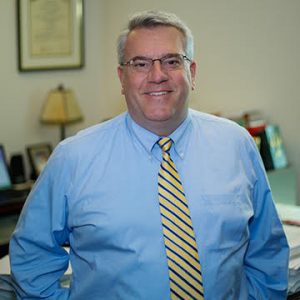 In the United States, governments’ responses to the COVID-19 pandemic have brought into focus conflicts between religious liberty and public health objectives and directives. State and local governments have utilized familiar and long-established public health measures to combat this pandemic, including orders mandating business closures, isolation, quarantine, testing, and contact tracing. These measures have had significant effects on religious believers and their places of worship. Apart from these public health orders’ disruption on routine worship assemblies, the orders have disrupted other important religious services, including baptisms, Eucharistic celebrations, weddings, funerals, last rites, and pastoral counseling.

Many jurisdictions have enforced these measures even-handedly against sacred and secular institutions, and some governments have displayed sensitivity to the unique concerns of faith communities. In some instances, however, cities and states have adopted overly restrictive measures or enforced them unequally against religious institutions. In one case that reached the Supreme Court this summer, the Court denied a church’s application for injunctive relief against the governor of Nevada’s order allowing the state’s casinos to open at 50% capacity, but allowing churches to open to no more than fifty total people. In Calvary Chapel v. Sisolak, the church urged that it be allowed to host 50% of its building’s capacity, with appropriate distancing and other protective measures in place. The church’s application for an injunction was denied. Justice Gorsuch concluded his one-page dissenting opinion with the following assessment:

[T]he First Amendment prohibits such obvious discrimination against the exercise of religion. The world we inhabit today, with a pandemic upon us, poses unusual challenges. But there is no world in which the Constitution permits Nevada to favor Caesars Palace over Calvary Chapel.

Because Employment Division v. Smith permits state and local governments to apply neutral laws of general applicability that burden the free exercise of religion, First Amendment challenges to these public health measures are limited to those claiming unequal treatment and targeting of religion. Nevertheless, the actions of the federal government must satisfy the strict scrutiny standard imposed by the Religious Freedom Restoration Act of 1993, and the actions of many state and local governments are subject to similar standards under state constitutions or statutes.

Conflicts between religious freedom and public health measures are not new in America. Indeed, the design reflected in state constitutions assumes that such conflicts will arise. While these constitutions recognize that governments will secure the rights and liberties of the people, they also declare that governments exist for the peace, safety, and wellbeing of the people. State governments thus possess the police power, the authority to provide for common goods like public health, safety, order, and morals. Consequently, government efforts to promote the public’s health will generate conflicts with the rights and liberties of the people.

The conflict between personal liberty and a public health measure was evident over a century ago in the Supreme Court’s decision in Jacobson v. Massachusetts. In Jacobson, the Court considered Mr. Jacobson’s challenge to a Massachusetts law that authorized municipalities to mandate smallpox vaccination. When the city of Cambridge required adults to be vaccinated, Jacobson refused and was fined. He argued that Massachusetts law violated liberty secured by the Constitution. The Court disagreed, determining that the local ordinance was a reasonable exercise of police power and that Jacobson’s liberty was subjected to reasonable restraint for the common good.

The size of governments in the United States grew over the ensuing century, and they reached into nearly every facet of life and society. This is evident in the proliferation of federal, state, and local administrative agencies that distribute benefits and regulate activity, including activity affecting the public’s health. During much of the 20th century, the mission of public health was focused upon the control and prevention of disease and injury, and efforts of public health authorities led to many significant achievements, including effective vaccinations, safer foods and vehicles, fluoridated drinking water, cleaner air and water, and safer workplaces. Conflicts between public health and religious liberty were limited and readily accommodated. For instance, many jurisdictions granted religious and philosophical exemptions to mandatory vaccinations to accommodateonscience concerns.

Over the last few decades, however, public health advocates have sought to expand the scope of public health. The new public health points to various personal, social, economic, and environmental factors, and it urges that the reach of public health includes addressing these “determinants” of health by, among other things, combatting poverty, expanding educational and economic opportunities, ameliorating racial and gender inequalities, and confronting crime, violence, and social disorder. These advocates resist the core ideals of classical liberalism (individualism, freedom, self-discipline, personal responsibility, and limited government) and emphasize instead collective interests, social accountability, and government intervention. And even as they pit the public’s health against the individual and her rights, including religious liberty, they contend that science and the public good support the expanded reach of public health and their more robust undertaking.

In the context of this pandemic, the scope of government power and activities, now matched by an expanded scope of public health, brings religious liberty into conflict with public health once again but now on a much greater scale. The public health cause, advanced by powerful government forces, propped up by vacillating and even conflicting scientific opinions, and fueled by fears and politics, has overwhelmed the liberties of religious believers and institutions. With great deference and respect, believers and religious bodies have largely complied with government intervention through mandated closures and conditions imposed to reopen services, even though these closures and conditions have restrained the free exercise of religion. Indoor services, and even outdoor services, have been prohibited. When permitted to meet indoors, occupancy has been limited, masks and social distancing have been required, singing has been banned, and government agents have been present to monitor.

While churches have been sidelined, other public gatherings have been allowed. One well-known evangelical church, Capitol Hill Baptist Church in Washington, D.C., has faced untenable restrictions upon the size of their worship services, even though the District’s mayor has permitted and encouraged sizeable gatherings to protest racial injustices. When pressed on the matter, Mayor Bowser said, “‘First Amendment protests and large gatherings are not the same’ because ‘in the United States of America, people can protest.’” To the extent that the new conception of public health understands race as a determinant of overall health and well-being, it makes sense that governments would allow large demonstrations to protest injustices that hinder the flourishing of racial minorities. However, government officials, including Mayor Bowser, have seized the pandemic as an opportunity to sanction, and even favor, one type of First Amendment activity to the detriment of another, without providing a solid explanation for the differential treatment. But the most central harm to religious institutions could be to their autonomy and their ability to pursue their core missions according to their sacred texts and theology because government authorities have restricted their religious exercise and undercut their viability.

There is no doubt that the coronavirus pandemic required governmental response, and officials, public health authorities, and many private individuals and institutions have stepped forward to protect their communities. However, such government intervention is a double-edged sword, and its impact on the religious liberty of individuals and institutions should not be minimized. We should recall the words of the Williamsburg Charter, adopted in commemoration of the 200th anniversary of Virginia’s call for the Bill of Rights. It states: “Less dramatic but also lethal to freedom and the chief menace to religious liberty today is the expanding power of government control over personal behavior and the institutions of society, when the government acts not so much in deliberate hostility to, but in reckless disregard of, communal belief and personal conscience.”

Over the last six months, Americans have witnessed both disregard and deliberate hostility to communal belief and personal conscience by our governments. But we have also witnessed examples of sensitivity to and profound respect for faith communities and religious believers. We must remain attentive to government interventions, even when they are in the name of public health, for the encroachment of public health activities on religious liberty may be too easily established, too readily justified, and too enduringly tolerated.