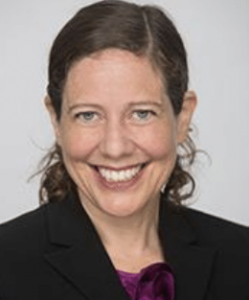 The coronavirus pandemic led to an unprecedented shutdown of the United States. To stem the spread of the highly contagious pathogen, much of the country shut down for at least a month in April 2020, with the vast majority of governors ordering people to stay at home as much as possible.

The emergency regulations usually included a ban on large gatherings, such as any in-person gathering of more than ten people. Although some states exempted worship services, others did not. Churches sued, arguing that these bans violated their Free Exercise Clause rights by treating worship services more strictly than analogous activities that were not banned, such as shopping at a supermarket or superstore—allowed as essential services.

This short essay examines these claims, concluding that the constitutionality of the bans turns on the science of how the pathogen spreads, and that the best available scientific evidence supports the mass gathering bans.

I am wary of lowering constitutional scrutiny, even during a devastating pandemic. It makes it too tempting for the government to use the emergency as a pretext to limit rights. Instead, the current doctrine articulated by Employment Division v. Smith should control. Under Smith, government regulations that are neutral and generally applicable do not violate the Free Exercise Clause, even if they do limit people’s ability to practice their religion.

An order is neutral if it does not target religion,and it is generally applicable if it applies broadly to the relevant population. While neutrality and general applicability are separate inquiries, the two issues are interrelated.

The neutrality requirement is meant to capture discriminatory targeting of religion. According to the Supreme Court, the touchstone of neutrality is whether “the object of [the] law is to infringe upon or restrict practices because of their religious motivation.”[1]

If the true secular counterparts are other mass gatherings, then there is no discrimination: No hostility toward religion can be gleaned from banning all gatherings of a certain size, whether they be in schools, museums, movie theatres, restaurants, sports arenas, gyms, or houses of worship.

Many churches disagree as to which activities amounted to secular counterparts—an issue the next section discusses in depth. Even assuming some dissimilar treatment of similar conduct, it is still an open question whether all deviations amount to discrimination against religion. To allow all mass gatherings except religious worship inexorably leads to the conclusion that the point of the law was to burden religious exercise. It is harder to draw that conclusion when not only religious gatherings are banned, but a long list of secular gatherings are banned as well, even if a few secular counterparts are still allowed. In sum, because mass gathering bans are not motivated by intentional targeting of religion, they are neutral.

General applicability is another way to ferret out discriminatory treatment of religion. The idea is that “government, in pursuit of legitimate interests, cannot in a selective manner impose burdens only on conduct motivated by religious belief.”[2] That is, the government cannot accomplish its goals at the expense of religious organizations alone. When religious conduct must bear the cost, but not secular conduct that “endangers [the government’s] interests in a similar or greater degree,”[3] a law is not generally applicable.

Churches argue that this is exactly what happened under the shut-down orders, which barred worship services while myriad other comparable activities, like shopping at grocery, garden, and box stores, were permitted.  Nonetheless, these activities are distinguishable.

The activities may or may not be distinguishable in terms of essentialness. Some courts have argued that the exempted activities were essential in the sense that people could not do without them. For example, a few courts have argued that the exempted activities like food shopping are essential to survival in a way that church is not. This conclusion arguably embeds a contested value judgment about what is essential to human flourishing. To valorize physical needs over spiritual ones may not adequately express everyone’s priorities.

Other courts have argued that the exempted activities are essential in the sense that there are no alternatives available. We must eat, yet most of us cannot grow our own food and therefore must purchase it from a supermarket. For those who must worship, alternatives to in-church services abound. People may pray to God on their own at home or together outside, online, or at drive-in services.  To be sure, the experience is not exactly the same as in-person fellowship, but little in our lives today is exactly the same.

There are rebuttals and counter-rebuttals to both claims. Although people must buy food, why not have it delivered rather than purchase it in person? Of course, that assumes both the availability and affordability of delivery services, which simply may not be the state of affairs for all people and for all stores. At the same time, even if most religions do not mandate that worship take the form of large in-person gatherings, perhaps a few do.

In any event, worship services and activities like shopping are distinguishable in terms of health risk, as the science right now suggests they are not comparable.

Although there is still much we do not know about the virus and its transmission, studies have established that people are contagious even before they exhibit symptoms, and that the coronavirus spreads mainly by person-to-person contact via droplets and aerosols.  As a result, the risks of transmission appear greatest in crowded indoor spaces where people are interacting with each other for longer periods of time. The World Health Organization is now advising people to “Avoid the Three Cs: Confined and enclosed places, Crowded places, and Close-contact settings.”

Singing and speaking also seem to be risk factors.  One of the most notable outbreaks in the United States was traced to a choir rehearsal at a church.  Even though the singers took care to apply hand sanitizer and observe social distancing, 53 out of 61 contracted Covid-19.

In fact, religious services have been the vector for multiple coronavirus outbreaks. One CDC study found that after two positive worshippers attended church events, at least 35 of 92 attendees fell ill, with three dying. Moreover, at least 26 more cases in the community could be traced to the outbreak, with one known death.

No such clusters have been traced to people shopping at stores. The nature of the excursion differs from worship services, and these differences present a lower risk profile.

First, the typical time spent inside is much shorter. When people shop, they generally enter and leave the store as fast as they can. Worship services are extended affairs. A usual Sunday Catholic Mass takes at least an hour, and other services can be even longer: one plaintiff church’s service lasted an hour and forty-five minutes.

Second, people in stores generally try to minimize their interactions as much as possible, a feat made easier by the ability to constantly move around.  In contrast, the point of in-person religious services is to commune with one’s fellow worshippers.  Even when social distancing, congregants are still in an open room, perhaps with questionable ventilation, filled with people all around them. Moreover, the fellow worshippers surrounding them are speaking and even singing for an extended period of time. Not surprisingly, the Johns Hopkins Bloomberg School of Public Health rated the contact intensity of shopping as low and the contact intensity of places of worship as high.

In sum, the current science suggests that crowded indoor spots where people talk, sing, and socialize for an extended period of time are high risk. While that generally does not describe people at their local shop, it does describe religious services. The bottom line, then, is that mass gatherings and shopping are not analogous in terms of risk. Accordingly, mass gathering bans satisfy the neutral and generally applicable requirements of Smith.

Bans on all mass gatherings, including religious ones, are perfectly constitutional in the midst of a pandemic. The Supreme Court once noted that “The right to practice religion freely does not include liberty to expose the community . . . to communicable disease.”[4] That sentiment still holds true today. Our constitutional rights are precious, but none of them are absolute—especially if exercising them endangers others.

Respecting the Needs of Worshippers is Essential to Containing COVID-19

Competition of Conspiracies: Conflicting Narratives of COVID-19 within the Grassroots Russian Orthodox Milieu