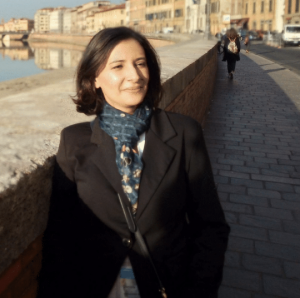 Daniela Tarantino is Lecturer at the University of Genoa, Italy

«These are almost unprecedented times in the longhistory of the Church. Future generations will look upon this time as the long one Lent of 2020». With these words begins the message that the president of the American Bishops’ Conference, Josè Gomez, addressed to all faithful at the beginning of the Easter triduum by announcing for GoodFriday, a day of national prayer to put an end to thepandemic caused by Covid- 19. «This Holy Week will be different. Our churchesmay be closed – concluded Gomez – but Christ isnot quarantined and his Gospel is not in chains.Even if we cannot celebrate together, each of uscan seek God in the tabernacles of our hearts» [1].

In fact, the current pandemic state limits severely gatherings and participation in liturgies and sacramentals. The Catholic Church has worked to find ways and times to answer to the Covid-19 emergency. In order to pursue the salus animarum– according to the “signs of the times” – the forms of exercise of the munera ecclesiae has been adapted, first of all those related to the munus sanctificandi, since they demonstrate the efforts to be close to the people of God, who demands of an ongoing “sociality” m that is wounded by the pandemic [2].

In this context, the sacrament of Reconciliation is of central importance, as it highlights the inseparable link between the formal and the substantive aspects of law, particularly in a legal system that has flexibility tools capable of applying the aequitas as a means of updating it [3]. The present circumstances made the sacrament of reconciliation even more necessary, stimulating the Church to recover ancient and exceptional forms of administration and at the same time to develop new ones. According to the norm of can. 960 of the Codex Iuris Canonici, the ordinary way of celebration of this sacrament remains the individual confession, but it is recalled that a collective absolution can be given where the imminent danger of death or a serious need occur (can. 961, CIC). This possibility is granted at the discretion of the diocesan bishop, who must take into account the criteria eventually established by the Episcopal Conference [4]. The absolution will be valid only if the penitent promises to confess his or her every single serious sins at the first opportunity (can. 962, § 1 CIC). The «Protocol on the resumption of celebrations with the people» signed on May 7th 2020 between the Episcopal Italian Conference and the Italian Government is established that from May 18th the sacrament of confession can be administered «in large and airy places», which allow «full respect for the distancing measures and the confidentiality required by the sacrament itself» [5].The Episcopal Italian Conference has “promoted”, or at least not hindered, the search for “alternative” forms of carrying out to perform, to celebrate the confession, that can be useful also other future emergencies that may make the ordinary administration of the sacrament of penance difficult.

This is the case of the drive-confession, an idea conceived in Maryland (U.S.A.), where Father Scott Holmer, a priest of the Catholic Church of St. Edward the Confessor, in the city of Bowie, began to confess the penitents faithful through the windows of their cars, parked in the church courtyard [6]. Several priests from Austin, inTexas, have invited parishioners to a penitential in car in the parish parking lot and each, locked in the car and at a safe distance, was able to receive absolution [7]. From the United States the idea spread to Europe, arriving first in Poland and then in France [8].

The «on the road» confession is certainly an unprecedented method of administering the sacrament, which however maintains the simultaneous physical presence of both the penitent and the confessor. More daring is the method suggested by Mons. Reinaldo Nann, Peruvian bishop of the Prelature of Caravelí, who authorized priests to celebrate confessions by telephone, emphasizing on reconciliation as “medicine of the soul”, and therefore underlining that the confessor is a medicus animarumas well as a iudex peccatorum [9]. In Bergamo, one of the Italian cities most affected by Covid-19, the priest Luciano Locatelli administers the sacrament of reconciliation throughwhatsapp, in the belief that «Jesus at the time would have done the same thing … I don’t care», said the priest, «who wants the sacrament to get right, but I share it with those who believe in the power of forgiveness to build a humanity that is worthy of the name» [10].

Although at first glance these new ways may appear daring if not even impracticable, proposals have also been made which envisage the use of digital tools for the administration of reconciliation. From a certain perspective, the use of technological tools appears impracticable given the absolute inviolability of the confessional seal (think of a video call or the presence of another person next to the penitent) [11]. But on the other hand, the violation of the seal does not operate due to the mere presence, certainly morally regrettable, of audio or video material hidden by the penitent or by a third person during the confession in order to record it, but only in the case of spreading or disclosure of the matter object of the sacrament [12].

Even the auricular confession made in places traditionally assigned to its administration does not always protect against the violation of the seal, whose absolute inviolability can be guaranteed by the awareness of both the confessor and the penitent of the sacredness of the act, which does not depend on the place where it happens neither by the way it takes place [13].

In this pandemic moment, the virtual embrace given by the word of comfort of a priest, can represent for the faithful a relief from the afflictions that weigh on the soul, a cure for wounds that mark the spirit. In particular, with reference to the modalities of administration of the confession, the Church should manifest herself not only as an institution, but also «as freedom of the Spirit» [14]. Moreover, during the pandemic the use of modern technologies has supported the diffusion of sacramental grace on several occasions, and it seems appropriate that priests should also be able to carry out their function as medicus animarum using, where possible, these tools, without placing obstacles formal. This may be an additional opportunity for this crisis «to become an opportunity to look at what is truly essential for our lives» [15].

[5] Cf. Ministero dell’Interno, Protocollo circa la ripresa delle celebrazioni con il popolo, in www.diresom.net.This is an exception to the can. 964 § 1.

[11] Precisely with reference to the hypothesis third-party registration and disclosure of what has been learned in confession, cf.  1388 § 2 and Congregation for the Doctrine of the Faith, Normae de gravioribus delictis, 21 maii 2010, art. 4 § 2, in Acta Apostolicae Sedis, CII/2010, 423).

[14] Francesco, in A. Ivereigh,Pope Francis says pandemic can be “a place of conversion”, www.thetablet.co.uk, 8 April 2020.

Why Religious Freedom Matters to Me